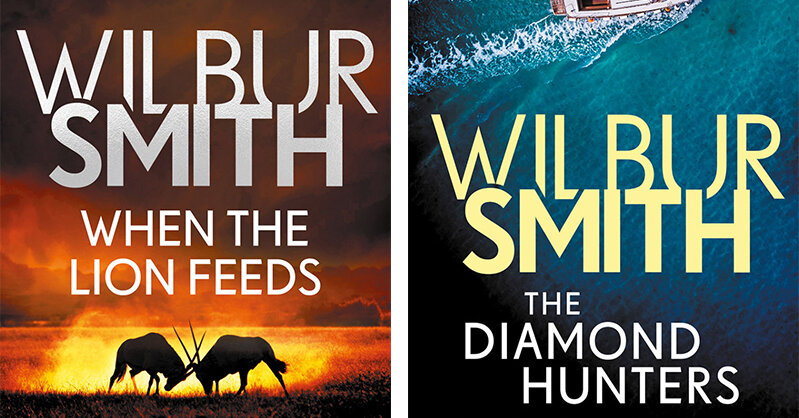 Wilbur Smith, a former accountant whose novels featuring lion-hearted heroes, greedy family dynasties, scorching lovers, cold-blooded pirates and big game hunters are said to have sold some 140 million copies in 30 languages, died Saturday at his home in Cape Town. He was 88 years old.

His death was announced on his website. No cause was specified.

For more than five decades, Mr. Smith’s historical thrillers and adventure novels, which often spanned generations and continents, have become a popular series and sequels franchise.

Reviewing his book “The Diamond Hunters” in the New York Times Book Review in 1972, Martin Levin wrote that “the medley that Wilbur Smith has assembled is rife with long-standing misunderstandings, eternal hatreds, insanely infamous shots and untimely rescues – delivered with the unmoved sincerity of the pulp greats.

Raised on a 30,000 acre cattle ranch in what was then the British Protectorate of Rhodesia (and is now Zambia), Mr. Smith was a bookish boy whose strict father discouraged reading. (“I don’t think he’s ever read a book in his life, including mine,” he told the Daily Telegraph in 2007.) But undeterred, he not only continued to read but also to write, drafting fictitious plots on official paper that he had taken from his job at the government’s Inland Revenue Service.

Mr. Smith completed his first manuscript in 1962. Twenty publishers sent telegrams rejecting him. He revised it and reduced it, on the advice of Charles Pick, deputy managing director of the Heinemann publishing house, to tell a story that draws more from his own experience. “Only write about things you are familiar with,” Mr. Smith said, Mr. Pick said.

Inspired by the life of his grandfather, who had been drawn to the Witwatersrand Gold Rush in the 1880s and fought in the Zulu Wars, and by his own upbringing on the ranch of his father, Mr. Smith wrote “When the lion feeds”, which was published in 1964.

It became the first in a successful series of what Stephen King referred to in 2006 as “Africa’s swashbuckling novels” in which “bodices tear and blood flows”. The following decades would bring other series, based in southern Africa and ancient Egypt.

He has put other books in places ranging from Antarctica to the Indian Ocean. “Wild Justice” (1979), one of the first of his books to become a bestseller in the United States (where it was published as “The Delta Decision”), was the story of the hijacking of a plane off the Seychelles – one of the many places Mr. Smith lived. (He also had homes in London, Cape Town, Switzerland, and Malta.)

Wilbur Addison Smith was born January 9, 1933 in Broken Hill, Northern Rhodesia (now Kabwe, Zambia). It was named in honor of Wilbur Wright, the aviation pioneer. His father, Herbert, was a rancher who became a sheet metal worker. Her mother, Elfreda, was a painter who encouraged her to read.

He contracted cerebral malaria when he was 18 months old. “It probably helped me,” Smith said later, “because I think you have to be a little bit crazy to try and make a living writing. He contracted polio as a teenager, which resulted in weakness in his right leg.

When he was 8 years old, his father gave him a .22 caliber Remington rifle. “I slaughtered my first animal soon after, and my father ritually smeared the animal’s blood on my face,” he writes in his memoir, “On Leopard Rock: A Life of Adventures” (2018) . “Blood was the mark of nascent virility. I refused to bathe for days afterwards.

He attended Michaelhouse, a private boys’ school in the KwaZulu-Natal Midlands of South Africa. He started a student newspaper there, but he hated school.

“Michaelhouse was a debilitating experience,” he recalls. “There was no respect for the students. The teachers were brutal, the prefects beat us and the older boys intimidated us. It was a cycle of violence that kept on going. Reading and writing, he says, have become his refuge.

“I couldn’t sing, dance, or wield a worthwhile paintbrush,” he told Australian website Booktopia in 2012, “but I could weave a pretty story.

He said he initially wanted to write about social conditions in South Africa as a journalist, but his father pushed him towards what he believed to be a more stable profession. After graduating with a Bachelor of Commerce in 1954 from Rhodes University in Grahamstown (now Makhanda), South Africa, he worked for the Goodyear Tire and Rubber Company for four years, then joined the company from manufacture of sheet metal from his father. When this business faltered, he became a government tax assessor.

He married Anne Rennie in 1957. They divorced in 1962 after having a son, Shaun, and a daughter, Christian. He married Jewell Slabbart in 1964; they had a son, Lawrence, before this marriage also ended in divorce. In 1971, he married Danielle Thomas; she died in 1999. The following year he married Mokhiniso Rakhimova, who was 39 years his junior and whom he met in a London bookstore. He adopted his son, Dieter Schmidt, from a previous marriage. Complete information on the survivors was not immediately available.

A few of Mr. Smith’s books have been adapted for film, including “Shout at the Devil” (1976), starring Lee Marvin and Roger Moore.

Mr. Smith had his critics, who saw some of his writings as glorifying colonialism and promoting racial and sexist stereotypes. And he hasn’t always been the favorite of critics.

He maintained, as he told Australian publication The Age, that he paid little attention to it. “The arrogance of the critics is so stupid,” he said. “They’re judging the Great Danes against Beijingers. I don’t write this literature – I never set out to write it. I write stories.

“Now, when I sit down to write the first page of a novel, I never think about who will end up reading it,” he reportedly said on his website. He recalled the advice of his first publisher, Mr. Pick: “He said, ‘Don’t talk about your books with anyone, even me, until they’re written.’ Until it’s written, a book is smoke on the wind.

Later in his career, Mr. Smith produced two books a year, with the help of a stable of recognized co-authors.

“Over the past few years,” he said when announcing these collaborations, “my fans have made it clear that they would like to read my novels and revisit my character family faster than I can write them. “