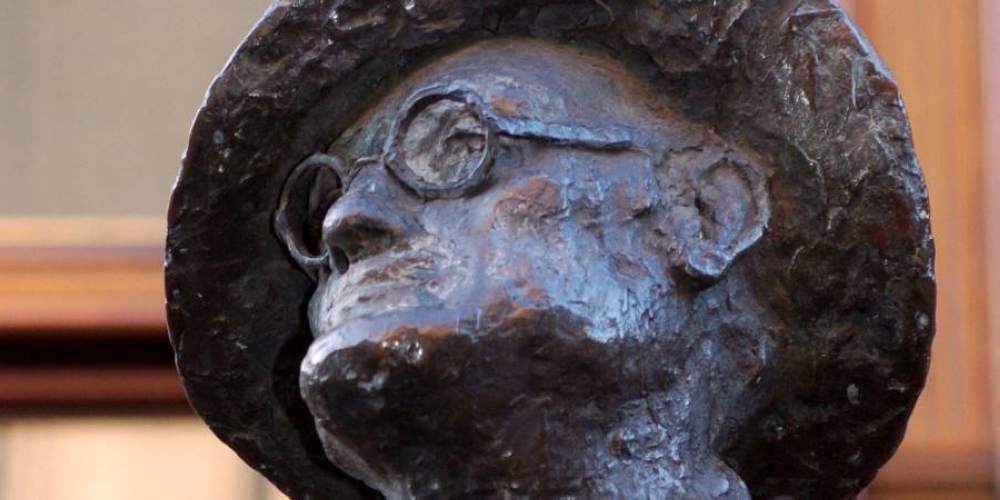 A statue of Irishman James Joyce, author of one of Dublin’s most famous literary masterpieces ‘Ulysses’ in Dublin. —Photo Reuters

DUBLIN, Oct. 8 — A festival dedicated to James Joyce’s novel Ulysses is touring 18 European cities, with artists and writers linking the work to contemporary issues such as immigration.

Ulyssespublished in 1922, is one of the key novels of the 20th century, and its centenary has already sparked many celebrations in Joyce’s native Ireland.

But Liam Browne, co-artistic curator of ‘Ulysses European Odyssey’, said the tour had to go beyond the kind of literary fandom seen at home.

“What interested us was Joyce as a European figure, rather than an Irish figure,” he said. AFP on the sidelines of the event tour in Marseille on the south coast of France.

“In his imagination he was engaging with Dublin to write his novels, but in reality his day-to-day existence was in those European cities,” Browne said.

The coarse language and sexual content of “Ulysses” meant there was no chance of it being published in conservative 1920s Ireland or anywhere else in the English-speaking world.

It became the target of an obscenity trial in the United States and was banned in Britain for over a decade.

It was finally published in Paris by the American Sylvia Beach, owner of the “Shakespeare and Company” bookstore, which is still a meeting point for budding writers today.

The novel tells the story of a single day in the life of Dubliner Leopold Bloom, while Joyce connects the day’s events with those of Homer. Odysseyy. Researchers are always busy tracing the subtle connections.

The book has a reputation for being difficult to understand, with the New York Times predicting in his 1922 review that “not ten men or women out of a hundred can read Ulysses through”.

Fans around the world still celebrate “Bloomsday” in Joyce’s honor every year on June 16.

One of the aims of the European tour – involving actors, directors, writers, musicians, photographers and even food experts – is to connect the novel to today’s hot topics.

“We wanted a multi-art response and we wanted art to engage with society and social issues,” Browne said. “Nationalism, exile, sexuality and the place of women in society.

Joyce, who grew up in Dublin, later lived in Paris, Trieste in Italy and Zurich in Switzerland, where he died.

“We felt the book wouldn’t have become what it was without Joyce’s exile to Europe,” said co-artistic curator Sean Doran. “We are fascinated by this concept of a house,” he said.

Marseille, he said, was “perfect for exploring this subject, people here come from all over the Mediterranean”.

Marseille-based British-Irish artist duo Myles Quin and Gethan Dick chose immigration and exile for their weekend performance, featuring recent arrivals from Afghanistan, Sudan, Algeria, Guinea and Syria in their description of the trauma of trying to cross the Mediterranean in search of a better life.

“It seemed impossible to talk about them without making them actors in the performance,” said Sophie Cattani, co-founder of the local artistic collective “ildi! eldi”.

Other locations on the tour, which is sponsored by the EU, include Athens, Budapest, Berlin and Istanbul.

Dublin will be its penultimate stop in 2024. The tour ends in Londonderry, also known as Derry, Northern Ireland, with female artists from other locations joining in the festival finale. — Studio ETX