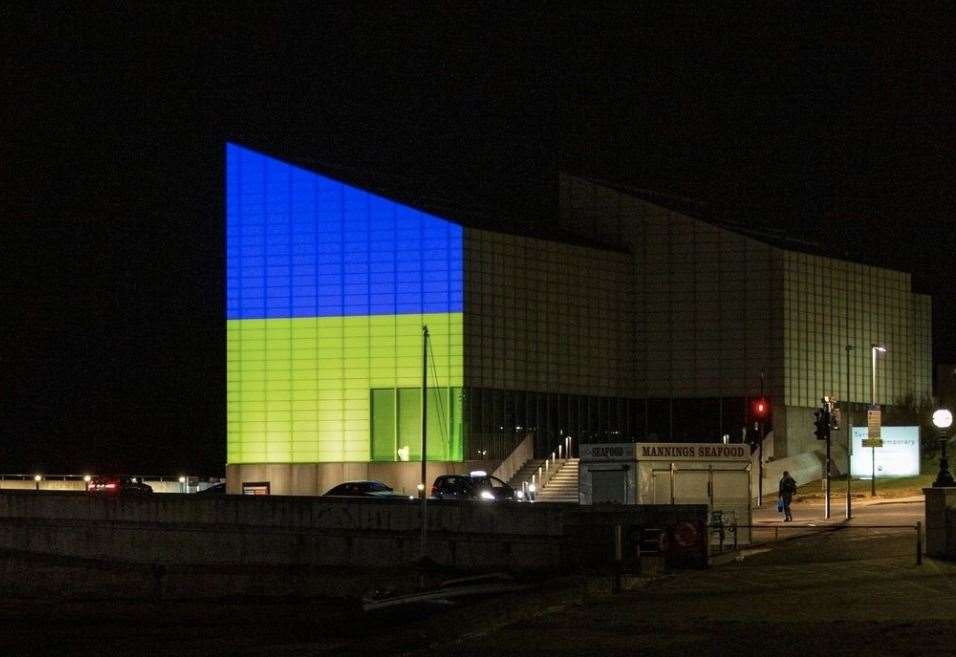 Monuments in Kent have been lit up in yellow and blue as they show support for Ukraine as the crisis continues.

In Margate, the Turner Contemporary projected the country’s flag onto the side of the iconic building.

Sharing the image on Instagram last night, the art gallery said: “In light of the events unfolding in Ukraine tonight, Turner Contemporary, Margate lights up the gallery in the colors of the country’s flag.”

He then listed the charitable ways people can help support those caught up in the crisis.

At Medway, the spire of Rochester Cathedral also sported the colors.⁠

On Twitter, he said: “Our arrow is lit in the colors of the Ukrainian flag as we pray for peace. #prayforukraine.”

As Canterbury Cathedral remains unchanged, a message of support was given by Dean Robert’s service in the garden yesterday morning which was posted on Facebook.

“Our greatest concern right now, all over the world, is the situation in Ukraine and our hearts are filled with grief, affection and prayer for the people of Ukraine at this time,” he said.

The colors were shown on the London Eye, Nelson’s Column and the water fountains in Trafalgar Square as people gathered in nearby Downing Street to denounce Russia’s invasion of its neighbour.

President Vladimir Putin has denied for months that he would invade the neighboring country, but earlier this week sent forces across the borders.

A resident of Ukraine’s capital Kyiv described the damage as “surreal” after sharing photos of children playing in the rubble of a decimated tower.