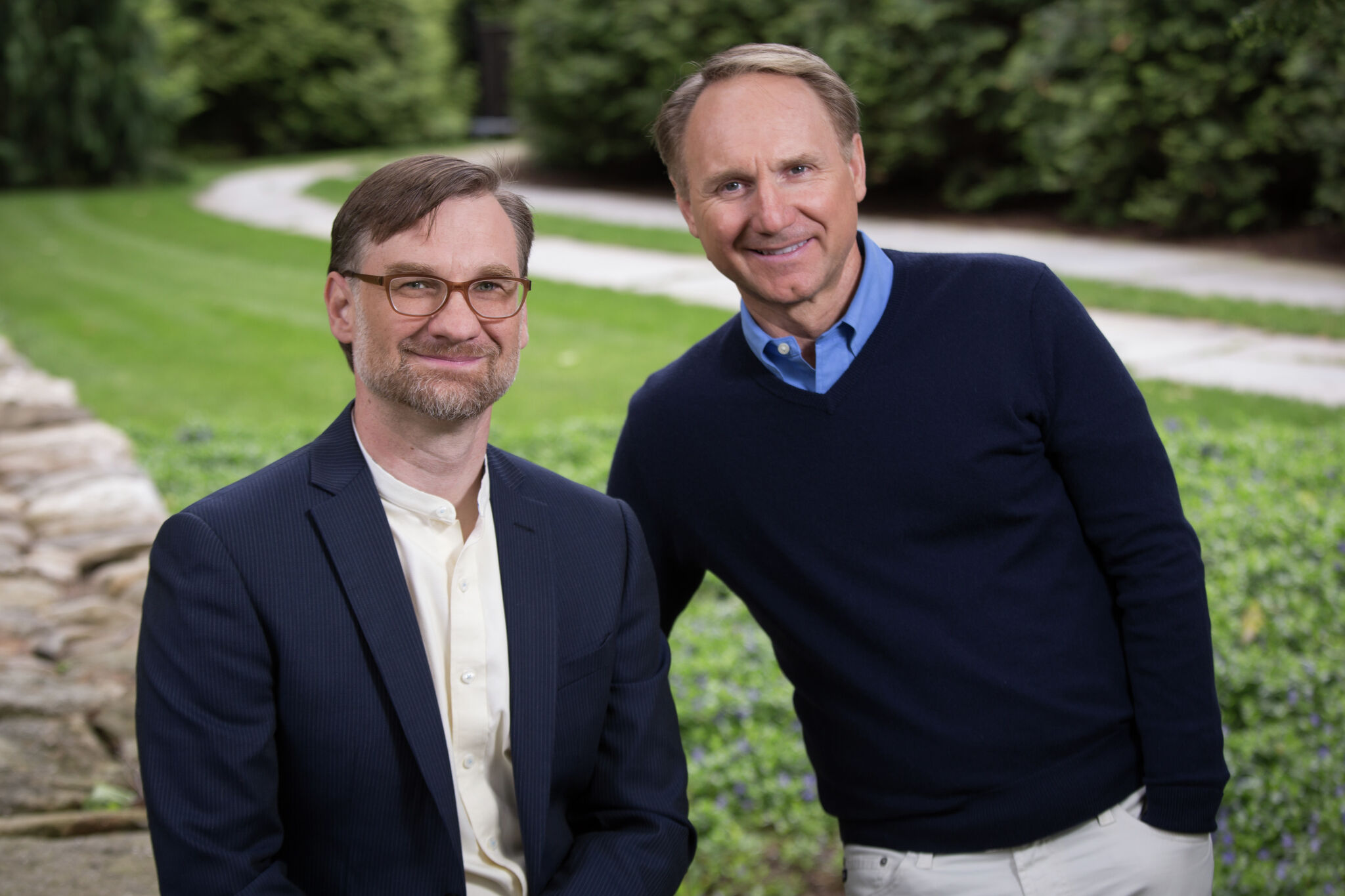 What if Robert Langdon, acclaimed professor of symbology at Harvard University (and fictional hero of Dan Brown’s bestselling novels, including “The Da Vinci Code”) explored hidden symbols and secret codes buried in the music rather than art and architecture? The answers will be revealed in “Sub-Rosa: Secrets Revealed,” a choral music program with the Skylark Vocal Ensemble on Saturday, April 30 at the Mahaiwe Performing Arts Center in Great Barrington, Mass. The concert is presented by Close Encounters with Music.

The concept for the program was born about five years ago during conversations between Matthew Guard, founder and artistic director of Skylark, and Gregory W. Brown, a well-known composer who is the brother of Dan Brown. Turns out there’s a lot of music in the Brown family. Their mother was a church organist while their father was a math teacher. Early in his professional life, Dan Brown continued his career as a pop songwriter. He gladly accepts to be part of the choral music project.

“Sub Rosa” will have a strong visual element with photographs, illustrations and animations that accompany the music. Think of Tom Hanks as Langdon with his PowerPoint. But rather than Hanks/Langdon, the smart one unlocking and explaining the esotericism will be author Dan Brown himself via video also along with several other experts. Guard, the conductor, doesn’t promise the presentation will be as well-paced as a Robert Langdon page-turner, but he says so far “it’s been fun and interesting.”

Skylark has a well-deserved reputation for its creative programming and has been nominated for three Grammy Awards in its 10-year history. By bringing together the components of “Sub-Rosa”, Guard has perhaps outdone itself in terms of the historical breadth of the repertoire. The music ranges from medieval with Hildegard Von Bingen to contemporary times, with music from four living composers. Also showing Guillaume Dufay, Benjamin Britten, Edward Elgar and Per Norgard among others. Gregory W. Brown and Melissa Dunphy wrote new work specifically for the program, which is performed by the 16-voice ensemble at three eastern Massachusetts locations during the week before they arrive in the Berkshires.

“Long-forgotten historical connections have been buried in manuscripts of choral music over the centuries, and I think our audience will be fascinated to discover them,” says Guard.

Also on Saturday, April 30, the East New York Chapter of the American Guild of Organists celebrates its centennial with a free concert at 3 p.m. at St. Peter’s Episcopal Church in Albany. The featured artist is Joey Falla, who is director of music at Chapel Hill Presbyterian University.

Falla grew up in Hawaii and took a circuitous route to becoming a professional organist, which involved spending a lot of time in the capital area. Falla studied at RPI in Troy where he obtained a bachelor’s degree in architecture and a master’s degree in lighting, while serving as organist at First United Presbyterian in Troy. He then oriented himself thoroughly towards music and passed a master’s degree in interpretation at Yale. He was also a resident scholar at Duke.

A highlight of Falla’s program will be a new work with a touch of Albany. Al Fedak’s “An Albany Processional” is based on the hymn “Albany”, which was written in 1886 for the city’s bicentennial by John Albert Jeffery (1855-1929), organist at All Saints Episcopal Cathedral. Fedak is an internationally renowned composer of sacred music and is currently organist at First Reformed in Scotland. It’s not hard to imagine that future generations might one day pay homage to his music in the same way.

There is a familiar footnote to this event listing. It was planned to take place in 2020 but the pandemic got in the way. The AGO Chapter was founded in September 1920 and currently consists of over 100 organists, conductors and organ enthusiasts in the greater Capital District.

The organization offers professional networking, support and fellowship and produces a few concerts a year. Follow the group on: enyago.org.

joseph Dalton is a freelance writer based in Troy.