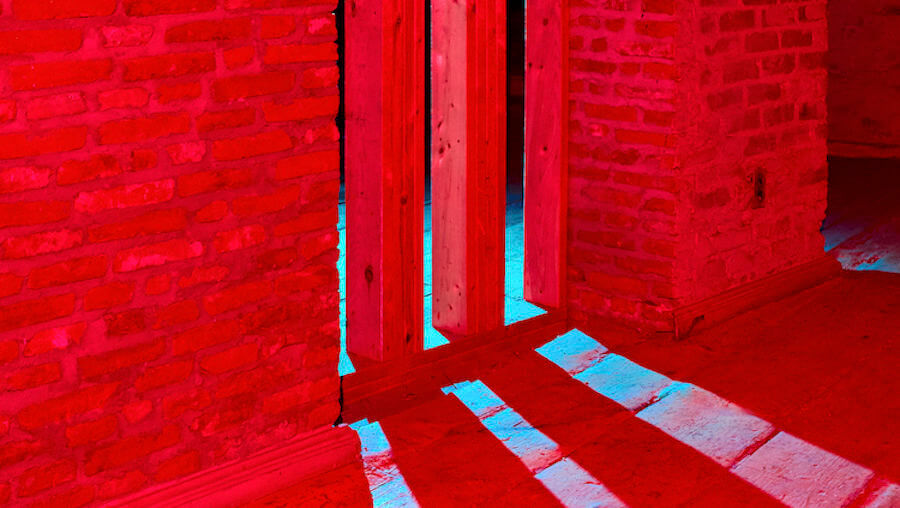 Bedridden with COVID last Monday, I had the opportunity to follow the live online broadcast of the PHI International Contemporary Architecture Competition, during which five teams of architects presented their design plans for a new space of contemporary art integrated into a complex heritage site in Old Montreal. The project, initiated and funded by cultural entrepreneur and philanthropist Phoebe Greenberg, will be the institution’s third location in the city, expanding PHI’s cultural offering, which is currently offered by two other venues: the PHI Foundation for contemporary art and the PHI Centre. The new 74,000 square foot project will include an exhibition hall, a network of new media galleries, research and studio facilities, as well as new open spaces accessible to the public.

Between coughing and cups of tea, I managed to clip my phone to my flat screen and started watching. What a treat! In a strictly timed event, five teams presented their design concepts and spatial solutions for the new contemporary art space. Of course, I was engaged. (I must admit that I was personally involved to a certain extent. With my PRODUCTORA design office, I had, a few months earlier, responded to the “call for applications” published by PHI. I had carefully read the brief and I had established my own vision of the issue of preservation and the institutional ambitions expressed therein. We even proposed a vision of the design. Unfortunately, we were not selected.)

In November 2021, PHI Contemporary selected a shortlist of ten firms (or teams). They were mostly Europeans, with the exception of the in situ architecture studio in Montreal, the New York firm SO-IL and the Chilean architect Smiljan Radic. The team consisting of Pelletier de Fontenay from Montreal and Kuehn-Malvezzi from Berlin was the only joint venture, as prior mutual experiences in Canada were a requirement for the collaborations; they had just delivered the Montreal Insectarium together. After a first round of proposals, the selection was reduced from ten to five participants.

During the online event, the five companies showed videos and slideshows to illustrate the general ideas of their buildings. After each presentation, the architects were interviewed by a strong and diverse jury including Amale Andraos of WORKac; artist Miles Greenberg; Phoebe Greenberg, founding director and CCO of PHI; Jacques Lachapelle, professor at the University of Montreal; architect and curator Ippolito Pestellini; the artist Jean Michel Othoniel; and Dan Stubbergaard of Cobe. Questions ranged from technical-administrative issues (such as local urban restrictions, ADA accessibility, or excavation costs) to broader questions related to Montreal’s problematic colonial history and how architects could respond to socio-historical problems of the city.

While enjoying the live transmission in which myriad perspectives on the design task were presented openly, I couldn’t help but think of a press release released by the Metropolitan Museum of Art in New York in March. The announcement said Mexican architect Frida Escobedo had won the competition for a $500 million renovation of the Met’s modern and contemporary galleries. The news came as a bit of a surprise because in 2015 the Met announced that its new wing (an ongoing pursuit for over a decade) would be designed by David Chipperfield. Now, after some internal moves within the museum’s management, including director changes and revised funding strategies, the Met had held a new competition inviting five companies to submit new ideas for the museum’s extension.

The list was certainly exciting. First there was David Chipperfield again, who, although more conservative, is undoubtedly one of the most talented and sensible designers with an impressive track record of interventions in historic buildings. Then there was SO-IL, a progressive New York company that just wrapped up the beautiful Amant Foundation in Brooklyn. From Spain, there was the Estudio Ensemble, whose radical assemblages produced astonishing poetic structures. From France there was Lacaton & Vassal, the 2021 Pritzker winners who carry out breakthrough work centered on economy of means, value engineering, energy efficiency and, often, the improvement of social housing. (I had trouble imagining the socialists Anne Lacaton and Jean-Philippe Vassal(accustomed to dealing with city planners and bureaucrats) addressing members of the Met’s board of directors.) The fifth and final nominee was Frida Escobedo, a talented colleague from Mexico City who managed to sway the jury towards the proposal of his company.

Much like in 2015, when Chipperfield was declared the architect of the new wing, the museum has not revealed a single image of its chosen proposal. The press release mentioned that Escobedo’s design “will create an enduring space for art while reconciling the wing’s relationship to the existing building and park”, that it “is inspired by multiple cultural narratives, values ​​local resources and resolves urgent socio-economic inequalities and environmental crises”. that define our time” and that it will be “a vibrant and uplifting space. So there, not much. I can’t help but think about the missed opportunity of excluding the public from a perspective on the competition proposals and the selection process. The enormous efforts undertaken by these five world-class design firms, each presenting different perspectives on how a public-private institution like the Met can engage with the public realm and Central Park, will never see the light of day. due to very restrictive non-constraints. disclosure agreements.

The public debate that such an iconic project could spark is effectively silenced by boardroom secrecy and high-level internal politics. Since the Met is ultimately both a private and public institution (mainly privately funded, but in a building owned by the City of New York, and therefore supported by taxpayer dollars), the general public have some right to a glimpse of what these design proposals are about? The Met, which likes to present itself as an enlightened institution at the service of the city and the public, shouldn’t it invite a broader debate on cultural institutions, architecture and the city? When I asked my colleagues in New York about this missed opportunity to publicize these competition entries (and perhaps even the judging process), I received only noncommittal comments, basically saying “it’s not not the way things work here”. Fully agree. Who am I to question the current situation? Yet an inner voice asks: If we believe that architecture is a public practice and a discursive cultural profession, then shouldn’t public debate be encouraged? Shouldn’t we point out missed opportunities and point out where lessons can be learned?

I recommend checking out the PHI Contemporary Architecture Competition website. You can follow the calendar and the progress of the competition in detail, understand the institutional ambitions and review the composition of the jury. Although no project images are shown until the final resolution of the proceedings (which I fully support as I oppose public interference in the selection process through populist voting or harmful commenting processes ), the general public was invited to attend the design presentations in person. or online. The website even offers an overview of the amount paid by each company at each stage of the selection procedure. If, in Montreal, Phoebe Greenberg aims to “create an open space dedicated to probing the most relevant ideas of our time through her invitation to the public”, then this competition procedure is certainly a first step in the right direction.

Wonne Ickx is co-founder and partner of PRODUCTORA. He lives in New York.