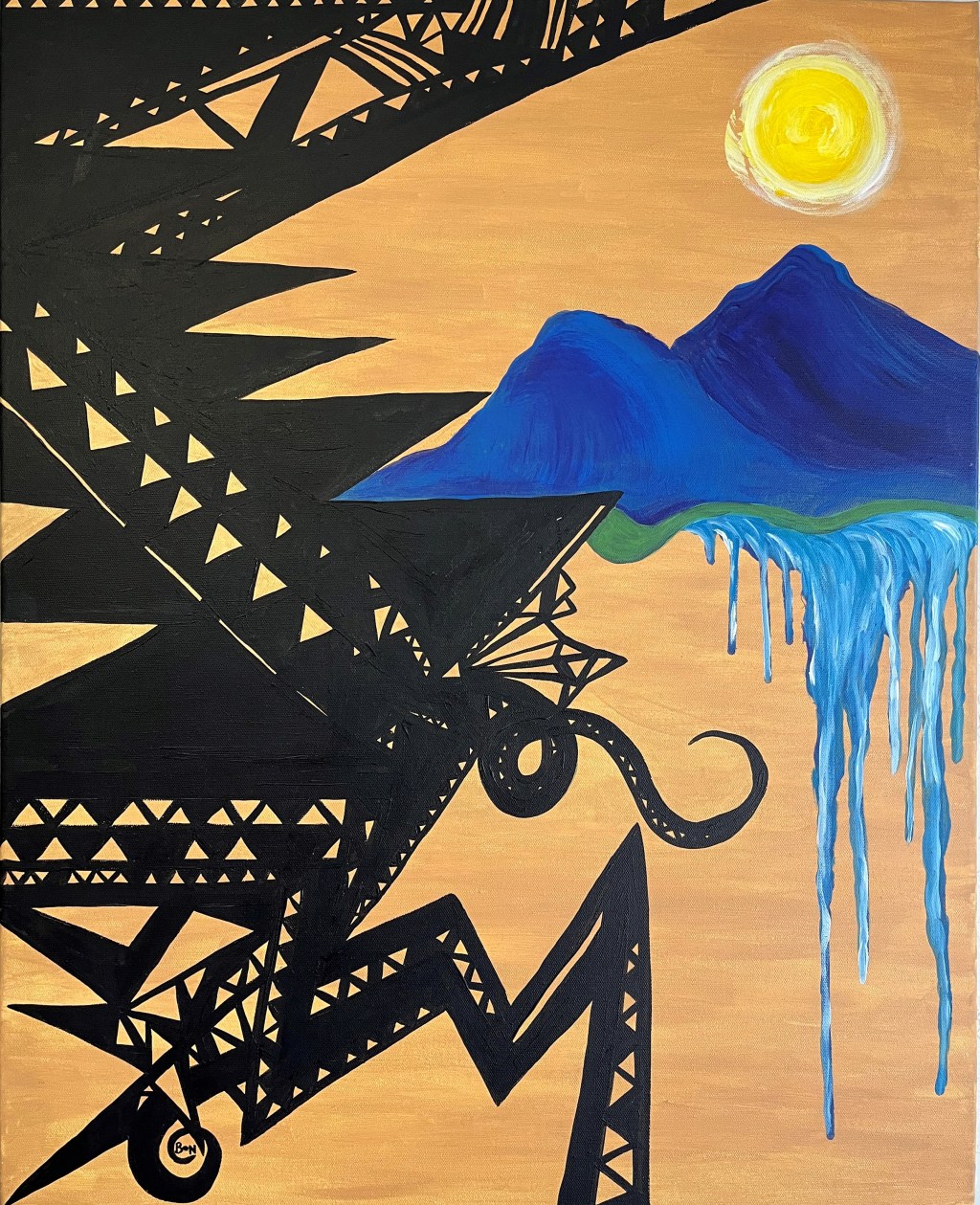 The Mendocino Art Center hosts an exhibition of contemporary Indigenous artists, “We Are Still Here” – The Mendocino Beacon

Mendocino, CA – The Mendocino Art Center (MAC) is hosting “We Are Still Here,” an exhibition that allows three artists from three different Pomo regions to honor the cultural landscape and continuing lifestyles of the Pomo people. The exhibition, from May 6 to June 27 in the three galleries of the MAC, presents the artistic talent of Bonnie Lockhart (Northern Pomo/Kai Poma), Meyo Marrufo (Eastern Pomo) and Eric Wilder (Southwest Pomo/Kashaya).

“As Native Americans, we need more places to share our story, and for us, that’s often through our artwork. Through our art, we show the community that we’re still here. “, said artists Lockhart, Marrufo and Wilder. “We are more than basket weavers,” continued Wilder. “As Aboriginal people, we have fused our traditional culture with contemporary art.

Meyo Marrufo is Eastern Pomo from the Clear Lake Basin, and his tribe is the Robinson Rancheria Band of Pomo Indians. Meyo began working for her tribe as a Cultural Resources Assistant in the Environmental Department. Currently, Meyo is the environmental manager for another Pomo tribe in central California. She also teaches courses on the continuation of tribal knowledge and its renewal for future generations in Northern California.

When Meyo started coming of age, she began learning traditional Pomo regalia and food preparation from scratch. As she deepened her artistic practice, she began to share her knowledge of cultural arts, badge making and traditional foods with others. Meyo connects her digital works (as she calls finger doodles) to traditional Pomo life, customary dance and basket designs. With the cultural nature of Pomo basket designs, Meyo weaves the “basket language” of meanings and uses into her designs and beadwork. Each pattern represents a different strength and can change tone with different color arrangements. Meyo works on the ground for the protection of the Pomo cultural landscape. She works in a conscious and direct way, to better impact the restoration and protection of tribal ways of life.

Bonnie Lockhart (Sherwood Valley Band of Pomo Indians, Kai Poma) was raised on the Pinoleville Indian Reservation just outside of Ukiah. As a child, Bonnie spent much of her free time drawing, playing outside, climbing trees, watching the sunset, strolling in the nearby stream, and singing for the plants in the preserve. Bonnie and her little sister Sequoia traveled with her parents to the coast and into the redwoods pointing out medicine, baskets and animals. Growing up, Bonnie doodled on her homework, eventually sketching trees, birds, waves and grasses – inspired by the starlings she observed in the sky, illustrating the beauty around the reserve and the special places she visited in Mendocino County.

In her early twenties, Bonnie was living in Monterey with her sister Sequoia, who worked at a local art store and filled their living room with clearance art supplies. The sisters began painting together and Bonnie discovered that working with acrylic opened up a deeper sense of spiritual connection, through storytelling.

Now, a decade after Bonnie started painting, she often spends time touching drugs to memorize the texture of leaves, standing at sunset to absorb the heat of the sun, sitting next to the ocean and to hear the sound of water crashing on the rocks. Working with wet and dry mediums, paint and natural materials, Bonnie paints and weaves. She continues to grow and learn while drawing inspiration from the changing colors of the mountains, the diversity of clouds in the sky, the feel of the wind, the growth of sedges and the way the river reflects. in sunlight. Through art and culture, Bonnie continues the tradition of mentoring young people by passing on the knowledge passed down to her to the next generation.

Eric Wilder is a member of the Kashia Band of Pomo Indians at the Stewarts Point Rancheria in northwestern Sonoma County, south of Point Arena, California. Eric grew up on the Kashia reservation and has been interested in art since childhood. He is the grandson of Essie Parrish, the last spiritual physician of the Kashia people, and grew up learning her teachings, songs, dances, and crafts. Wilder has come full circle, both as a leader of his tribe and professionally as an artist. It took time for Eric to grasp everything he has learned so far in his life and even to accept himself as a professional artist.

It wasn’t until the age of 29 that Wilder finally broke into a professional art career by entering a comic book store drawing contest and winning. Soon after, he found work with companies such as Jumpin’ Jack Software and Big Ape Productions and developed games for LucasArts, Fox Interactive and MTV. He has worked as an animator, level designer, character designer, scriptwriter and concept artist at various stages of his career and has worked on notable games such as Star Wars Phantom Menace, Celebrity Deathmatch and The Simpsons Wrestling.

Following his gaming career, Wilder was elected to the Kashia Tribal Council for two terms as Tribal Secretary and then two terms as Tribal Chairman. After fulfilling his elected roles of tribal leadership, Eric once again found himself looking for a new direction to take his life and career. With encouragement from friends, fans and peers, Wilder entered the Art in the Redwoods show in 2013 and won 2nd place in the pen and ink drawing category. It was the motivation that linked him to his talent as an artist. Since then he has done two art vernissages for exhibitions showcasing his work in different venues, he sells his range of greeting cards and is always experimenting with new mediums to display his creations.

The Mendocino Art Center, recognizing that its facilities are on Indigenous soil, offers its deepest apologies and condolences for the oppressions suffered by the Indigenous peoples of these lands. With education, understanding, and cooperation, we can do better as a people, to help heal past transgressions through future stewardship, as well as mindful practice. In this exhibition, her MAC’s greatest hope is to extend shared intentions to larger communities, to create greater understanding and dialogue. The MAC is honored to showcase these Indigenous artists, to hear their voices, to contemplate their visual stories and to welcome their rich and diverse heritage, in our one community.

Alongside the exhibit, the Mendocino Art Center and the Mendocino Area Parks Association (MendoParks) are collaborating on a tile art project in the new Ford House restroom in Mendocino, featuring original artwork by Lockhart, Marrufo, and Wilder. The conceptualized themes celebrate the lifestyles of the Coastal Pomo people and launched a truly collaborative art project, with each artist painting different themes and sections of the murals. The restrooms are scheduled to open in June 2022.

Admission to the gallery exhibition is free. For more information, call 707-937-5818 or visit MendocinoArtCenter.org. The Mendocino Art Center is located at 45200 Little Lake Street (at Kasten Street) in Mendocino. The gallery is open every day, from 11:00 a.m. to 4:00 p.m.