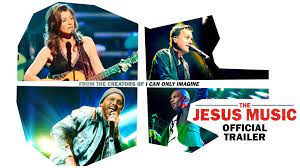 * “Jesus’ musicÂ»Is a documentary written and directed by Jon and Andrew Erwin. He explores contemporary Christian music from its beginnings until today through the stories of artists of the faith.

Amy grant and Michael W. Smith serve as executive producers on the Lionsgate movie, playing exclusively this weekend. The image gives a fascinating tale of the start of the CCM, which was unleashed in the late 1960s in the wake of the Vietnam War, emerging drug culture and civil unrest.

Disillusioned hippies searched for meaning in life as they rejected the ideology of imprisonment by pursuing the American dream like their parents. They found acceptance in a small, unknown church called Calvary Chapel in California, where the flower children of the 1960s fully immersed themselves in the message of salvation through Jesus Christ. The film focuses on the pioneers and growth of this unique musical genre over each decade and how the music has adapted to today’s culture through extensive footage and interviews.

One of the most captivating details revealed by the archival footage was Reverend Billy Graham’s immense support for the artists of the CCM. He encouraged the view of coming as you are as a means of winning more souls for Christ. While on the other hand, other preachers like Jimmy swaggart repelled Christian rock artists like Stringer, which he considered to have satanic influences.

Former members of DC Talk, Michael Tait, and Toby Mac, who interviewed for the film, recalled their immense success and constant struggles as their importance grew. Amy grant also revealed the struggles throughout her career she faced when she decided to sing a pop song, her ensuing divorce and the controversy surrounding her marriage to the country music star Vince gill.

Overall, the film offers a hopeful and celebratory perspective on the progress of CCM and how future generations will continue to magnify the message of salvation.

EURweb.com spoke to Executive producer Kevin Downes about the cinema.

The Jesus Music opens today, October 1, in theaters only.