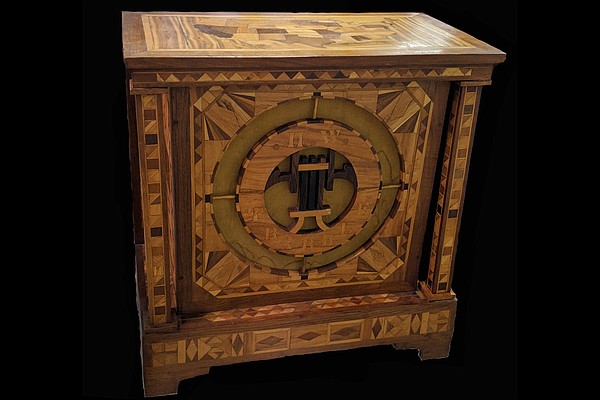 Elsewhere in entertainment, events and the arts:

The music of three living composers is on the program of the Arkansas Symphony Orchestra’s River Rhapsodies chamber music concert, Tuesday at 7 p.m. in the Grand Hall of the Clinton Presidential Center, 1200 President Clinton Ave., Little Rock.

The concert will be recorded with multiple high definition cameras and high quality sound; it will be available to ticket buyers a week later, starting at 7 p.m. on April 19.

The series sponsor is Bank of America. Tickets are $26, $10 for students and active duty military. Call (501) 666-1761, ext. 1, or visit ArkansasSymphony.org. The Clinton Center requires proof of covid-19 vaccination for admission.

The Walton Arts Center in Fayetteville will present “Marvel Studios’ Black Panther in Concert” including a screening of the full 2018 film with a full orchestra live on stage performing the Academy Award- and Grammy-winning score by Ludwig Goransson, Friday at 8 p.m. at Walmart AMP, 5079 W. Northgate Road, Rogers. Anthony Parnther conducts; the orchestra will include members of the Symphony of Northwest Arkansas. Tickets cost between $25 and $75 plus fees. Call (479) 443-5600 or visit amptickets.com.

Arkansas Public Theater will hold auditions for “Art” by Yasmina Reza (translated by Christopher Hampton), 7 p.m. May 9 at the Victory Theater, 116 S. Second St., Rogers. Doors open at 6:30 p.m. The auditions will consist of script readings. An audition package, including audition times, audition scenes, character descriptions, and rehearsal schedule is available for download at arkansaspublictheatre.org/castingandvolunteering. Recalls, if necessary, will take place on May 10. Production dates are June 17-18 and June 23-26. For more information call (479) 631-8988 or email [email protected]

“Creative Minds in the Ozarks”, artifacts by Ozark artists, including wood carvings by Roy Harris, sketches and paintings by Elsie Mistie Sterling, and wood inlays by Henry Tribble, will be on display Saturday in the Hailey Building of the Rogers Historical Museum , 313 S. Second St., Rogers. The exhibit will be in place until June 25, from 10 a.m. to 4 p.m., Tuesday through Saturday. Free entry. Call (479) 621-1154 or visit rogershistoricalmuseum.org.

THEATER: Satire in the round

TheatreSquared opens its doors “Chad Deity’s Elaborate Entrance” by Kristoffer Diaz on Wednesday, April 13 with performances at 7:30 p.m. Tuesday-Friday, 2-7:30 p.m. Saturday, and 2 p.m. Sunday-May 8, in the round at his West Theater, 477 W. Spring St., Fayetteville. A press release described the Pulitzer Prize-winning play as satirizing the world of professional wrestling while “fueling racism, xenophobia and America’s appetite for spectacle.” Tickets cost between $20 and $54. Call (479) 777-7477 or visit theatre2.org