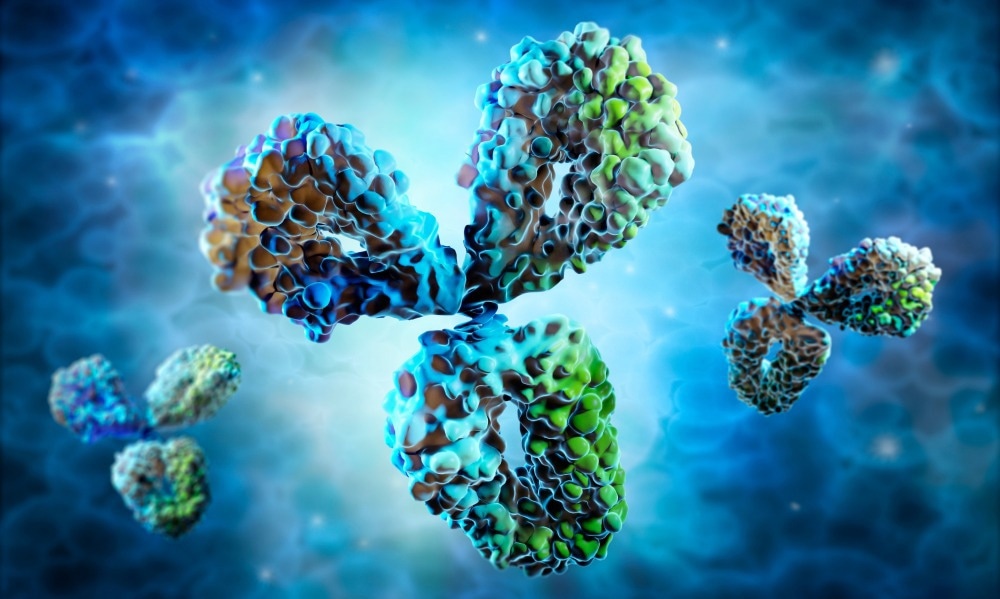 In a recent study published in the journal Nature, researchers are investigating whether pairs of unrelated B cells of naïve, unswitched, memory, and plasmablast phenotypes that have similar heavy chains also have the same light chains.

Grouping antibodies by function has been a challenge, despite this. Theoretically, antibodies that perform the same function should have similar epitopes and complementary paratopes. However, while the in vitro assaying antibodies for specific binding to antigen is relatively simpler, only a small number of antibodies can be assayed for their neutralizing activity.

Clonotypes are groups of antibodies from a single donor from a common ancestral recombinant cell. Similar clonotypes performing identical functions have been found within and between individuals.

Studies of influenza, Zika, and human immunodeficiency virus (HIV) have found that antibodies show some fidelity in their heavy and light chain genes. However, light chain consistency, which is the occurrence of similar light chains in unrelated B cells not belonging to the same clonotype with similar heavy chains, has not been examined.

In the current study, researchers sequenced full-length antibody genes from 1.6 million matched B cells of naïve, unswitched, plasmablast, and class-switched memory phenotypes obtained from samples of peripheral blood donated by four unrelated individuals. The sequences covered the leader region of the V gene and parts of the constant regions used to determine the subclass and isotype of the antibody.

The sequences were divided into naïve and memory B cell groups based on somatic hypermutations occurring outside the junction regions estimated from the V gene alleles inferred for each donor. Antibody sequences with no mutations were considered naive, and the rest were considered memory B cell sequences. Categories sorted by flow cytometry were used to confirm these assignments.

Pairs of B cells with similar heavy chain V genes and the length of the third antibody heavy chain complementarity determining region (CDRH3) were compared separately for naive and memory cell types to determine whether the genes of the light chain were also similar.

Under the hypothesis that the antibody recurrences would arise from common recombination events, the junction sequence was analyzed by aligning the antibody sequences to the V(D)J reference sequences. This allowed the researchers to determine whether the observed recidivism rates were comparable to the rates expected by chance.

Simulations were also used to predict the number of recurrent naïve antibodies. Recurrent antibodies were also compared to arbitrary antibodies to determine the complexity of junction regions.

The results suggested 82% light chain consistency in memory B cells of different origin with the same heavy chain genes for the V region and 100% CDRH2 amino acid identity. In comparison, naive B cells, which did not undergo functionality selection and do not contain somatic hypermutations, exhibited only 10% consistency in their light chains.

Analysis of independent datasets related to coronavirus disease 2019 (COVID-19), multiple sclerosis, Kawasaki disease and other diseases suggested 93% light chain consistency in memory B cells. However, pairwise comparisons of the current data with other older and more recent independent data revealed a light chain consistency of 70%, thus eliminating the possibility that these results are explained by cross-contamination.

Furthermore, randomly swapping 10% of memory and naive B cells resulted in 82% light chain consistency for memory B cells and 17% consistency for naive cells, thus ruling out possible misclassification. cells.

Overall, the current study reported that light chain coherence is ubiquitous in memory B cells, while recurrence in naïve cells is purely a function of chance.

Light chain consistency is correlated to selection and acquired functionality. This observation explains why it is less common in naïve B cells and more prevalent in memory B cells that undergo central and peripheral selection upon antigen exposure.

Moreover, the recurrence of naïve and memory B cells is associated with reduced junction complexity in recurrent antibodies compared to arbitrary antibody junction regions, thus explaining their recurrence rates.

9 of the best TV shows to watch in November