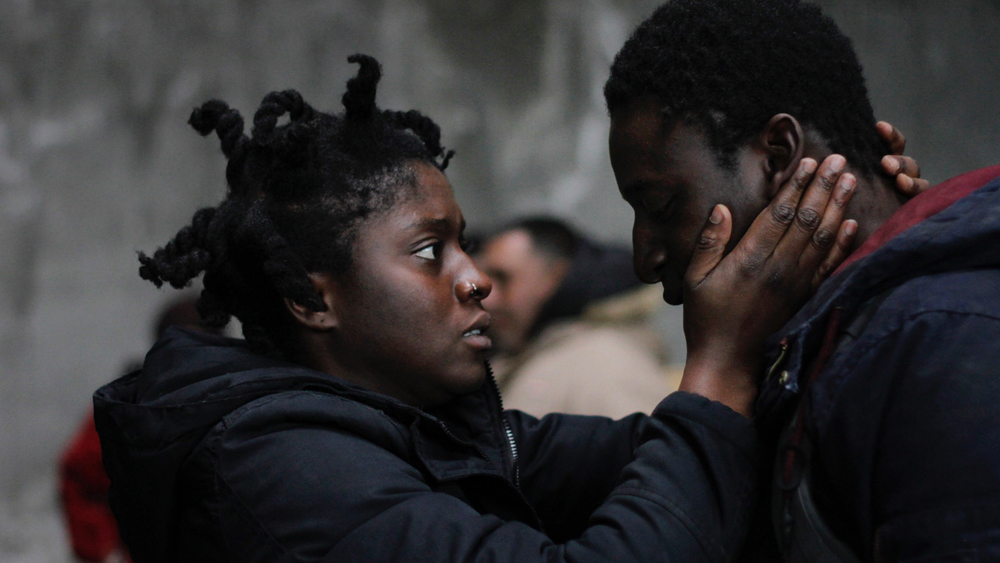 Serbian director Stefan Arsenijević is competing for the Crystal Globe at the Karlovy Vary Film Festival with his second feature, “As Far As I Can Walk”. It’s a surprising and exhilarating mix of contemporary refugee history, love triangle and medieval Serbian poem.

Arsenijević’s hometown of Belgrade marks an important point on the Balkan migrant route. A few years ago, he could see thousands of new refugees arriving every day. He says: “Having my own experience of war and poverty in the 90s, I could easily relate to myself. I started talking with migrants, listening to their experiences. There was this moving story of epic proportions happening right in front of me. It was just important to find the right angle to say it.

As Arsenijević envisioned compelling ways to film the migrant experience, he also thought of the epic poem “Strahinja Banović”. He says: “This poem is a very important part of Serbian cultural heritage and I have always wanted to make my own version of it. I thought I would turn it into a contemporary story.

As the migrant crisis grew, many locals promulgated paranoid fears that migrants would take hold of European culture by imposing their own. “National identity and national heritage are delicate subjects in my country,” says Arsenijević. “So I said to myself: what if I replaced the Serbian national heroes with contemporary African migrants? I thought it might offer some interesting perspectives.

At first, Arsenijević considered using real migrants as the main actors, but it soon became clear that this was too much of a task and too complex for non-professionals. He says, “We have started a huge casting process. We had three different casting agents, two in Europe and one in Africa. In the end, they had their main roles: Ibrahim Koma, a French actor of Malian origin and stage performer Nancy Mensah Offei, born in Ghana and living in Austria.

Together, director Arsenijević, his co-writers Bojan Vuletic and Nicolas Ducray and the two protagonists made up a story for their characters, describing how they met, fell in love and lived together in Ghana before deciding to start a new one. life in Europe. The background story did not end up in the film, but it enriches their performances. Koma even moved to Belgrade for two months before the shoot to learn about the language and culture and understand the lives of migrants.

The accomplished Syrian actor Maxim Khalil, a war refugee now living in France, plays the third character in the love triangle. Arsenijević says: “Maxim is a huge star in the Arab world. We witnessed it the first day he came on set. We could physically feel the wave of excitement among the migrants who played the extras in our film. Everyone wanted to be on camera with him.

Unable to shoot in a real refugee camp, the production found a similar location and recreated a camp. Arsenijević says: “All the extras you see in the film are real migrants from several refugee camps. We had a lot of help and support from the workers in the refugee camps who put us in contact with the migrants and offered to film them. The fact that we have real migrants on the set all the time has helped us to be as authentic as possible. If we described something wrong, they would correct us.

At first, Arsenijević was a little worried about the reaction of the extras to the shoot, given that it’s a long process full of rehearsals and waiting. “I was afraid they would lose patience,” he says. “But in fact, these are people who are used to waiting. They wait all the time. Their life is on hold.