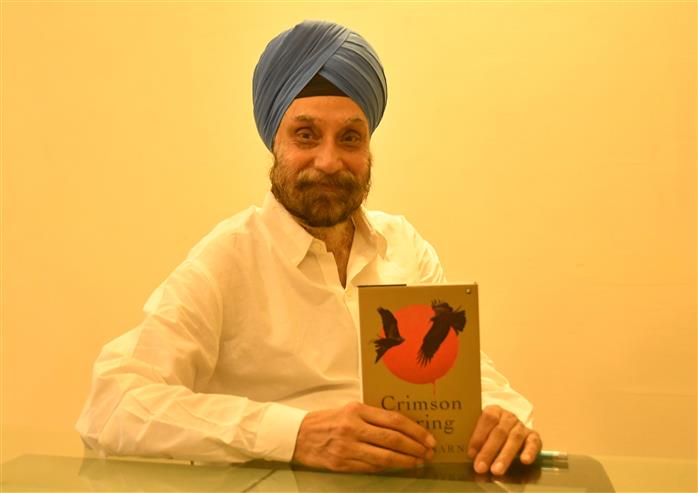 It’s the closest he can get to Punjab, Sarna said, citing health and other reasons for not holding an event in Amritsar – the heart of Punjab’s major historical movements at the end. 80s and early 90s.

Sarna, who has already written 10 books exploring different genres – novels, short stories, travels, literary essays and translations, has waited years to release her latest, a mix of history and fiction.

The author said: “There have been a lot of non-fiction around the Jallianwala Bagh massacre and this would have been an easy way to rehash a new one with no new value to add. So I took a long road. The idea and influences of major events in Sikh history, not just the massacre, but the contribution of Indian soldiers in the First and Second World Wars, the Ghadar movement and many other events. I wanted to talk about all these things and fiction helped me fill in the gaps. I firmly believe that when you write historical fiction, you shouldn’t twist the story.

Sarna said, “One cannot take liberties with history and historical figures, but it is the emotional turmoil of that era that can be represented through fictional characters in a story.” He had previously planned to write Crimson Spring well in advance to release the centenary year (2019) of the Jallianwala Bagh massacre. Through this book, Sarna wanted to convey a message – “Let’s not forget our history, our freedom fighters and our struggles”.

The author, who had visited Jallianwala Bagh about two or three years ago, said he was saddened by the statue of Udham Singh as it did not resemble the martyr in any way. He also scorned the culture of posting photos and the disrespect of historic places by visitors.