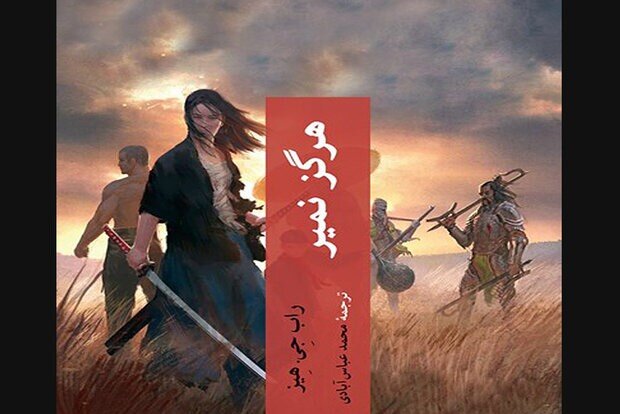 TEHRAN – “Never Die,” a novel by Rob J. Hayes, was recently published by Chatrang, a major publishing house based in Tehran.

Mohammad Abbasabadi is the translator of the book first published in 2019 by Kindle Edition.

The Emperor of Ten Kings has plunged Hosa into war and the gods are angry.

When the God of Death entrusts Ein with the mission of killing the Immortal Emperor, he knows he cannot do it alone. He needs allies, heroes who will fight for him. Otherwise, how can an eight-year-old boy hope to achieve the impossible?

Whispering Blade, Iron Gut Chen, the Century Blade and Flaming Fist are all legendary names. And the god of death gave Ein a way to bind them to his cause. There is only one take. To serve him, they must first die.

Hayes grew up with all the usual boy toys, including Legos, Star Wars minifigures and plenty of Transformers. Playing with these toys inspired his imagination and as soon as he was old enough he started playing with swords… OK, wooden sticks.

At the age of fourteen he began to write but, like most fourteen year old boys, everything had to be either a vampire, a werewolf, or have superpowers.

After four years at university studying zoology and three years working for a series of high street banks as a desk jockey/keyboard monkey, Rob ran away to live on a desert island in Fiji for three months. It was there that he rediscovered his love of writing and more particularly of fantasy.

He regularly plays card games based on the ‘A Game of Thrones’ and ‘Netrunner’ universes and attends tournaments across the UK. Rob also enjoys Airsofting: running through a forest with fake guns while being shot (being shot) by his friends.

Photo: cover of the Persian translation of the novel “Never Die” by Rob J. Hayes.