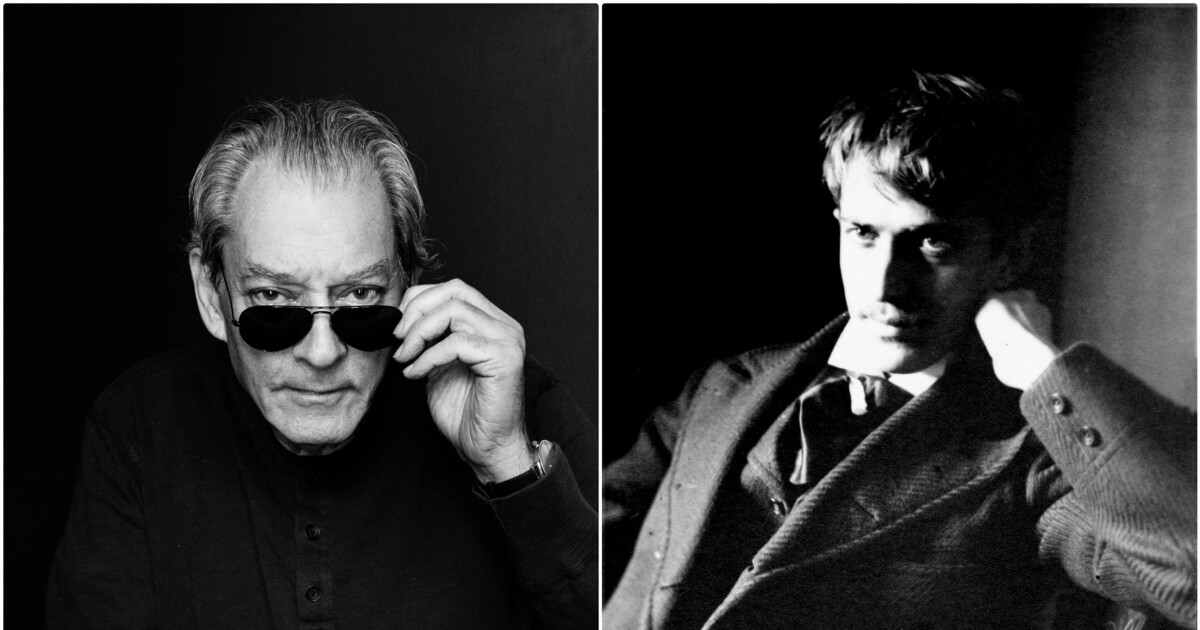 Burning Boy: The Life and Work of Stephen Crane

If you purchase related books from our site, The Times may earn a commission from Bookshop.org, whose fees support independent bookstores.

Seen through the prism of our moment, Stephen Crane can appear wildly presumptuous, a writer chronically inclined to cultural appropriation. Her first novel, “Maggie: A Girl of the Streets” from 1893, was an effort to get into the mind of a young woman from poor Bowery, written by a well-behaved New Jersey man who was not yet a teenager. His most famous work, “The Red Badge of Courage” of 1895, was a novel about the Civil War produced decades after the fighting had ended by a writer who had never done his military service. He evoked a Far West that he had only crossed, imagined a black experience that he barely knew, wrote poetry that rebelled against any tradition. Unable to stay in his hallway, he slipped into each of them.

But one person’s presumption is another’s winning daring, and Crane’s overbreadth is among the many traits that fascinate Paul Auster, who himself had a rich career as a novelist, poet, screenwriter and memorialist. . In his voluminous Crane life, “Burning Boy,” his first biography, he wrote a book as passionate, unconventional and frustrating as its subject matter.

“Burning Boy” was born, Auster explains early on, out of his fear that Crane would be forgotten. If he is right, a brief summary is in order. Born in 1871, Crane turned his religious education and brief stint at Syracuse University into journalism gigs before venturing into fiction. “Maggie” sold poorly, but her stark take on urban poverty has caught the attention of gatekeepers like William Dean Howells. “Badge”, on the other hand, sold a lot and made him a celebrity. After setting his reputation on fire by publicly defending the honor of an alleged prostitute, he left America to report on the wars in Cuba and Crete. He fell in love, traveled to England, produced tons of prose of varying quality in a desperate attempt to make ends meet, and died of tuberculosis in 1900. He was 28 years old.

Practically speaking, it is not necessary to have a new book detailing this. The definitive biography of Paul Sorrentino, “Stephen Crane: A Life of Fire” was released just seven years ago. Auster does not deliver any new revelations or freshly unearthed documents that would argue for an update. The biographical parts of “Burning Boy” mainly cover regions already mapped by Sorrentino and other researchers.

Auster justifies the existence of his book, first by his enthusiasm for Crane, whom he calls “the first American modernist, the man most responsible for changing the way we see the world through the prism of the writing”. Reading “Maggie” and especially “Badge”, Auster reveals a writer who explored imagery, sentence structure, and point of view in a way that was pioneering and magical in itself. Auster’s rhapsodic treatments of his favorite Crane works – which don’t always overlap with critical consensus – can be contagious. He calls “George’s Mother,” Crane’s 1896 sequel to “Maggie,” “the second half of a two-part hymn to a world in which even God is on the unemployed list.”

The weight of the book is due to its second distinctive quality: Auster’s close – very close – readings of Crane’s signature works. “Badge”, the quintessential one-session classic, is presented on over 30 dense pages; “The Open Boat,” indelible short story inspired by Crane’s survival in a shipwreck off the coast of Cuba, deserves an 18-page review, longer than its source. Auster wants you to read Crane so much that he will bend over backwards to highlight long passages. “Burning Boy” is the equivalent of a literary biography of a carpet store that brings the samples straight to you.

The strategy often works: at its best, “Burning Boy” gives the odd impression of simultaneously inhabiting Crane’s prose while reading about it. The main pleasure of the book is the experience of a seasoned novelist digging deeper into another fiction writer, just as Vladimir Nabokov did in his lectures on Dickens and Austen. Without a doubt, Auster feels a kinship with Crane – a New Yorker, a baseball fan, a writer comfortable tweaking the genre. Just as Crane went from war reporting to black-hearted poems, Auster went from the black-inspired “New York trilogy” to Beckett-style abstract works like “Travels in the Scriptorium”.

And like Crane, Auster is a deliberate craftsman, mindful of how simple sentences can do a lot of meaningful work in terms of symbol and message. He notices the runaway-like structure of “The Open Boat” and the broad themes that defined his later work as tuberculosis began to bring him down. In his 2017 novel, “4 3 2 1,” Auster envisioned the changing fates of the characters based on different circumstances, and he’s delighted with Crane’s similar take on how a multitude of social forces shape the character. As Crane put it, “every sin is the result of collaboration,” an idea Auster finds so profound that he insists that “no American writer since then has formulated anything. which surpasses it ”.

No writer? Not one, in a century and change? Auster tends to put a lot of weight on Crane’s young shoulders. He is “America’s response to Keats and Shelley, to Schubert and Mozart”. “Badge,” he writes, predicts the existential milieu of “No Exit”. The new “Mr. Binks’ Day Off” portends nothing less than Joyce’s “Dubliners”. “The Third Violet”, a minor, dialogue-rich novel from 1897 which Auster submitted to over 30 pages of scrutiny, is not only “the world’s first screenplay” but “possibly the first postmodern novel as well. in the world”. Even “Active Service,” a dismal 1899 pot, is “insane nonsense akin to a host of 1930s MGM films starring Clark Gable.”

It is a provocation, bordering on critical malpractice, to make outrageous claims for Crane as the universe. real first screenwriter (not Shakespeare?) or postmodernist (“Tristram Shandy”?). Auster wants to privilege the audacity of Crane in the hope of installing him in the American pantheon alongside Melville, Whitman and Dickinson. Yet “Burning Boy” succeeds less as an argument for the canonization of Crane than as a showcase for the complexity of the guns. Crane’s work was, given his youth and all the dross, unfinished. He opposes any effort to make it coherent; his greatness was undermined by his financial desperation. Great writers are maturing, but Crane’s potential has been cut short by the age of many overdosed rock stars. At the top of his game, Crane was brilliant, but only a longer and more consistent career could have crystallized him.

Auster doesn’t exaggerate Crane’s talent. But he wants to keep pointing it out, over and over again. In this regard, “Burning Boy” reads more like a poignant lament than a lifetime. The pages lengthen as if Auster continues to hope that his subject will become clear. He desperately wants to keep his subject alive a little longer. Claim – as much as a biographer can honestly do – that his hero’s end never came.

Athitakis is a writer in Phoenix and author of “The New Midwest”.