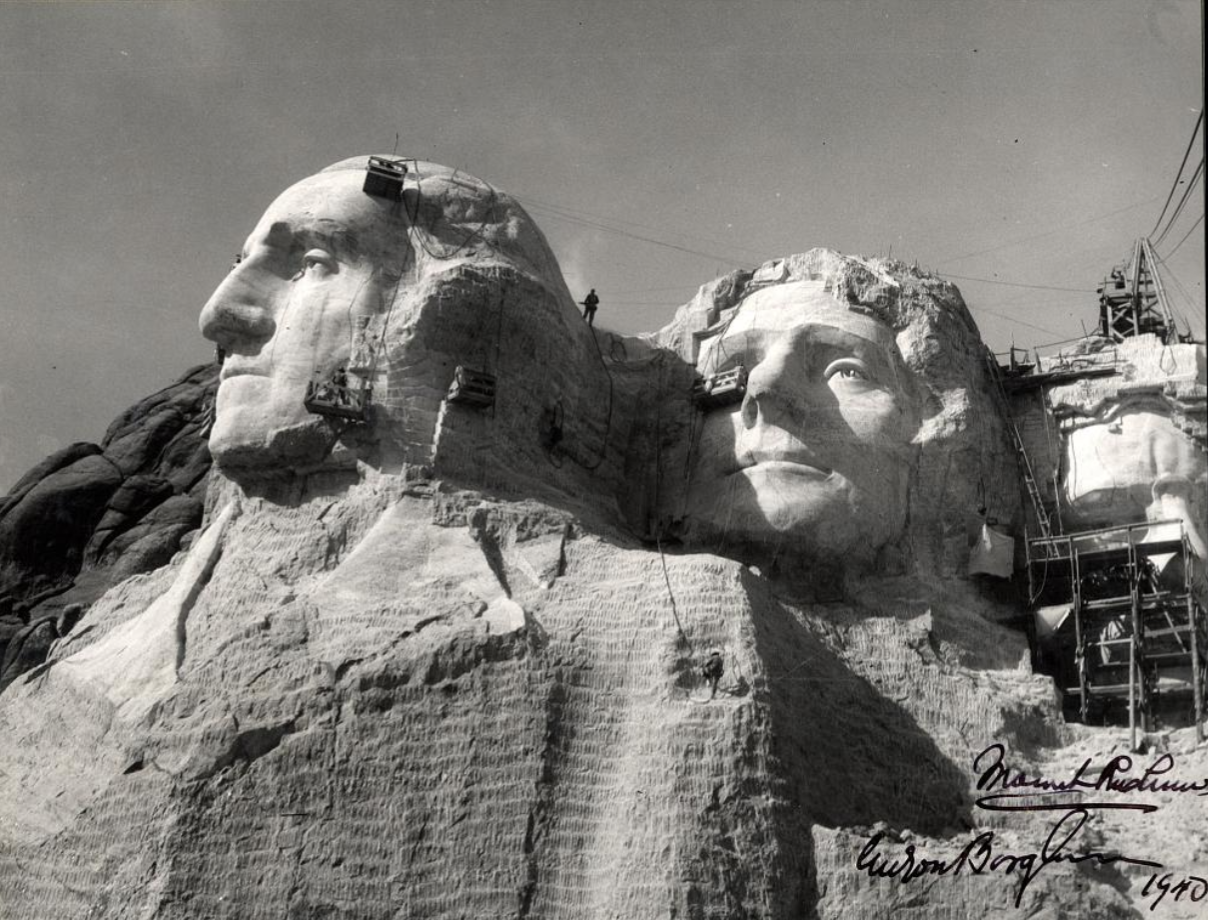 Last summer, statues seemed to descend left and right. After the murder of George Floyd by the police sparked a wave protests Against racial injustice and police brutality, communities across the United States have come together to reassess – and, often, remove – the racist and deceptive art that adorns their public spaces.

Some works were quietly dismantled by the authorities with cranes and construction equipment. Others were thrown into the sea or drawn of their pedestals by the demonstrators. Since May 2020, the Archives of overthrown monuments cataloged 84 such deletions â€œcolonialist, imperialist, racist and sexist monumentsâ€ in North America; the Southern Poverty Law Center’s Whose legacy? The project, meanwhile, says a record 168 Confederate symbols, including statues, names of institutions and plaques, were dismantled in 2020.

But what about the remaining public works? According to Monuments laboratory, a Philadelphia-based nonprofit art history and social justice organization, an estimated 99.4% of America’s landmarks were not overturned or dismantled in 2020 and 2021.

In other words, the director of Monument Lab Paul Farber recount Smithsonian magazine, “for each [removed] monument which is in the spotlight, … dozens of others are still there like the old worn-out furniture of a town or city. Unsurprisingly, the still standing statues overwhelmingly honor white male historical figures.

To see the country’s memorial landscape from a bird’s-eye view, Farber and his colleagues Laurie Allen and Sue Mobley led a team of 30 researchers in a year-long project to catalog as many American monuments as possible.

As Zachary Small reports for the New York Times, survey â€” released this week as 42 pages Audit And one searchable open source database– is the first of its kind. Funded by the Mellon Foundation$ 250 million Monuments project, the analysis lists 48,178 statues, plaques, parks and obelisks in the public spaces of each US state and territory.

The researchers analyzed data from 42 publicly available sources, including state, tribal, and federal records; National Park Service databases; and the Smithsonian Museum of American Art‘s Save the outdoor sculpture! survey, which was carried out between 1990 and 1995 and, so far, has been the largest source of data relating to monuments in the country.

â€œWe’ve streamlined the data a lot, bringing in biographical information and really pulling things together from dispersed and decentralized sources,â€ says Farber.

The resulting dataset allows researchers to “lift the veil on the mechanisms of memory,” he adds. â€œWe want to understand what is remembered and what is forgotten. “

The teams results highlight what many have long suspected to be the case: American monuments overwhelmingly honor white males.

Of the 50 most represented people, only 5 are black or indigenous: civil rights leader Martin Luther King Jr. (4th); Harriet Tubman (24th) abolitionist and â€œconductorâ€ of the Underground Railroad; Shawnee Chief Tecumseh (25th), who led the Amerindian resistance to colonialism; explorer Lemhi Shoshone Sacagawea (28th); and abolitionist and writer Frederick Douglass (29th). (No self-identified Latin American, Asian, Pacific Islander, or LGBTQ person appears in the top 50, according to the audit.)

Half of the top 50 were slavers, including many US presidents. Abraham Lincoln came in first, appearing 193 times in the sample (a testament to his enduring popularity in the 20th century). He was closely followed by George Washington (2nd) and Christopher Columbus (3rd).

“Audit shows how many Americans don’t see themselves reflected in public art,” Erin Thompson, historian at John Jay College, CUNY, and author of a forthcoming book titled Shattering statues, recount National Geographicis Andrew Lawler. “Monuments are supposed to inspire us all, so what does it mean when our monuments make it seem like only rich white men deserve to be honored?” “

Monument Lab’s top 50 only includes three women: Joan of Arc (18th), Tubman and Sacagawea. Outside of the top 50, the women most often honored are often Europeans (like scientist Marie Curie), saints (like Catholic leader Elizabeth Ann Seton) or both (Joan of Arc).

The likenesses of female figures often represent mythological or allegorical symbols rather than actual people. The model made headlines in August 2020, when a statue of Sojourner Truth, Susan B. Anthony, and Elizabeth Cady Stanton became the first work to depict real women in New York’s Central Park in its 167-year anniversary. ‘story. (Previously, the only female statues in the park depicted fictional characters such as Mother Goose and Alice in Wonderland.) As the audit ironically adds, the investigation found that the relationship between the statues depicting mermaids and those of members of the United States Congress is 22 sirens for 2 legislators.

Acts of violence feature prominently in monuments across the country. Thirty-three percent of the works studied commemorate the war. Comparatively, just a fraction – 9% – of benchmark veterans.

“[O]Our monuments generally minimize the social and environmental costs of war on our veterans, their families and our communities, â€the audit authors write.

Fundamentally, the myth of the “lost cause” permeates the landscape of monuments. (Veiled by white supremacists, this ahistoric ideology suggests that the Civil War was waged for the rights of states rather than slavery.) Of the 5,917 recorded monuments that commemorate the Civil War, only one percent understand the word “Slavery”.

This trend is a direct result of coordinated campaigns by neo-confederate groups to erect monuments to Confederate leaders in the late 19th and early 20th centuries, when the civil rights movement was gaining momentum. Commemorative works commissioned by organizations such as the United Daughters of the Confederacy pay “tribute to a slave society and [served] as blunt assertions of domination over black Americans, as Brian Palmer and Seth Freed Wessler wrote for Smithsonian reviewed in 2018.

Native and Native American communities are also widely distorted in American monuments. Out of 916 works dedicated to “pioneers”, only 15% mention Amerindian communities in any capacity whatsoever.

Taken together, these markers represent “gross distortions over time,” with some historical events biased in the service of white settlers, according to Farber.

The scale of historical disinformation and racist exclusion exposed by the data can be overwhelming. But Farber maintains that “American monuments have never been frozen in time, beyond touch or blame.”

The first settlers demonstrated this on July 9, 1776, when knocked down a statue of George III of England, the first such suppression recorded in the history of the young nation. The wave of monument removals observed over the past year is nothing new.

On one of the final days of the audit changes, Farber witnessed the removal of another monument up close. With proof in hand, he stood with a crowd of hundreds gathered to see an equestrian statue of Robert E. Lee shot down in Richmond, Virginia.

City workers carefully lifted the 21-foot-high statue from its pedestal and severed the Confederate general’s torso from his body. To crowd applause, the team loaded the dismantled sections onto trucks before driving them to an undisclosed storage unit.

Farber celebrates such changes. But he also looks forward to the monuments that artists have yet to design and install.

As Farber noted in a recent conversation with the director of the Mellon Foundation Elisabeth alexander, the audit authors hope their research will provide a tool for the next generation of academics, artists and activists to create new public spaces and symbols of their own.

â€œWe really want to see this country engage in holistic calculus, in big and small ways, with these monumental erasers and lies,â€ Farber said. Smithsonian. “We want to see a landscape that more fully recognizes the history of this country.”