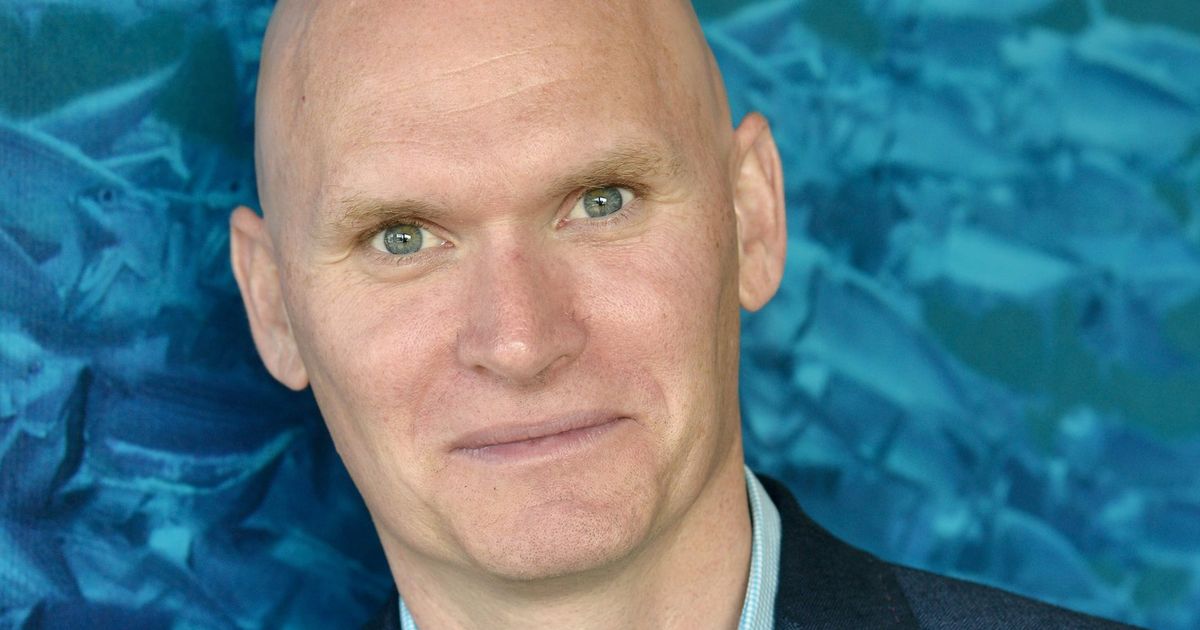 How does an author follow up on a hit like “All the Light We Cannot See” of 2014, which won the Pulitzer Prize and spent more than three years on the bestseller list? For Anthony Doerr, his new novel “Cloud Cuckoo Land” – listed for the National Book Prize 2021 – started with a wall.

Much of “All the Light We Can’t See” takes place during WWII in the French coastal town of Saint-Malo, a town surrounded by a medieval wall. While researching this novel – which took Doerr ten years to write – the author became fascinated by a much earlier history: that of the walls of Constantinople, built in the 4th and 5th centuries and finally besieged in 1453.

“Anything I read about the history of defensive walls, medieval walls, would mention Constantinople,” Doerr said in a telephone interview from his home in Boise a few weeks earlier. he will open the Seattle Arts & Lectures season in person at Benaroya Hall on September 28. “I was just amazed to make another huge hole in my own education. The fact that there was this empire, this capital with walls that resisted 1,100 years and withstood 23 sieges. I thought, I don’t know anything about it! He printed a copy of a 15e engraving from the century of Constantinople and placed it next to his desk, thinking there might be a project in it someday.

That day finally arrived, after the release of “All the Light We Cannot See” and Doerr started to think of a follow-up, something different and yet with similar themes. He began to read about the immense wealth amassed inside the walls of Constantinople before its fall, and how one of the things they accumulated was books, in private libraries, monastic libraries and even lending libraries. “As soon as I figured that out,” he said, “I thought, I have a story.”

This story started out as a story not too different from “All the Light We Can’t See”: a girl inside the walls with a book, a boy outside. But there was another story he was developing simultaneously: one set in the future, about containment, “maybe in space.” And he realized that something connected these two stories: books.

“I realized that the power of books, the technology that is the book, those little sheets stacked on top of each other and bound together, is that it can survive – it’s one of the most effective tools that we have in propagating a person’s voice in time and space. They can outlive an individual. So I started to think about how to dramatize someone’s power to be the steward of a book in the 15e century is to show it in someone’s hands, first in the present – I started playing with it, then I thought, what if I showed it in the future, and showed how a book moves between generations, and maybe it can help us feel more connected with the people before us and the people after.

“Cloud Cuckoo Land”, in seven years of writing, has emerged: a complex love letter to books and libraries (its dedication is “For Librarians / Then, Now, and In The Years To Come”) told through a variety of intertwined threads. Two of them take place in mid-15e century Constantinople, one during and after the Korean War, one in present-day Lakeport, Idaho (a city invented by Doerr), one in the future on a spaceship – and one is an ancient Greek manuscript of Diogenes, sharing the title of the novel. The author, a Greek philosopher, was real; the manuscript, a utopian account of a shepherd’s journey, is an invention by Doerr, inspired by existing fragments of Diogenes’ work.

“I’m chasing things that I want to know,” said Doerr, who said his knowledge of ancient Greek literature was “zero” before starting this project. “I think writers often hear the advice, ‘write what you know.’ I think it’s better to say, ‘write down what you want to know.’ “

It’s been a long process – but not as long as the ten year saga of “All the Light We Can’t See”, which he wrote while teaching, “trying to make a living” and raising young children (her twins are now 17). The astonishing success of this book, he said, took him by surprise and his reaction was complicated. “It kind of depends on how a person measures success,” he said. In some ways, “All the light we can’t see” struck him as a failure, “in the sense that it totally turned my life upside down. . . I used to reply to all the letters I received, I used to have my email address on my website. It started to look like a failure, as if I wasn’t able to meet all the needs that came my way. . . . I’m just starting to understand what really happened with ‘All the Light’.

Doerr is excited about the prospect of speaking to a live audience when he comes to Seattle; it’s something he hasn’t done since February 2020. “I’m pretty sure I’m going to cry,” he said with a laugh. He is preparing a slide show, with “lots of pictures from Constantinople”, and fondly remembers a previous visit to Seattle Arts & Lectures, for “All the Light We Cannot See. “There is so much warmth and energy in this incredible Benaroya Hall,” he said. “I’m pretty close to Seattle, I feel like the whole Northwest is home. . . I can’t imagine what it will be like to take the stage and see the readers again in person. “

And yes, he has an idea for his next novel, just a glint in his eye at this point – or, maybe, several gleams. “I have an idea, a few ideas,” he said. “You have to water them and see if they grow.