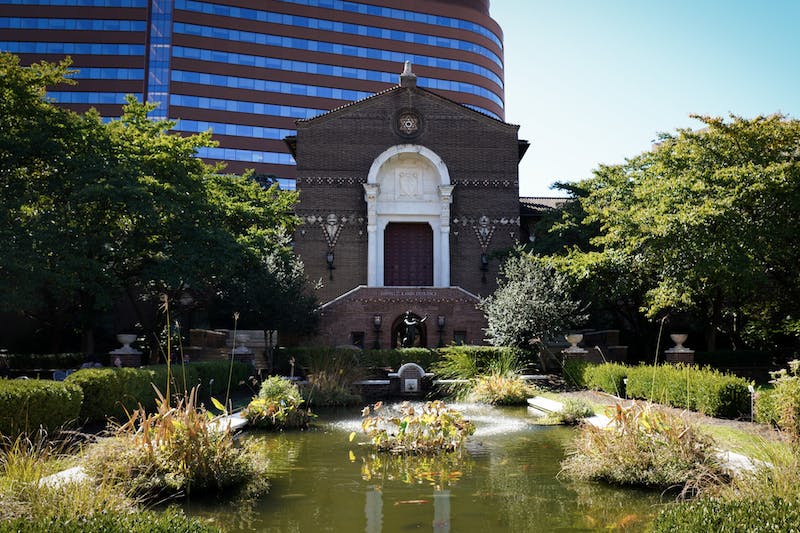 The exhibition, which will be on display until December 16, features one of the most comprehensive collections of Japanese illustrated books of any North American institution. According Julie Nelson Davisa professor of modern Asian art who was one of the main co-curators of the exhibition, it is even larger than that of the National Museum of Asian Art.

The books featured in the exhibition vary from well-known titles in Japanese institutions to others that are rare and difficult to find in Japan or the rest of the international community. Along with Davis, the principal co-curators of the exhibition were Linda Luck, associate professor of Japanese studies, and graduate students Eri Mizukane, Nicholas Purgett, and Maria Puzyreva. They were assisted by the curators of the Kislak Center John Pollack and Lynne Farrington.

In 2018, Tress donated his collection of approximately 1,200 Japanese illustration book titles that he started in 1965 to the Kislak Center after reading Davis’ 2014 book “Partners in Print: Artistic Collaboration and the Ukiyo-e Market”.

In the book, Davis discusses the collaborative relationship between illustrator artists and publishers in Edo period Japan. Davis explained that in an email exchange with Tress, he told her that the way she reviewed all parts of the book’s publishing process resonated with him and convinced him that Davis would be a good advocate for his collection.

Following the donation, Davis taught two curatorial seminars at Penn in 2019 and 2020, where she guided her students through the study of various aspects of history, art, print cultures and techniques. creating Japanese books.

Her students participated in a project called “Adopt a Book,” where students chose a Japanese illustrative book from the Tress collection, researched it, and then argued about whether or not to include it in the exposure. In addition, all catalog entries on the books in the exhibition were written by the students.

In class at the end of the semester, the students articulated the themes that were present in the books, which the curatorial team then incorporated into the design of the exhibition – the works in each separate case corresponding to a specific theme. For example, different groups of books were about calligraphy, painting, drama, and other themes.

Mizukane emphasized the harmonious relationship she observes between Tress’s photographs and the books, which she called essentially two exhibits seamlessly put together. She added that the photographs allow viewers to see inside Tress’ head and understand where her work comes from.

“It’s pretty cool because not only can you see the Japanese illustration books, which are really great on their own, but you can also see the influence of the collector and the kind of collector’s world,” a- she declared.

Puzyreva said the Tress collection was one of the driving factors that brought her to Penn to study Japanese art history, as well as the opportunity to work with Davis. Similarly, Purgett said he switched from studying medieval European art to Japanese art for his doctorate, in part because of his enthusiasm for working with the collection.

“If I took that huge leap, I was going to have access to one of the biggest collections, not only in the United States, but, I mean if we’re talking about that, in terms of collection availability, in terms of the breadth of the collection around the world, and that was extremely exciting,” Purgett said.

For Davis, Tress’ photographs are not simply influenced by Japanese books – he forms his own reality and responses to the world around him through his photographs.

“He’s a fun guy. He’s interested in the world; he’s really curious and always experimenting with his own photography. He’s just a joy to work with.

The Tress collection is not the first collection of Japanese books to be donated to Penn Libraries.

Receive our newsletter, The Daily Pennsylvaniandelivered to your inbox every weekday morning.

In 2013, Shirley and Marilyn Luber, wife and daughter of Gilbert Luber, a Wharton graduate in the late 1940s and renowned Philadelphia art collector, donated a collection of more than 1,300 books dealing with Japanese art and Japan.

“With this collection, the Penn Library becomes one of the premier places for research into Japanese printmaking art from past to present and will enable us to teach this material to a new generation,” Davis told the era. in reference to the Luber collection.

Even after the exhibition ends, students will be able to explore the Tress collection since it will be housed in the Special Collections Center on the sixth floor of the Van Pelt Library.