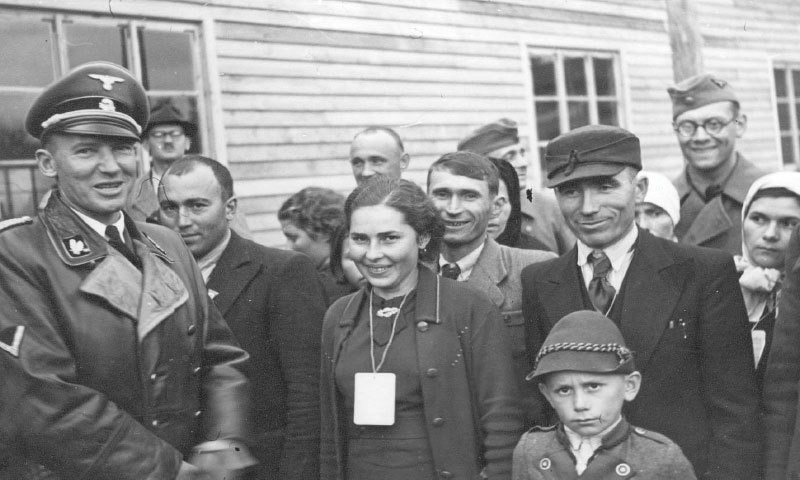 Philippe Sands is an international lawyer and professor of law at University College London. His latest book, The Ratline: The Exalted Life and Mysterious Death of a Nazi Fugitive, is a shocking and utterly gripping story about Nazi war criminal Otto Wächter, who has been charged with mass murder. The book is also “a story of love and death” and “a Nazi in the Vatican” in which Charlotte, Wächter’s wife, is also a central figure.

The Ratline can be seen as a sequel to Sands’s East West Street, an immensely moving book. Published in 2016, East West Street is the story of four men, three of whom were from the city of Lemberg, which was once in Poland but is now in Ukraine and known as Lviv.

Lemberg’s three men were Sands’ grandfather, Leon Buchholz, Hersch Lauterpacht and Raphael Lemkin. Lauterpacht and Lemkin were “two jurists who put the terms ‘crimes against humanity’ and ‘genocide’ in the Nuremberg trials and international law. Hans Frank, the Nazi Governor General of occupied Poland, was the fourth man. Frank was hanged in October 1946 for crimes against humanity and the mass murder of four million people. Otto Wächter was Frank’s deputy and governor of Lemberg, and a minor figure in East West Street.

Sands had a particular interest in learning about Wächter’s history. As governor of Lemberg from 1942 to 1944, Wächter was responsible for the mass murder of around 100,000 Lemberg people. “The estimate was low,” writes Sands. Those murdered included all the families of Sands’ grandfather, Buchholz, and lawyers Lemkin and Lauterpacht.

As governor of Lemberg, Wächter was also most likely responsible for the murder of the Jewish parents of Leopold Weiss who, like Sands’ grandfather, was born in Lemberg and raised there. The world knows Weiss as Muhammad Asad, translator of the Holy Quran into English and author of The Road to Makkah.

There was another reason for Sands’ interest in the story of Wächter and Charlotte: their son Horst and how he chose to remember his father. Horst admits that his father was a Nazi and “does not deny the horrors, of a holocaust, of millions of people murdered”. However, he insists that his father “was not responsible for any crime”. Sands writes that while Horst “was a son who wanted to find good in his father,” Horst’s daughter, Magdalena, acknowledges that her grandfather is a mass murderer.

The story, told by Sands, oscillates between the past and the present, between the first half of the 20th century, spanning the life of Otto and Charlotte Wächter, and the second decade of the 21st century, when Sands first meets Horst. .

Wächter and Charlotte, both born in the first decade of the 20th century and both members of the Nazi Party, married in 1932 and had six children together. In July 1934, Wächter was involved in a failed coup against the Austrian government, resulting in the assassination of Austrian Chancellor Engelbert Dollfuss. Wächter fled to Berlin, where his family joined him, and the arrival of the Nazis in Austria in March 1938 allowed the Wächter to return home to Vienna.

When Adolf Hitler visited Vienna that same month, Charlotte noted in his diary that he “stood a yard in front of me” as he delivered his speech from the balcony of the Hofburg Palace overlooking the Heldenplatz, or Heroes’ Square. She described her time in Hitler’s presence as “the best time of my life.”

On the same day, writes Sands, “Otto asked Charlotte if she would prefer him to resume practicing law and earn money, or enter the civil service and accept a civil servant position in the new government.” . “Do what interests you the most,” she told him, “we will always have enough to eat. With that green light, he kissed her hand, a perfect pact.

Wächter’s new job was to “cleanse” the Austrian civil service – a task he accomplished, Sands writes, “with one goal.” Wächter even “targeted some of his former teachers”, two of whom died in concentration camps.

While Wächter worked to remove “officials from their posts, because they were Jewish or politically unreliable”, Charlotte became “a social butterfly, invited to cocktails, parties and receptions”, rubbing shoulders with eminent and the powerful. Together, writes Sands, “she and Otto attended concerts and operas” and became a “glamorous couple”.

As the glamorous couple enjoyed their new life of privilege and power, their fellow Viennese of Jewish faith and heritage were deprived of their livelihoods and “made stateless and expelled from the Reich by court order.” The author’s grandfather, Leon Buchholz, was one of them.

On November 9, 1938, Charlotte noted in her diary that she had attended the premiere of a new play in Vienna. The same night, the events of Kristallnacht, when members of the Nazi Party “ransacked Jewish businesses, destroyed synagogues and beat Jews, then arrested them.” Charlotte is silent about the atrocities in her diary.

In 1939, on his first day as governor of Krakow, Wächter “signed an order with the title” Marking of Jews in the Krakow District “. It required “Jews over 12 to wear a blue Star of David on a white armband precisely 10 centimeters wide.” A few months later he ordered the creation of a Jewish ghetto in Krakow.

Sands quotes eyewitness testimony to the results of the governor’s order: “Inhumane deportations, monstrous crimes and the constant degradation of the human dignity and self-esteem of the occupants of the ghetto. Years later, Charlotte “characterized her tenure as governor of Krakow with one word: humanity”. As Sands writes, “Charlotte was engaged in her own act of cleaning up.”

At the end of World War II, Wächter, fearing that he would be captured, disappeared. He hid in the Austrian Alps for over three years. Charlotte’s “determined assistance” and the help of a young man from the Schutzstaffel or SS – the paramilitary force to which Wächter once belonged – helped her survive “in brutal winter conditions”. The two men “moved frequently, from place to place, high in the mountains, between huts, where they were safe.”

Planning an escape along the “Rat Line” – the Nazi escape route to South America – Wächter moved to the Vatican in 1949, where he was protected by powerful people. His goal was to obtain a false identity and travel documents that would help him escape, but he died before he could.

The author’s investigative powers are fully on display when it comes to Wächter’s “mysterious death” in the longest section of the book. However, instead of drawing a conclusion, Sands leaves it to the reader to decide on the cause of Wächter’s death.

Sands writes that in Rome, Wächter “believed himself to be hunted but who, it turned out, was not as hunted as he thought”. The Americans and the British knew of his presence and his protectors in the Vatican, as they knew of the presence in Italy of many other Nazi war criminals responsible for the deportation and murder of tens of thousands of Jews.

The Americans and the British eagerly, and often successfully, recruited a number of these war criminals to work as paid agents against the Soviet Union and the Communists. How quickly the roles had been reversed; the allies had become the new enemies and the bad guys had been recruited as allies.