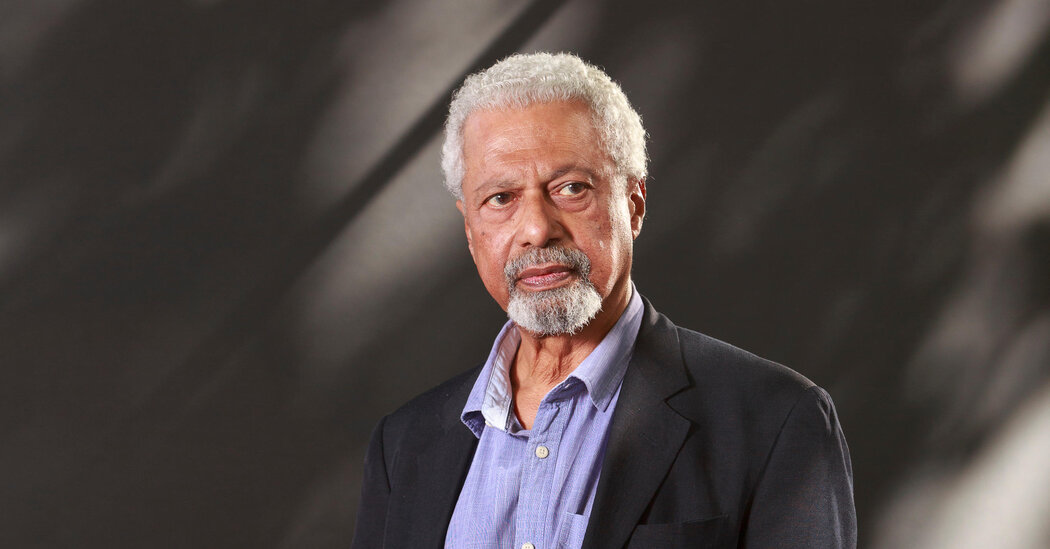 Abdulrazak Gurnah received the Nobel Prize for Literature on Thursday. He is the first African writer to receive the award in nearly two decades.

In its announcement, the Nobel Committee praised “its uncompromising and compassionate penetration of the effects of colonialism and the plight of the refugee in the gulf between cultures and continents”.

Gurnah was born in Zanzibar and moved to England at the age of 18, and both places feature prominently in his work. Many of his novels draw on themes of exile, displacement and fractured identities.

Here are the Times reviews of Gurnah’s books.

Set on the East African coast, Gurnah’s first novel follows a young man struggling with a totalitarian regime, before being sent to live with a wealthy uncle in Kenya. Our review called it “a compelling study of one man’s struggle to find purpose in his life and a haunting portrait of a traditional society crumbling under the weight of poverty and rapid change.”

Shortlisted for the Booker Prize in 1994, this novel opens in pre-WWI East Africa and follows 12-year-old Yusuf who was handed over to a wealthy merchant as an indentured servant. Throughout the book, Yusuf chronicles his excursions across the continent as well as natural life, other tribes and the threats they encounter. Our review called it a “poignant meditation on the nature of freedom and the loss of innocence, both for one sensitive boy and for an entire continent.”

An anonymous narrator flees Zanzibar in the 1960s for England, where he soon falls in love with an Englishwoman and starts a family. While he battles the racism he encounters there, he also struggles with self-loathing for his attempts to blend in. The book is “corrosive and relentless,” our reviewer wrote. “Gurnah skillfully portrays the agony of a man caught between two cultures, each of which would deny him for his connection to the other.”

Fleeing anarchy and corruption, Saleh Omar, a 65-year-old merchant from Zanzibar, seeks asylum in England. The book details the occasional cruelty of British immigration officials and a dystopian bureaucracy underpinning resettlement efforts, as Saleh is ultimately moved to a quiet seaside town. By chance, he meets the son of the man who caused great suffering to Saleh and his family, and their eventual friendship is a reconciliation of their family histories. As our reviewer wrote: “It is extraordinarily moving when Saleh Omar finds his own refuge in friendship, an asylum made up of shared experiences.”

Two unhappy love stories intertwine in this novel: In 1899, a British adventurer and “anti-Empire wallah” is taken in by an East African trader and falls in love with his sister Rehana, causing a scandal. Decades later, a Zanzibar scholar recounts his own family’s misfortunes: how his brother fell in love with Rehana’s granddaughter.

Growing up in Zanzibar, Salim never knows why his family broke up or why, even though he said at the beginning of the novel, “my father didn’t want me”. Later, after a brilliant academic performance gives Salim the opportunity to study in England, he collapses under the weight of his family’s expectations. Our reviewer noted that “even the minor characters in this novel have richly imagined stories that reflect their smallest interactions – one of the finest pleasures of this book, and a choice that makes its world exceptionally full.”