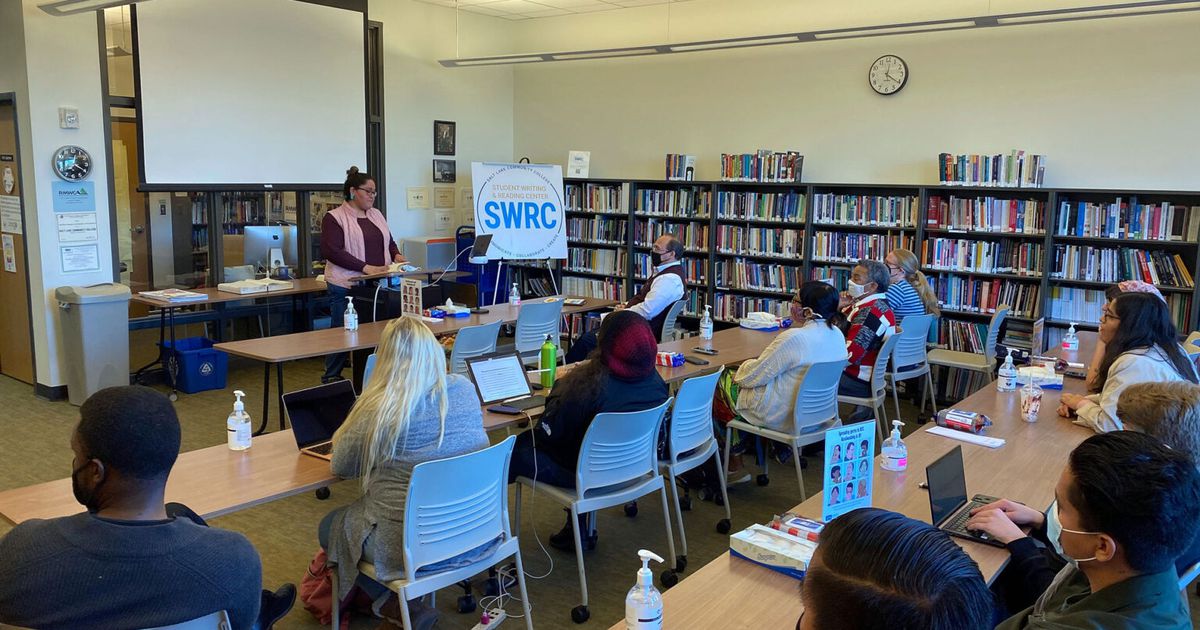 Salt Lake Community College has three other events in honor of Indigenous contributions.

This story is published jointly by non-profit organizations Amplify Utah and The Salt Lake Tribune, in collaboration with Salt Lake Community College, to elevate diverse perspectives in local media through student journalism.

In honor of Native American Heritage Month, which is November, poet Tacey M. Atsitty shared his work with students and faculty at the Taylorsville Redwood campus of Salt Lake Community College.

Atsitty, who is DinÃ© and holds a doctorate. A student in the Creative Writing Program at Florida State University, read an excerpt from her first book of poetry in 2018, “Rain Scald”. A critic stated that Atsitty’s collection of poems encourages readers to “reconsider [their] understandings of language and land, repentance and revelation, sexuality and spirituality.

The event included a field reconnaissance video in which the audience heard from members of the local Native American community, including a student leader Joey Du Shane-Navanick and Virgil Johnson, spiritual advisor and students at SLCC.

Atsitty, who received a bachelor’s degree from Brigham Young University and the Institute of American Indian Arts, told the crowd: in Utah.

â€œIt tells you who we are and where we’re from,â€ Atsitty said.

Atsitty read his poem “Ach’Ã­Ã­ ‘”, which tells in part of his father’s experience in the Indian Student Placement Program, a program that The Church of Jesus Christ of Latter-day Saints ran from 1947. in 2000 and which “took 50,000 indigenous children from reserves and placed them in Mormon homes”, with the aim of converting them to their religion, according to RadioWest.

Atsitty wrote her book â€œRain Scaldâ€ when she was a student at Cornell University in New York, where she obtained her Masters. She said part of her book was inspired by tragic events that happened while she was attending Cornell – several mechanical engineering students jumped into throats on campus and committed suicide.

â€œThere was a student one week, then two students the next week, so there was this overwhelming feeling of heartache and heartache and darkness,â€ she said.

Attsidy ended the reading with the last poem from his book, “Even Song”, choosing to read only the third part of the poem, “Holy People”:

“Oh, holy people, show me how human I am / How I will soon burst / Please stay, for the love of woman or man / Rescue me from a telestial state, where I aspire to be self-luminous in a granite slate / How easily I fall apart, a hand left to decline without shaking. “

In honor of Native American Heritage Month, the SLCC is organizing several other events:

Unmasking the Hidden Crisis of Murdered and Missing Indigenous Women

November 30, 1 p.m. to 2 p.m. at the Student Event Center at Taylorsville Redwood Campus.

December 3, 12 p.m. to 2 p.m. at the Student Event Center at Taylorsville Redwood Campus.

Andrew Christiansen wrote this story as a journalism student at Salt Lake Community College. It is published as part of a new collaboration including non-profit associations Amplify Utah and the Salt Lake Tribune.