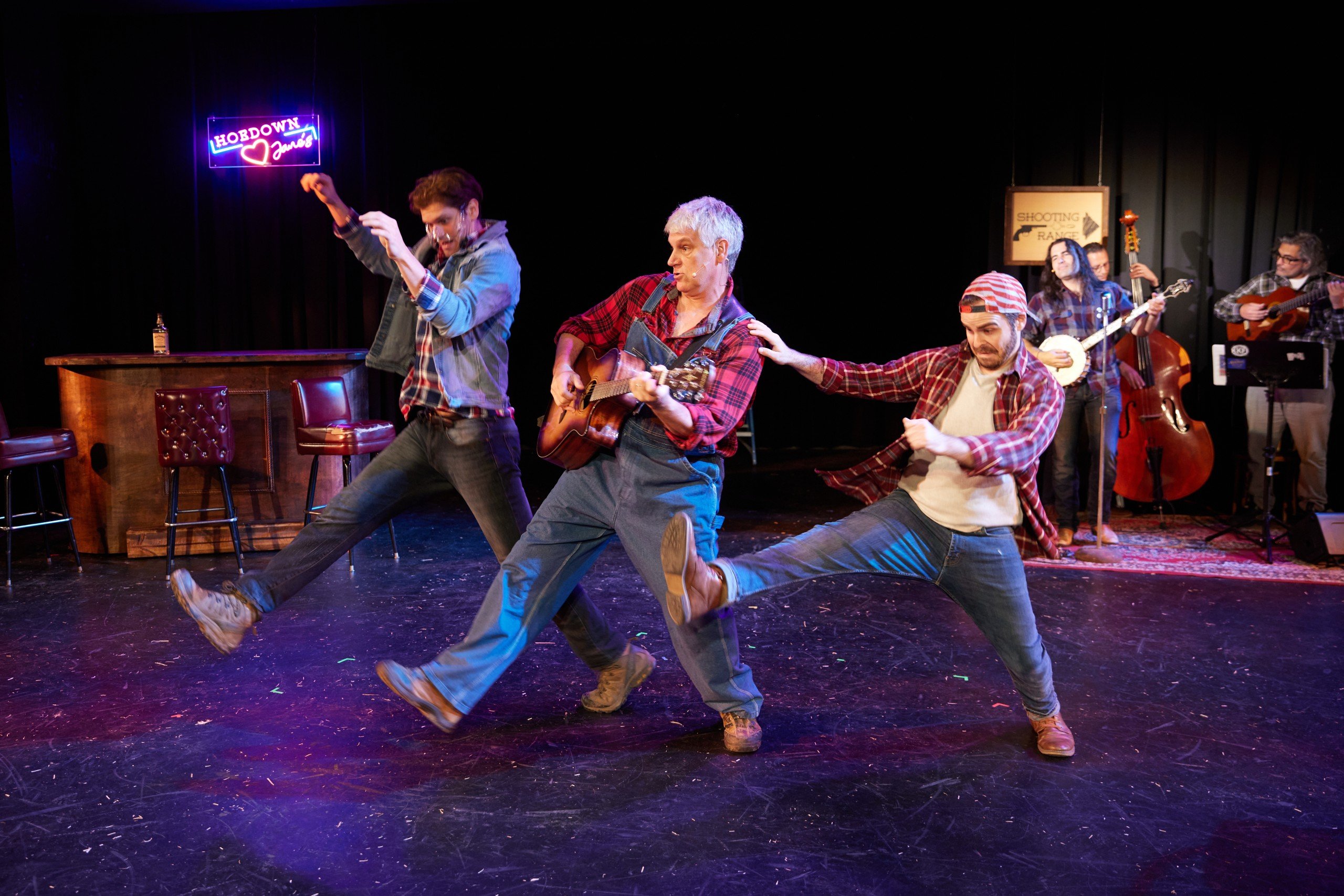 The musical is a modern, gendered take on Austen’s original novel, centering on the characters Bennett Longborn (Wright) and Darcy Fitzwilliams (Bridget Casad).

Longborn and his brothers are pressured by their parents to marry wealthy people before losing their family farm in East Tennessee. Fitzwilliams is a wealthy singer who appears in town just as the family is losing hope of finding a partner for their sons, but Longborn initially wants nothing to do with her.

Tim Ahlenius as Longborn’s dimwitted father and Christian Owen as his equally clueless youngest son put the com in rom-com. Ahlenius in particular does a brilliant job of transitioning from molasses-brained father to high-profile politician in his dual role.

Filled with laughs, clever dialogue and a timely punch The cowardice of Senator Josh Hawley, this musical proves that Austen’s romantic comedy is anything but a dud. If only all the hot takes on the lit classic were as refreshing as clueless and that.

Wright and Collett play many different roles in the production’s success, as do the talented cast, but the highlight of the show is the music.

As a founding member of not one, but of them local folk groups, Sam Wright knows the banjo. Sam Wright and the Bard Owls and gullywasher are both talented and worthy additions to the music scene.

Although I’ve only seen the end of the performances here at KC, I’m proud to have prejudice and pride representing our city at the Edinburgh Fringe Festival from August 5th to 27th.