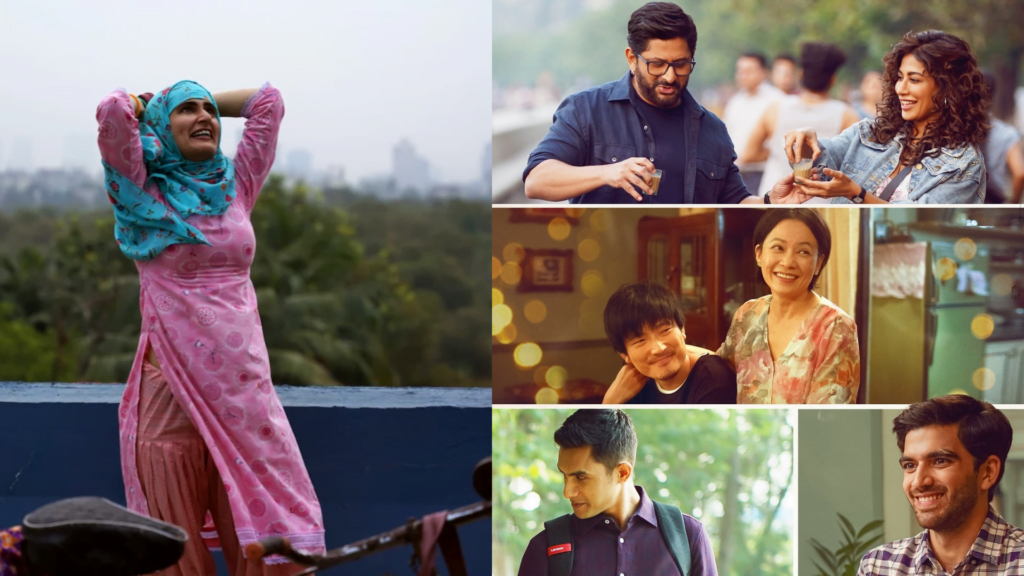 Recently I came across the trailer for Modern Love, Mumbai Chapter, and not to my surprise; I was hooked. Whether it’s the familiarity with Mumbai as a living character in the series, or the complexities of living the adult life of city life, it made me rethink what Modern Love is. Part of me thinks only those who brew it like coffee survive and dissipate into thin air. Even though dissipation makes sense, it happens in stages.

These stages can be seen in the story of Lalzari (played by Fatima Sana Sheikh). The truth was not accepted from the start; the separation was not easily accepted. We can witness a journey of her character as if the director made us hold her hands and walk with her in Mumbai. She made us relive her struggles, her desires, her fantasies and her fears. The stage of his love is more interesting than the destination of the journey. Whether it was denial, hard work, submission and finally acceptance, it all brought us closer to her.

This acceptance has a cost, a cost depending on our choices. The choice to let the other go, the choice to love yourself first, the choice to be vulnerable and yet to exist. His character could have chosen to be sad and shy all his life; she could have repented of her choice to have chosen this man and been bitter towards him. Instead, like an old letter, she kept him alive in his imagination, his mundane pursuits, and his happiness. Modern love becomes that breeze you feel when you sit by the seashore. It touches you, but how you would like to experience it is up to you.

Read also : How do we learn to love? : On social expectations and the experience of love

Sometimes it’s like a long layover on the metro or the local train, sometimes like a long platonic discussion in a café, sometimes it’s also in the form of painful, lonely and sleepless nights that one lives alone, sometimes it’s also the least innate trust between individuals. Modern love encompasses us all. It is not binary. It’s about everything that can’t be captured there. But we as humans are also able to create life, love and laughter out of them.

Modern love, for some, is about finding a balance between feudalism and ultra-modernity. It’s about not cutting ties. Please think about this analogy: sometimes when we use an ink pen or a fountain pen, and we leave it without putting on a cap. The next time we use it, the ink may not flow naturally, even if it persists. This is how modern love is. In the age of post-truth, modern love is freedom regained. It’s a rediscovered joy, a giggle after a day without stress.

Get premium content, exclusive perks, and help us stay independent, free, and accessible.

BECOME A MEMBER OF THE FII

Watching the Amazon series, Modern love, Mumbai Chapter, I was intrigued by the beauty of the non-biological connections explored in this show. Even though these characters live with hope, warmth, and generosity, the gendered bodies still navigate humiliation, loneliness, and emptiness while encountering, losing, and finding modern love. Initially, I believed the series would play hide and seek with urban loneliness and now create an intrigue.

As an independent, single woman and philosopher, I thought I would try to understand this modern love. Not how it was expressed on the show, but how I imagine it. All the characters in the series live and express modern love in their own way. When, as a philosopher, I tried to understand these temporary and ephemeral bonds, I could not imagine the courage of individuals living in metropolitan cities who choose to wear their hearts on their sleeves, only on the pretext that they would gain in emotional intimacy and belonging. ‘ with someone in this unpredictable cosmopolitan city. It made me go back to what Simone de Beauvoir said, that the only way to love someone is to make yourself vulnerable.

Sometimes modern love becomes that “comfortable meal” after a long, tiring day. His presence is the ultimate stress buster. Watching this show, I couldn’t help but notice a similar pattern between most of the characters, which is their ability to not cut ties. This “choice” stands out because, while being disappointed, they choose not to burn the similarities. The blindness and recklessness that we intentionally keep in this choice to get the ball rolling.

Amazingly, every character lingers, breathes and displays characteristics like these in Modern Love – whether it’s Fatima Sana Sheikh’s character who taught us the true value of freedom or Naseeruddin Shah’s character telling us to give another chance at life, hope and love. The makers of this show taught us to be hopeful but fragile in love while valuing ourselves first, for people still looking for love, modern love, traditional love or old love . Remember what Jean-Paul Sartre said: “You know, it’s a lot of work to start loving someone. You have to have energy, generosity and blindness. There is even a moment, at the very beginning, when you have to jump over a precipice: if you think about it, you don’t do it.

Read also: “Why is all the love we see just romantic?” : Love as an emotion beyond romance

Like Lalzari, we laugh with our vulnerabilities, we strive for the happiness we want, and above all, love because that’s the only way to live life — to live it fully.

​Dr. Richa Shukla is Assistant Professor at OP Jindal Global University, Sonipat, Haryana. She specializes in feminist philosophy, feminist phenomenology and existentialism. Recently, she also began to take a keen interest in public philosophy. She can be contacted at [email protected]