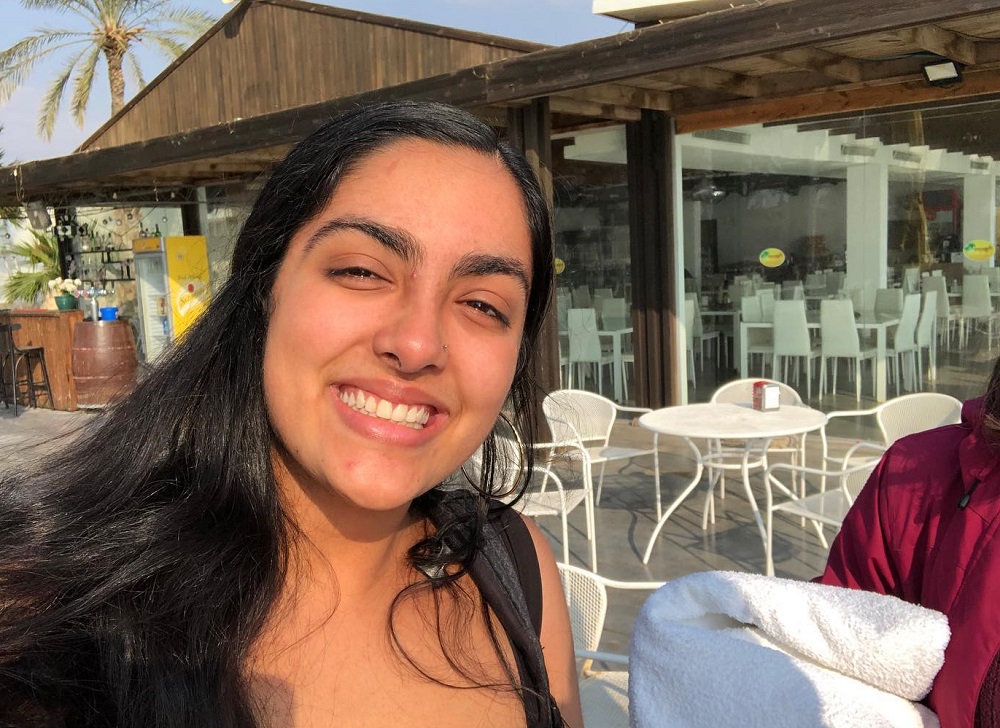 She submitted two short stories to the organization about outstanding acts of kindness she saw around the world during her time there with no idea they would later be published in a New York Times bestseller.

“It’s weird when I say everything out loud. But yes, I published and co-wrote in September 2020,” Mangat told the Columbia Daily Spectator, Columbia University’s student weekly. “It was a New York Times bestseller, … it has also been translated into many other languages.”

During her freshman year of college, she reconnected with the organization after Lady Gaga selected her stories for inclusion in an anthology of short stories about kindness, compassion and community.

Titled “Channel Kindness: Stories of Kindness and Community,” it featured Gaga’s responses to each story and her own entries on resilience in the face of repression.

Her work with the Born This Way Foundation is part of her broader commitment to social justice and community service — two facets that first drew her to Colombia, Mangat told The Spectator.

“Columbia has this double magic of the intellectual pursuits of the University and the vibrant energy of the city,” Mangat said. “I just fell in love with it.”

Throughout her time at Columbia, Mangat captured that “magic” through her pursuit of justice inside and outside the classroom, the student publication said.

When Mangat entered Colombia as a freshman in the fall of 2018, she quickly joined clubs like Columbia Sewa, a social justice group based on the Sikh faith, and Columbia Bhangra, a team of south asian dance.

Her hard work and dedication soon showed as she began to take on leadership roles when she was just a freshman, according to the newspaper.

“I became the community service chairman of Sewa my [first] year, which was a really great leadership opportunity,” Mangat said. “I was able to plan events that were important to me.”

Although she entered college with an interest in political science and public policy, it wasn’t until she took courses in education and urban studies that she became certain of what she wanted to study.

“One of the biggest things was that I wasn’t just focusing on one thing,” Mangat said. “But look instead at how all these different systems intersect to create justice or injustice, the everyday condition.”

Mentors from Mangat’s main department encouraged her to pursue her interest in how different systems affect justice and people’s daily conditions.

She called the Urban Studies and Education departments “some of the most supportive and encouraging departments” she has seen.

“I have been encouraged to study what interests me and to produce [research]. … I never even thought I liked research until my professors encouraged me to ask more questions,” Mangat said.

After graduating, Mangat looks forward to traveling around Europe with friends before beginning her work with nonprofits in New York.

Looking back on her time at Columbia, Mangat is grateful for the vibrant student community and culture on campus.

“I think most people I’ve met at Columbia, if not everyone, are incredibly passionate about something, whether it’s something I agree with or not,” Mangat said. “It’s very cool to be around people who care.”