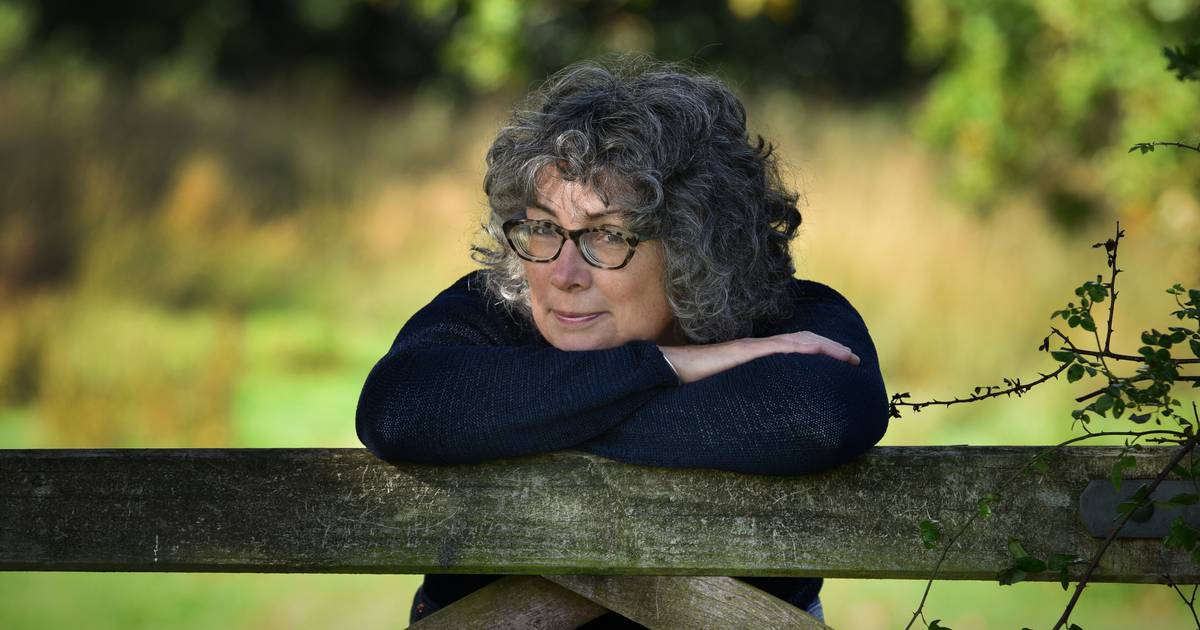 ME dictated the pace of creating my novel – The Irish Times

I’m a writer and I don’t know how it happened. When I was a child, I wanted to be a farmer. My family had no connection to the land, but I imagined becoming a farmer the same way I dreamed of being an astronaut or a cowboy, putting aside the reality of being a myopic girl born in the 1960s poorly lit. I was reading books and anything seemed possible.

I had at least a cowboy hat and a toy gun and was excellent at galloping to the rescue across the commons behind our house. My name was Hawkeye in our simulation games, although I couldn’t see more than a blur because I didn’t know anyone else could see better.

Isn’t that how we all come into the world?

Being a writer, though? It sounded dusty and inside. I didn’t dream of being a writer because I wanted to have adventures, and somehow it didn’t occur to me that writers had adventures too.

But writing brought joy, elation and terror into my life even as my health slipped down an invisible slope, a pebble rolling down a sun-scorched rock face and falling, snapping-smacking off of sight.

I don’t know where this is taking me. I dream, probably as realistically as I dreamed of being a cowboy, of suddenly regaining full health. To know every day that I can rely on my body, push it hard, fall and bounce.

But that won’t happen, so I’m writing. Writing isn’t the easiest option – anyone who writes knows that. But writing is something I can do at my own pace. To those writers who say writing a novel is like running a marathon, I say, damn it true, if that marathon takes 10 years to run, some of them slower than a turtle, some of them completely motionless.

I started thinking about Starling at the end of 2013. I didn’t start until 2015, when I finally mapped out the plot and the characters, writing scenes while the potatoes boiled or in an hour snatched before the start of my day of work. But it was too much. The load broke my ME so I could pretty much work and take care of my family, but no more. I put Starling next to.

Ready to rehydrate, I caught a gastric infection from which my husband recovered in three days. Three months later, I was still seriously ill and my ME was in crisis. I staggered but eventually I had to stop working for an entire year.

In 25 years of ME, I had never been so sick for so long and I was scared. For the first few months, I just rested. I lay down on the couch, walked around the garden, waited and hoped my strength would return. I couldn’t look at a screen. I couldn’t read because I couldn’t concentrate or think – my brain had turned into a bag of lumpy mud. I was exhausted.

Very slowly, my brain and body began to recover, to have more moments of strength and clarity. I started thinking about the novel, taking notes, planning the next draft, then went back to sleep, but at least I had notes to go back to. Did I say that ME gave me the ability to forget even the brightest idea in minutes?

As I began to recover, I wandered off. Some days I would come to the end of the garden, gazing at the plants, the insects, the colors and the shadows before returning inside to rest. Gradually, I began to explore a handful of fields, digging ditches, peering into the oaks, sniffing the air, sucking it all up.

When I finally got back to my manuscript, I wrote the same way. I pushed my sentences to make them vibrate, I lay down in the tall grass of a stage and waited to see what would appear, I sat quietly at the side of the room and I watched my characters rub against each other.

The slow writing gave me time to feel the flow, emotion and energy of the story and I’m glad it’s the only way to do it now. And living like this has brought me closer to the wild world: nature is no longer a blurry background when I run past it. I hope the same is true for the people around me. This way of being has nourished my writing.

A long time ago I heard Hilary Mantel talk about her writing experience hall of wolves, and how – as a woman who lives with an unreliable body – it was amazing to feel the physical power and strength of Thomas Cromwell fill her. Writing my main character, Starling – tiny, nervous, strong, always on the move – I loved dropping into her. I may have gone a bit too far at times – a friend once stopped me to see if I was okay as I was half-jumping, half-striding along a lane, inhabiting the body of Starling and her anger, fear, and determination at her moment of leaving. He told me I was doing something right, and maybe next time I should check who else was around.

It might feel like ME is all in the spirit, as if I were to draw Starling’s vigor into my body like a medicine. If only it were that simple. EM is affecting my nervous and immune systems, preventing my body from recovering and generating energy, and it’s not listening.

ME makes me feel like a tide, like my body is an ocean at the mercy of biological surges that no one has been able to map. I can’t control it, and it’s hard.

Is this why I write? To regain control? I do not think so. Writing is about finding the right balance between exercising control and surrendering to the unknown. In many ways, I’m still that dream cowboy who trots alone in the distant mountains: I don’t know what’s out there, or if I’ll make it out alive, and sometimes I’m scared. of what awaits me. But isn’t that the fear at the heart of the best adventures, the richest stories?