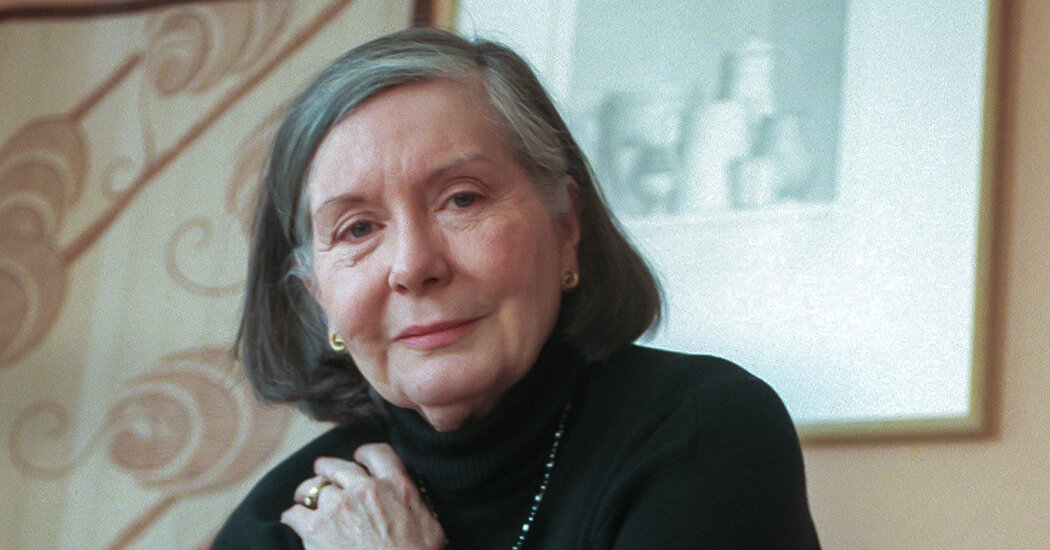 Maureen Howard, who first came to attention in 1965 with her novel “Bridgeport Bus,” which came to be seen as a precursor to second-wave feminism, and went on to write ambitious and acclaimed books for 45 years older, died on Sunday in Manhattan. She was 91 years old.

Mrs. Howard’s novels, some of which had Irish American assimilation as their theme, often featured women facing challenges in marriage and society. Three successive mid-career works, ‘Grace Abounding’ (1982), ‘Expensive Habits’ (1986) and ‘Natural History’ (1992), were finalists for the prestigious PEN/Faulkner Award.

Her last four books, as she described them, were thematically a seasonal quartet – first winter with “A Lover’s Almanac” (1998), then spring with “Big as Life” (2001), summer with “The Silver Screen” (2004) and, finally, fall with “The Rags of Time” (2009). Paul Slovak, her editor on these four books, which were published by Viking, said by email that Ms Howard’s works “featured an ambitious interplay of history, politics, art and culture. life as they followed the stories of families and in particular of fiery, formidable women, offering a broad view of American life over the past 60 years.

Ms. Howard, who has also taught at Princeton, Yale and other institutions over the years, was in her early 30s when she published her first novel, ‘Not a Word About Nightingales’, in 1962.” Bridgeport Bus,” three years later, was a 35-year-old virgin named Mary Agnes who lives with her not particularly happy mother:

“When I come home, my mother and I play a cannibalistic game; we eat each other over the years, tender piece by piece until all that’s left is dry bones and a wig.