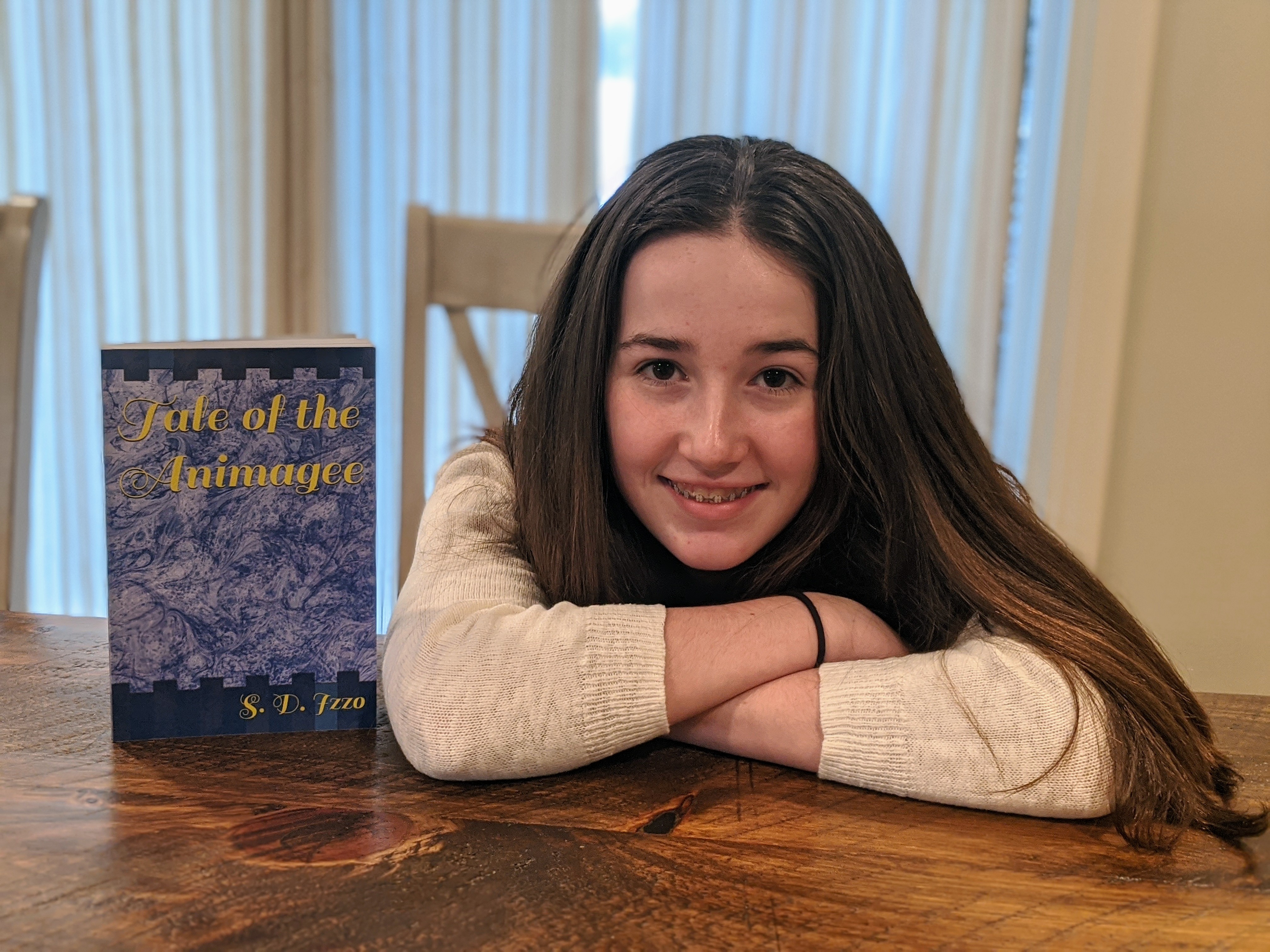 Izzo’s inspiration to write this novel began in third grade and came from his teacher and the writings of JK Rowling. However, it wasn’t until fifth grade that she officially started putting her thoughts on paper.

“I like to make short stories,” Izzo said, though his creation was much more.

In just over 200 pages, Izzo tells the fictional story of four orphan siblings, living alone and navigating through life. They later learn they have superpowers, which takes them on a whole new journey.

The book is aimed at readers aged 9 to 14 – children like the author herself, who turns 13 this month.

That’s not the only similarity to Izzo’s life, as “Tale of the Animagee” is set in West Springfield and mentions the town’s rivalry with Agawam. Izzo’s parents, Melissa and Chris, are from Agawam and West Springfield respectively. Melissa said a lot of influence on her daughter’s choices for the places and people mentioned in the book came from this.

Chris is a teacher at West Springfield High School. When Izzo was writing her book, she said a coworker of her father’s, an AP English teacher, helped with the editing process and provided feedback.
But that’s his job. Melissa said: “We read it [as well]and I didn’t want to change much.

Melissa said she submitted Samantha’s story to Amazon.com, who reviewed it and deemed it worth publishing. As of last week, Izzo has sold over 100 copies since the book’s Christmas release.

“At first it was family and friends, but then the news started spreading around the school,” Izzo said.

Posting on social media from her own account, along with her parents, Izzo spread the word and is proud of her sales. After receiving positive feedback from people in person as well as reviews from Amazon, Izzo decided to “step up” and have a book signing, Melissa said.

Samantha, who writes as SD Izzo, will be signing books April 4 from 6-8 p.m. at the Dante Club, 1198 Memorial Ave. in West Springfield. As the Dante Club is mentioned in the story, the restaurant donated space for the event. All are welcome to have desserts and light refreshments, meet Izzo and buy a book or bring their own copy to sign.

Limited copies of “Tale of the Animagee” will be available upon signing. Izzo encourages participants to purchase the novel in advance. The book is available on Amazon at www.amazon.com/Tale-Animagee-SD-Izzo/dp/B09MDNBTG1.

Izzo said she deliberately ended “Tale of the Animagee” on a cliffhanger, to lead into her next novel. She hopes to complete the sequel by the end of this year. In the meantime, her goal is to “share the novel with as many people as possible” and continue to spread the word.

As an avid reader herself, Izzo’s current favorite author is Rick Riordan, author of the Percy Jackson series. His favorite novel is “The Maze Runner”.

Melissa said Samantha had a bookshelf in her bedroom filled with books that “take up the whole wall.”
Besides writing and reading, Izzo plays basketball, soccer and softball.

Ex-corporate spy Robert Kerbeck explains how he got corporate information