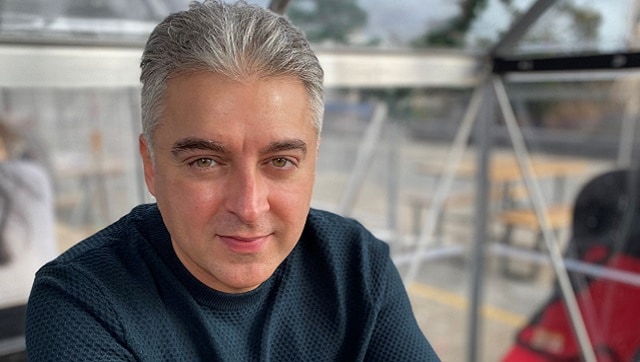 Jugal Hansraj on his children’s novel The Coward and the Sword, and the world he wants his son to grow up in in-Art-and-culture News, Firstpost

“Seeing the news every day and seeing what is going on in the world around us, I have kind of developed a fatigue for all the conflicts that we are constantly faced with. I thought about reversing the idea and creating some positivity, ”says Jugal Hansraj of his early days as a children’s book writer.

Jugal Hansraj, who is still remembered for his debut as a child actor in Shekhar Kapur’s film Masoom (1983), is optimistic about his new vocation as author of children’s books. he has just released his book The coward and the sword. It’s a novel about finding courage within, avoiding violence, and winning hearts by rising above old grudges and extending the hand of friendship.

Filled with adventure, romance and suspense, it comes four years after his first book Cross connection – The adventure of the great circus (2017). Hansraj – who loved to read PG Wodehouse as a child – tells us about the inspiration behind the new book, the world he wants to raise his son Sidak in, his fathering experience, his writing process, and upcoming projects. Edited excerpts from the interaction below.

Your new T-bookhe lets go and the sword is a great story about courage, faith and peacemaking. You dedicated it to your mentor, Daisaku Ikeda, President of Soka Gakkai International. How did your own practice of Nichiren Buddhism inform the writing of this novel?

I have been practicing and studying Nichiren Buddhism for about 10 years, and philosophy has had a profound effect on me. I guess it crept into the book, sometimes consciously and sometimes unconsciously. In fact, Sensei Daisaku Ikeda is also a children’s author which has been inspiring as well.

This story came to mind with the birth of my son, and when I reread a quote from Nichiren Daishonin: “A sword is useless in the hands of a coward. It made me want to write.

Much content for children today, including books and video games, contains images of graphic violence that desensitize them to the suffering of others. However, your book focuses on creating peacekeepers rather than war soldiers. What motivated you to go ahead with this unconventional idea?

Again, the inspiration to move in this direction came from reading the writings of Sensei Daisaku Ikeda, where he talks a lot about world peace. Other than that, seeing the news every day and seeing what is going on in the world around us, I have kind of developed fatigue for all the conflicts that we are constantly faced with. I thought about reversing the idea and creating positivity.

You have reversed the letters of Sidak, your son’s name, to derive the name of Kadis, who is the prince of your novel. Sidak means aspiration. Would you say this book is an expression of the hopes you have for your son?

Yes, I definitely got the name Kadis from the name of my son, Sidak. Well taken there! Although I did not write the character of the prince with the aim of hoping that my son turns out to have similar noble qualities. As a parent, I naturally hope that he will have a positive, courageous and supportive outlook.

How has your fatherhood experience contributed to your experience writing children’s books? Have you become more aware of the world you would like Sidak and the other children to grow up in? What kind of input does he offer when he listens to the stories you tell him?

I wrote my first book before my son was born, but yes, being a father has definitely made me a better writer, with aspirations to live in a better, more peaceful world. He’s still too young to contribute, but he enjoys story time when my wife Jasmine or I read him books and stories. He asks a lot of questions like I guess any inquisitive young mind would.

You grew up in Mumbai and are now raising your son in New York. What differences do you notice between these two childhoods?

New York and Mumbai are similar in many ways, but also different. Growing up in apartment buildings, having friends to play with downstairs, the hustle and bustle and exposure to a variety of communities and events are what I find very similar. In a way, his childhood will be like mine. My dad loved to hang out, play games and play sports with my older brother Sunil and me. I try to imitate this as I go. Hope I can be as good as my dad was.

The coward and the sword seems to advocate alternate visions of masculinity that emphasize kindness and inner strength as opposed to fierce competition and the desire to dominate others. If you had read this book as a child, what kind of impact do you think it might have had on you?

I believe it is more difficult and takes a lot more maturity and courage to make friends with enemies than to make enemies with friends! Ultimately, it’s the inner strength that determines everything. Reading something like this would certainly have had a positive impact on me as a kid. But since I’ve been reading thoughts like this for the past 10 years or so, I’d say it’s better late than never!

Can you tell us a bit about Sara, Tara and Myo, the young women in this book who play an important role in promoting peace? How did these characters form in your mind? In real life, women rarely have a place at the table when countries in conflict sit down to talk about their problems.

Growing up with my mother, I have always admired her inner strength although on the outside she was very gentle, caring and affectionate. When the chips were low, Mom always increased her stake, and that’s something that stuck with me. And secondly, my wife Jasmine is very strong emotionally. She is never afraid to say what she thinks about something she believes in. She’s someone I admire and admire in so many ways, so I guess these two beautiful ladies were the inspiration for the important female characters in the book. Sara’s character is, in many ways, inspired by my wife Jasmine.

Speaking of Kofu and Molonga, the kingdoms that were once united but fell apart, Prince Kadis said, “We are still fighting to justify what our elders were fighting for. Do you think the children of India and Pakistan could convince the decision-makers in those countries to seek peace? Your father was born in Karachi. Have you ever visited or thought about visiting Pakistan?

Yes, my father (cricketer Pravin Hansraj) was born in Karachi, undivided India, before the partition. I would like to have a more general view of everyone, everywhere. This is actually true of any corner of the world. The general population of the world would be very happy to live in peace. We all just want to survive and live a happy life as we can be with our loved ones, so the problems and aspirations of almost everyone in the world are basically the same. So why not help each other?

Let’s talk about the writing process. How did you incorporate the comments on your first book when writing your second? What aspects of your writing have you refined between then and now? Have you taken fiction writing classes?

I didn’t take a writing class despite being a voracious reader from childhood, so I guess it helped develop a love for books in me. Overall, the feedback on my first book was very positive, and it encouraged me to go ahead and write another. My process is first to visualize my story as if it were on the big screen, and then I start taking notes and developing it from there.

Could you tell us a bit about Ruchi Shah’s stunning illustrations and how they add to the experience of the book?

I think Ruchi Shah did a wonderful job with the illustrations. I had different ideas in mind but thought it was better to go with Tina Narang at HarperCollins India as I had a lot of confidence in her as well as in the experience of the publishing house in general. . They’ve done a lot, more than me, so better go with the experts! When I saw Ruchi’s work, I saw how it created a soft and calming feel, which was the feel of the book.

IIn the acknowledgments section of your book, you thanked Joe Sheth who was your English teacher at Campion School in Mumbai. What are your fondest memories of him?

Ah definitely! Not just me, but each of his students would have something tender and kind to say about Mr. Joe Sheth. He was the best teacher you could hope for, and his teaching style was very democratic, and he made English fun. Besides being extremely knowledgeable about all kinds of literature, he made us feel that reading is the most fun activity there is! I wanted to be able to speak like him but I guess I’m far from that! Too bad he died at the age of 44. If he had lived longer, he would have captivated many more generations of students with his knowledge and wit.

What are you working on right now?

I recently finished two films as an actor. Shiv Shastri Balboa is written and directed by Ajayan Venugopalan. It presents Anupam Kher and Neena Gupta. It was shot in the United States in July and August. After that, I acted in a New York University short called Deli Boy. Then I came to India to shoot for a Netflix show. I
were asked not to talk much about it yet. I have been busy the past few months and I appreciate it. I am also working on volume 2 of The coward and the sword.

The Coward and the Sword is published by HarperCollins India.

Chintan Girish Modi is a Mumbai-based writer who tweets @chintan_connect.

A CIA fighter, a Somali bomb maker, and a faltering shadow war