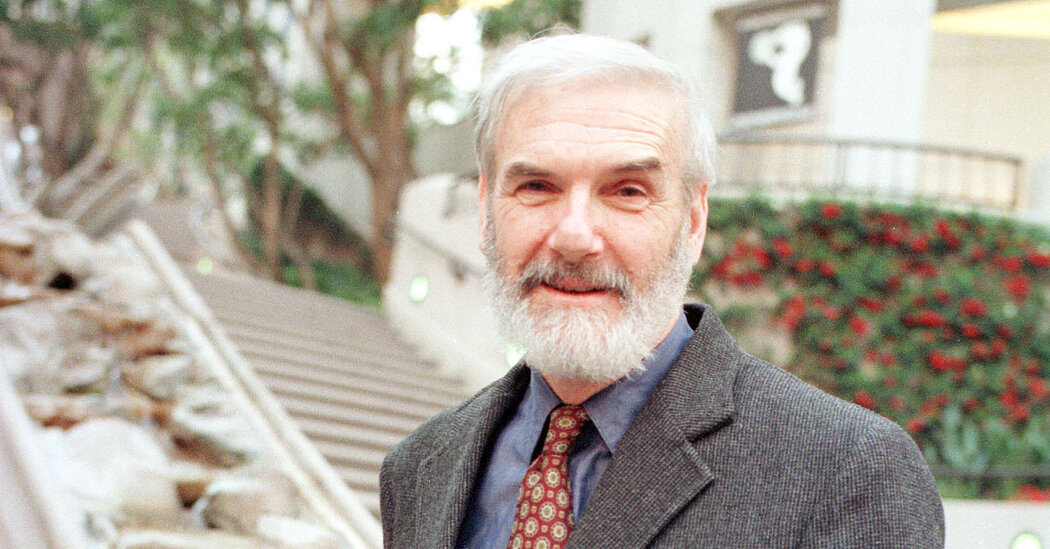 Jonathan D. Spence, an eminent scholar of China and its vast history who, in books like â€œGod’s Chinese Son: The Taiping Heavenly Kingdom of Hong Xiuquanâ€ (1996) and â€œThe Search for Modern Chinaâ€ (1990), unearthed the past and illuminated its present, died Saturday at his home in West Haven, Connecticut. He was 85 years old.

His wife, Annping Chin, said the cause was complications from Parkinson’s disease.

Professor Spence, who taught for over 40 years at Yale University, where his classes were always in high demand, found the big picture of Chinese history in the small details. His deeply documented books probed individual lives and bizarre moments representative of larger cultural forces, wrapping it all in vivid storytelling.

“It’s a delicate spider’s web of a book, skillful, fascinating and precise like Chinese calligraphy,” Diana Preston wrote in the Los Angeles Times in a review of her “Betrayal by the Book” (2001), about a scholar who challenged the Third Manchurian Emperor in the early 1700s. “It’s also annoying because it conjures up so much that still resonates.”

Among Professor Spence’s most ambitious books was “The Research of Modern China,” which was on the New York Times bestseller list and is now standard text. It took an 876-page view of Chinese history, from the decline of the Ming Dynasty in the 1600s to the democratic movement of 1989.

â€œOther books have attempted to cover the political and social history of China from imperial times to communist times,â€ Vera Schwarcz wrote in her review of The Times. “But they lack the narrative technique, the richness of the illustrations and the thematic orientation of this work.”

Professor Spence has written over a dozen books in all, beginning in 1966 with “Ts’ao Yin and the Emperor K’ang-hsi: Servant and Master”, based on his thesis on a minor historical figure in the late 1600s and early 1700s.

â€œThere is no need to make big claims about the personal importance of Ts’ao Yin,â€ he wrote in the preface. â€œHe was not one of the great officials of the Ch’ing dynasty, nor even a major figure of the K’ang-hsi reign. Rather, his importance lies in what the course of his life can tell us about the society in which he lived and the institutional framework in which he operated.

This approach would also guide much of Professor Spence’s later work. The book, Pamela Kyle Crossley, a Chinese scholar at Dartmouth College, said via email, “has transformed the field, and its power of a new movement for storytelling in history has echoed across many other specializations. “.

In â€œEmperor of China: Self-Portrait of K’ang-hsiâ€ (1974), Professor Spence brought this emperor to life with an unusual technique.

â€œJonathan gave us the monarch in his own words,â€ East Asian scholar Frederic E. Wakeman Jr. said in a speech in 2004 (reproduced in 2010 in Humanities magazine) pronounced when Professor Spence became president of the American Historical Association. â€œKangxi spoke directly to the reader – or so it seemed. The book was controversial, as the Emperor’s speech was a collage of a myriad of sources in different contexts. But Kangxi’s voice was crisp and compelling, and the book went beyond the confines of a conventional audience of Chinese scholars to reach a much larger audience.

Emily Hahn, reviewing this book in The Times, said: “Jonathan Spence punctured the translators balloon and let out all the gas.”

A number of other books by Professor Spence have also been released to the general public.

“In the 1970s and 1980s, he almost single-handedly made Chinese history a lively and immediate interest to the general public,” said Professor Crossley. “It’s unusual for a writer with this kind of popular impact to also be at the forefront of scholarly influence and credibility, but Jonathan was.”

A full obituary will be published shortly.

“Such a good time”: Austin author Vanessa King’s debut novel is a mix of Jane Austen and burlesque