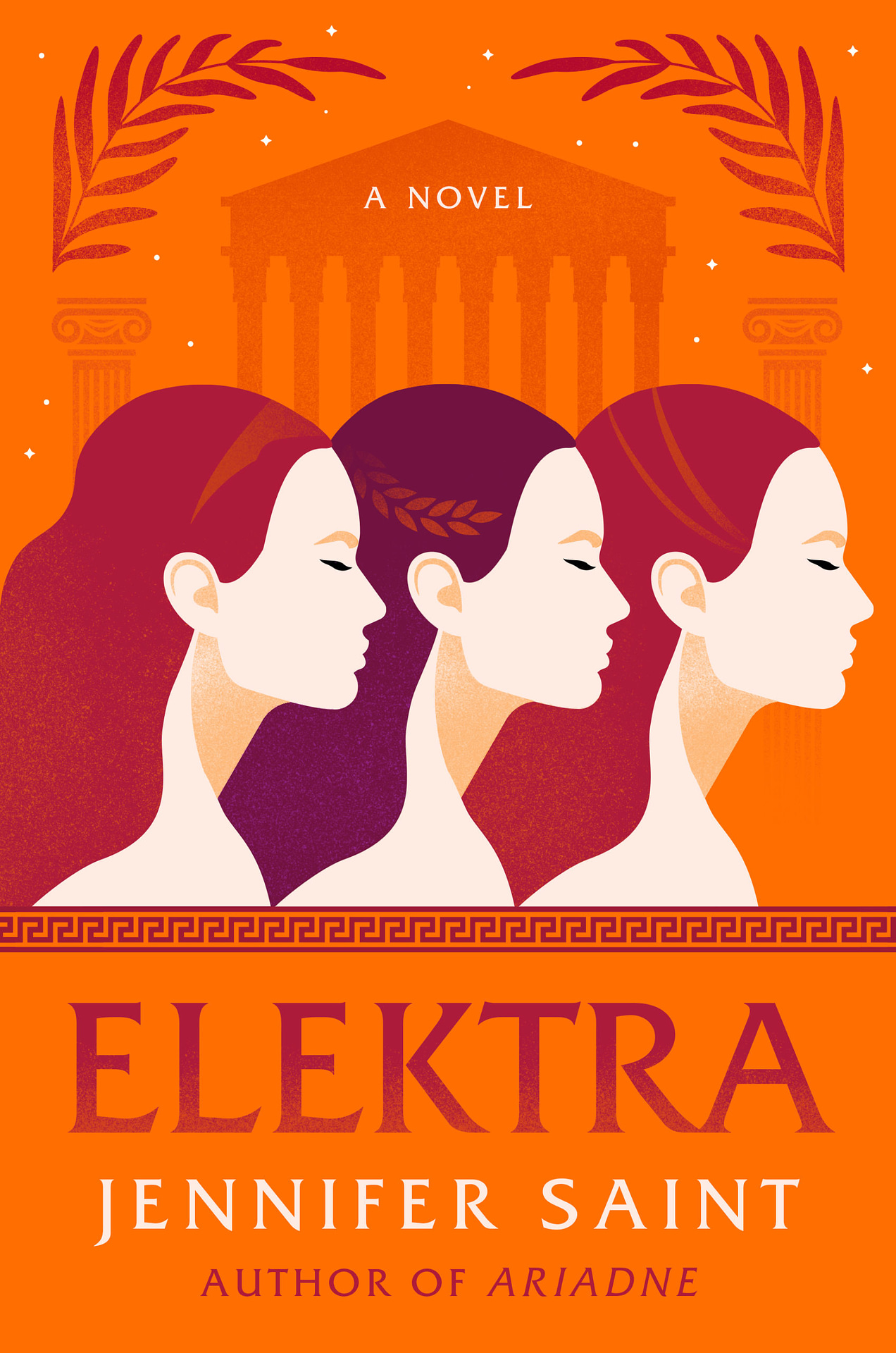 The accounts of Greek myths are as old as the myths themselves. From the tradition of ancient Greek oral poetry and drama to today’s literary and film adaptations, Greek mythology is a powerful source of inspiration for artists and authors. In recent times, stories have focused on unknown voices and lesser-known characters from myths, mostly women. Jennifer Saint’s Elektra is another impressive retelling of Greek myth, a solid sequel to her debut novel, Ariadne, which became an international bestseller, book of the month pick, and has been compared to Circe and the Song of Achilles by Madeline Miller.

Published by Flatiron Books, the book weaves together the stories of three women tied to the House of Atreus, desperate to escape an ancient curse and emerge from the shadow of the heroes of the Trojan War. The characters are well known to those familiar with Greek myths – Clytemnestra, Cassandra and the main character, Elektra, but Saint’s retelling of their stories allows us to experience the dramatic events through their own eyes and with a deeper sense of their emotional truth. and the profound lessons that ancient Greek myths can still teach us today about human nature and its constancy. While readers may have preconceived ideas about these characters from previous literary encounters, Saint has crafted a formidable cast in this book to take on some of the most iconic scenes of Greek mythology and drama.

Clytemnestra appears as a more complicated figure than the mere vengeful wife of Agamemnon and the mother of the doomed Iphigenia as well as the “fiery and incandescent” Elektra, as her father named her, and Orestes, charged with avenging the murder of her father by killing his mother. Some might say spoiler alert here, but for those of us who have read Aeschylus’ Oresteia and Homer’s Iliad, the story and themes are nothing new. Saint’s narrative, however, features expanded details of Elektra’s story that give her a chance to shine as a character and she doesn’t disappoint, even if her mother somehow manages to steal scene after scene.

The book also offers more details on the story of Cassandra, a daughter of King Priam and Queen Hecuba of Troy, who became a priestess of Apollo and is able to predict the future but unable to make herself heard by anybody. She is perhaps the most tragic figure in the entire book and although we know what fate has in store for her, the journey to this end point is gripping and the story so well written that it keeps the reader riveted until at the end.

Fans of Greek myth tales will no doubt enjoy this emotionally charged book, while eagerly awaiting Saint’s next novel.

According to Saint’s biography, her lifelong fascination with ancient Greek mythology led her to read classical studies at King’s College London. She spent the next 13 years as an English teacher, sharing a love of literature and creative writing with her students.

Jennifer Saint’s Elektra is available online and in bookstores, along with her powerful debut novel Ariadne.

The Mendocino Art Center hosts an exhibition of contemporary Indigenous artists, “We Are Still Here” – The Mendocino Beacon