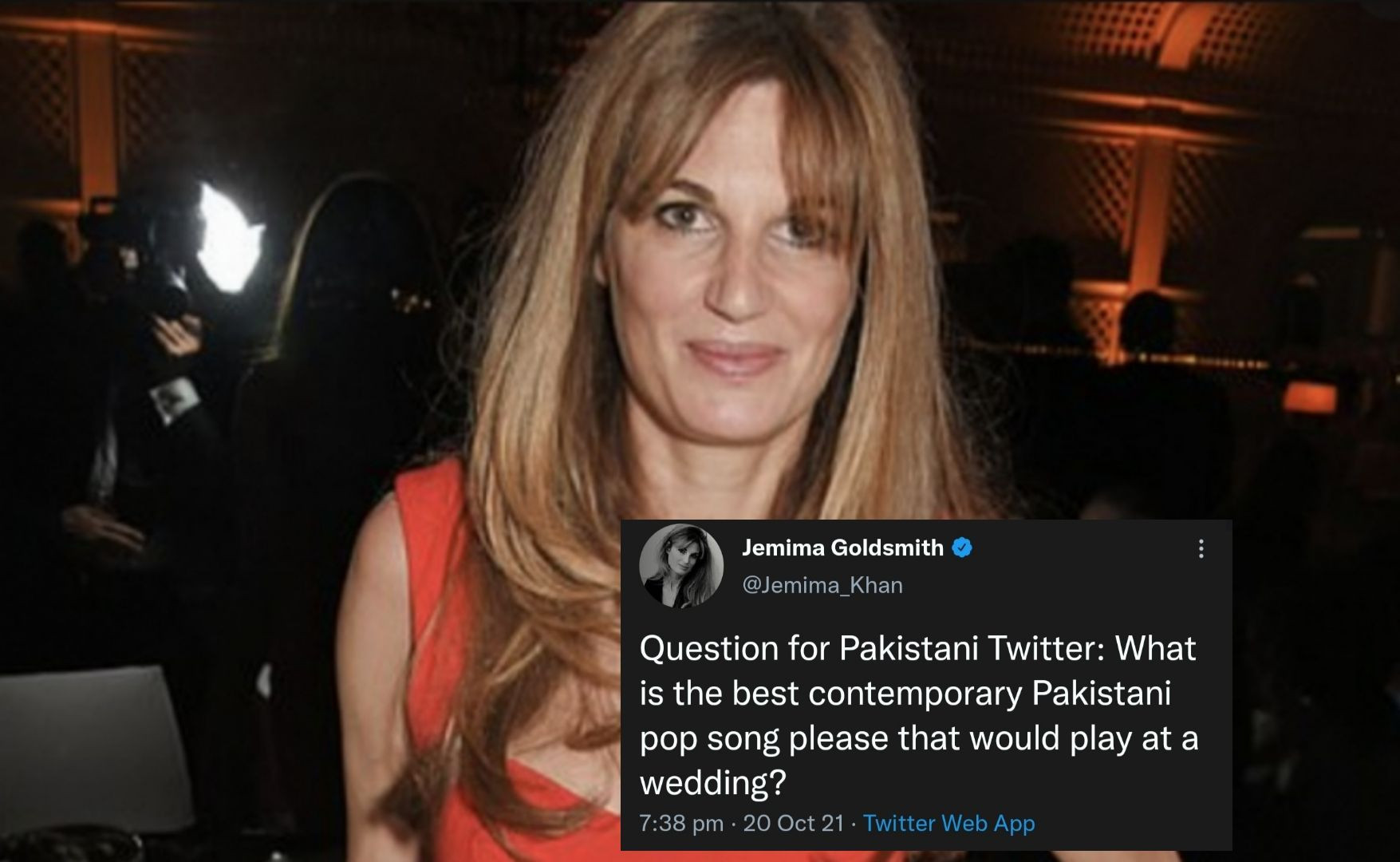 Sometimes Google doesn’t have all the answers. It’s in these moments of helplessness that you turn to Twitter to satisfy your curiosity. In one such instance, screenwriter Jemima Khan recently took to Twitter to research the ultimate contemporary Pakistani pop song to play at a wedding, and as expected, Pakistani Twitter went out of its way. However, while some answers provided the names Jemima was looking for, many went on very different tangents.

Pakistani Twitter Question: What is the best contemporary Pakistani pop song please that would be played at a wedding?

While it is likely that Jemima, who is currently busy filming What does love have to do with it was asking the question about a shoot, several Twitter users were convinced that real wedding bells would ring.

If you have decided to marry Qasim then don’t take tension, bring him to Pakistan, Pakistanis will do anything for him

Many users just wanted Jemima to know that she would always hold a special place in their hearts.

Respected Jamima, you live in the heart of Pakistani people, and we will remember your sympathy and love for Pakistan, we will never forget your good time and stay in Pakistan ðŸ‡µðŸ‡°.
You are still alive in our hearts.
Best wishes for Suleman, Qasim and you.
be blessed

Inevitably, references to Prime Minister Imran Khan were made

I supported Imran Khan for 22 years. I feel hurt when I see no effort to reduce corruption / bribery, to restructure government, to improve processes, to reduce inflation and to balance price against income. It is frustrating and people are disappointed and give up hope.

Hoping Jemima found what she was looking for!