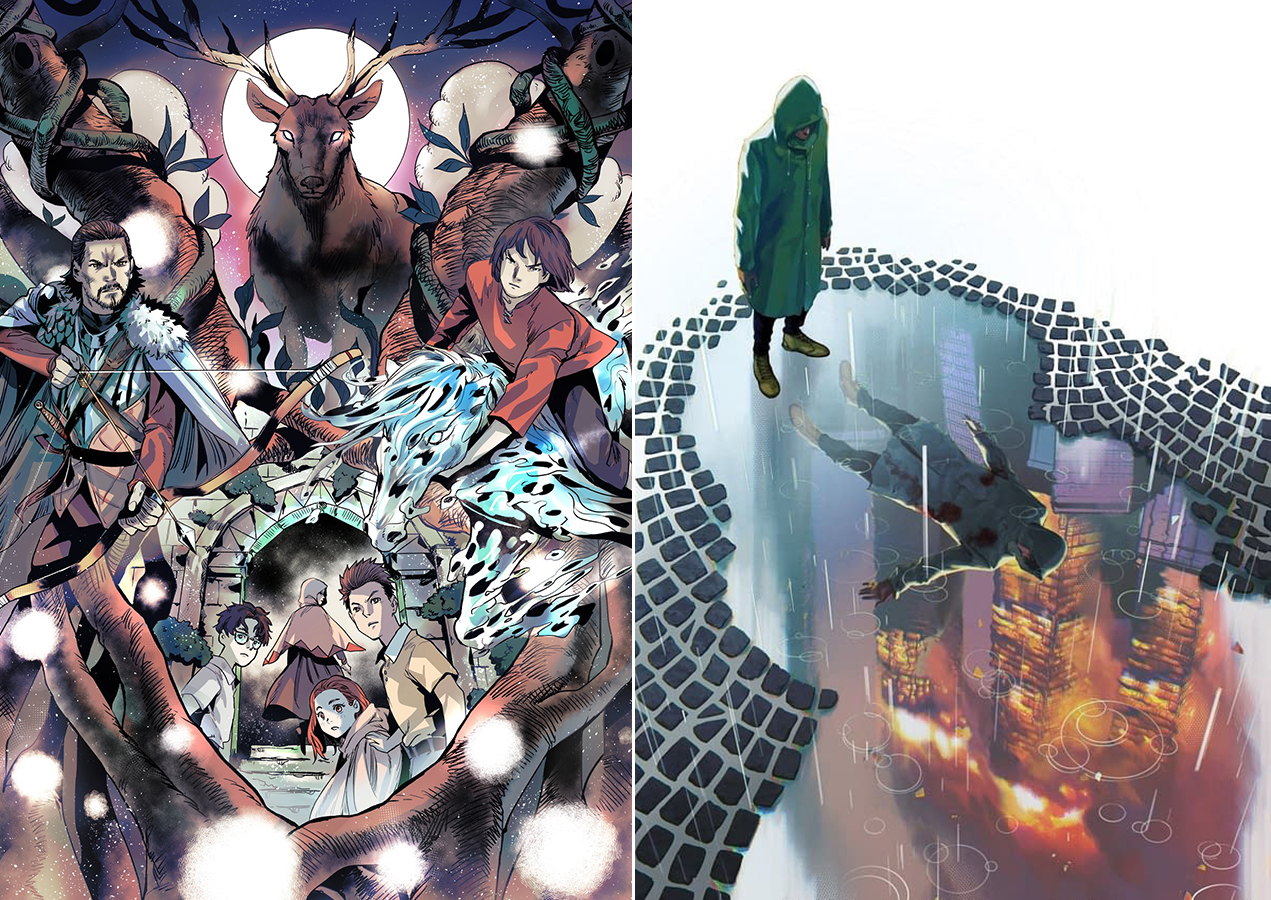 (RNS) – During a panel in November at the famous San Diego Comic-Con, Sohaib Awan described “Beyond the Forest”, an upcoming series of graphic novels, as “a Muslim Narnia”, referring to fantasy novels written by British author CS Lewis (a series which itself includes a handful of references to Islamic culture).

â€œBeyond the Forestâ€, by Noor Yusuf, Tati Nuari and Anny Maulina, focuses on a group of children guided by a supposed â€œwise womanâ€ who helps the group travel to a mystical land in a magical mihrab – or a prayer niche that points to Mecca. The fantasy series is part of Fictional Frontiers, a new initiative announced at Comic-Con, which aims to support Muslim voices with key roles in the development of creative storytelling.

Fictional Frontiers will launch in early 2022 as a fully digital subscription platform for telling stories that often, but not exclusively, have an Islamic frame of reference. While comics will be a key part of the content offered, Fictional Frontiers also hopes to develop prose, poetry and video.

â€œGraphic novels are often a way to test new stories and new ideas that are ultimately developed into TV shows or movies; everyone is hungry for great content right now, â€said Awan, CEO of Jabal Entertainment, which is behind this new effort.

The initiative’s first two comics were announced at Fall Comic-Con, including â€œBeyond the Forest,â€ which draws on fantasy themes. The other, “MODAL”, a sci-fi series written by Ink and Hack and drawn by Dedy Koerniawan, takes place in the near future, where data is used to micromanage the lives of ordinary people.

As July Comic-Con draws 130,000 attendees to San Diego, the smaller fall event focuses on industry insiders for next year’s developments.

Awan, who is both of Czech and Pakistani descent, had no intention of getting into the comic book industry when he came up with the idea for a comic book series. But its unique story of battles between jinn and aliens has caught the attention of one of the major publishers in the comic book industry. When the publisher offered to buy it, the Philadelphia-area lawyer found himself refocusing on his creative endeavors.

â€œI just knew there would be interests in dynamic storytelling outside of superheroes, wizards and dragons,â€ Awan told Religion News Service. Awan started the Fictional Frontiers radio show, initially focusing on the Philadelphia area. It has become, as Awan said, “the only weekly radio show in the country devoted to serious discussion of popular culture.”

Awan’s partner in the new Fictional Frontiers initiative also has a background outside of the comic book industry. Sarah Mughal is a literary fiction writer who practices kung fu in her spare time and has experience in creating more inclusive spaces for creative content. Mughal founded #APIpit, a Twitter pitch event in May 2021 designed to draw attention to self-identifying writers and illustrators in Asia and the Pacific Islands. A second event is planned for 2022.

â€œThe entertainment industry has often limited representations of Islam to certain archetypes acceptable to Muslim characters and an overuse of the desert aesthetic as well. Yet most Muslims are not from the MENA region, â€Mughal told RNS, referring to the Middle East and North Africa.

The Pakistani-Canadian writer is based in the suburbs of Toronto. His writings are inspired by the Koranic tradition and are also devoted to exposing the violent history of colonialism.

The duo believe the initiative comes at the right time as the consumer base of comic book stories has diversified. The November panel was reportedly the first since the event’s inception in 1970 to feature Islamic content developed and written by Muslims.

But while Muslim heroes are not yet visible on the big screen, fans of Muslim comics are increasingly finding themselves at comic book conventions, such as the attention-grabbing Muslim women group that appeared at Comic Con. from New York dressed as different Avenger characters.

RELATED: The “Dune” novels are inspired by Islamic motifs and have in turn inspired Muslim artists.

The San Diego Comic-Con 2019 event included a panel titled â€œSuperSalaam: Muslim Nerds, Geeks and Fandomâ€. Equally of note was Blair Imani, a Muslim woman who attended the cosplay panel as the character of â€œStar Trekâ€ Geordi LaForge – with the addition of a hijab.

His costume garnered international media coverage and praise from LeVar Burton, the actor who played LaForge in the “Star Trek: The Next Generation” television series. Imani reported Comic-Con attendees opposite her inclusion of a hijab, but she pointed out that LaForge may have been of Muslim descent, given that the fictional character was born in Somalia.

While Fictional Frontiers and Muslim cosplay may be popular reflections of the growing engagement of Muslims in comics, a number of new initiatives are underway by major studios to bring Muslim actors and heroes to the screen. . Egyptian-American actor Abubakr Ali was chosen this year to play the hero of Netflix’s upcoming “Grendel” series. He is the first Arab Muslim to be cast as a superhero in a major franchise.

Meanwhile, Disney is working on the new â€œBladeâ€ and â€œMs. Marvelâ€ streaming series. Both projects will include significant Muslim talent. â€œBlade,â€ which begins filming next year, will feature two Muslim Americans in leading roles – actor Mahershala Ali in the title role and Bassam Tariq as the film’s director. â€œMs. Marvel,â€ slated for release in early 2022, will be the first comic-book-based streaming series to feature a Muslim character in her lead role.