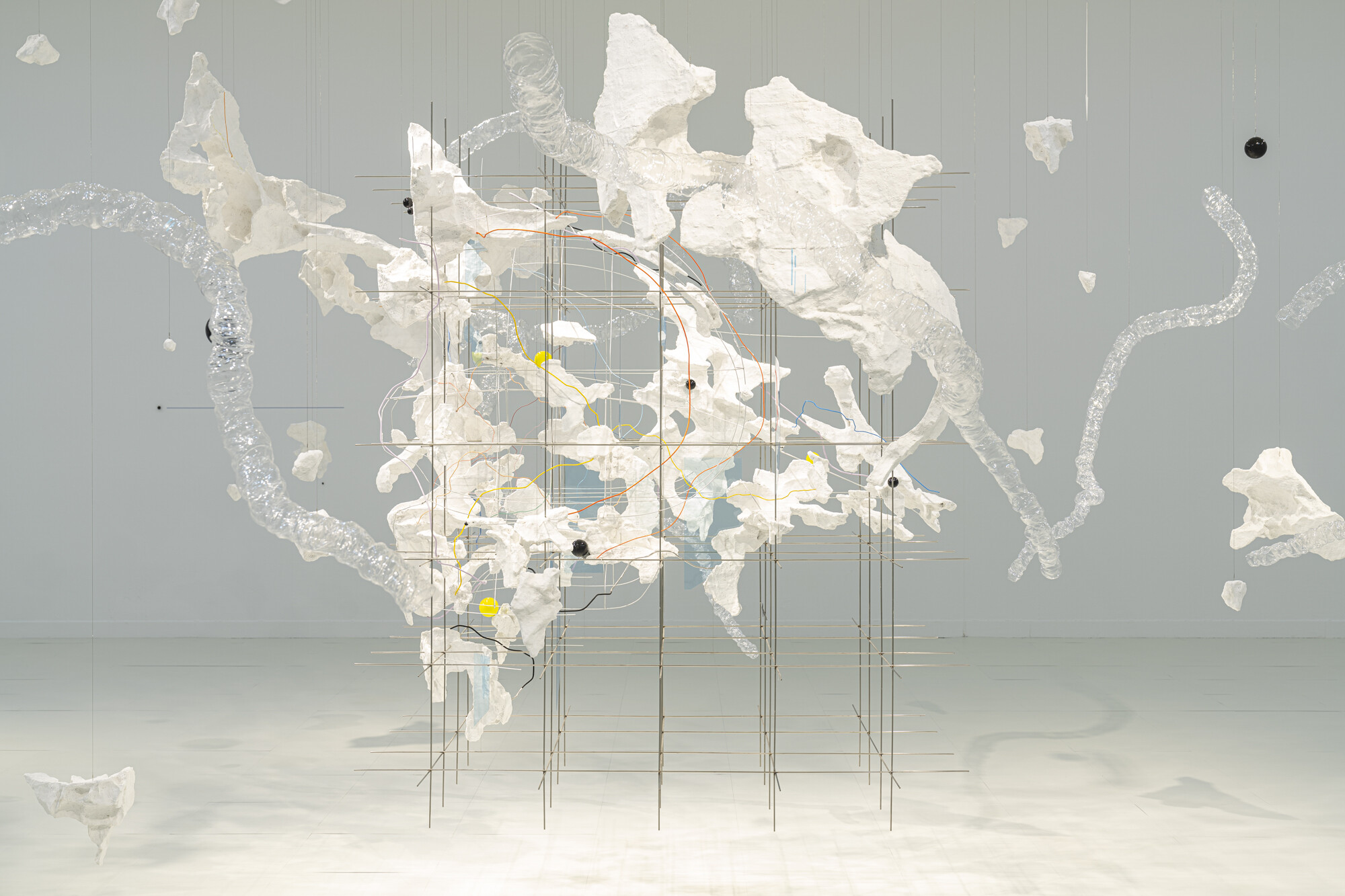 Busan Museum of Art presented an exhibition titled Highlighting the Korean contemporary artist showcase important artists of Korean contemporary art. Spotlight on Korean Contemporary Artist IV—Hyungkoo Lee is held in 2022 as the fourth exhibition and highlights the work of Hyungkoo Lee, an artist who has continued his reflection and artistic approach on the concept of “human body” using a unique figurative language. This exhibition proposes to question the significant meanings of the body that permeate the full extent of his work, and to rethink the prestige of the human body with untapped artistic potentials. Hyungkoo Lee (b.1969~) studied sculpture, earning a BFA at Hongik University College of Fine Arts and an MFA at Yale University School of Art. Upon his return to Korea, he had his first solo exhibition Goals at the Sungkok Art Museum in 2004. In the same year, he participated in exhibitions such as Young artists from Korea, China and Japan at the National Museum of Modern and Contemporary Art and ART SPECTRUM at the Leeum, Samsung Museum of Art in 2006 as a featured artist in the Korean art scene. He has now become a world renowned artist through numerous exhibitions including one held at the Foundazione Sandretto Re Rebaudengo, Italy, in 2006, his solo exhibition at the Korea Pavilion at the Venice Biennale, Italy, in 2007 and an exhibition at the Museum of natural history. Basel, Switzerland, in 2008. Having participated in exhibitions of various domestic and foreign art institutions, Lee has been active as an artist representing contemporary art from Korea.

His artistic interest in the human body began with his first work of Goals series. Having experienced physical differences between races while studying in the United States, Lee produced a device capable of transforming the human body into a desired size or shape. He presented discourses on post-human physicality in a humorous figurative language all his own. Having discovered the physical characteristics of an animation character in an altered human form, he attempted to replicate the character’s actual skeleton on the assumption that a virtual being exists. ANIMATUS The series, which is realistically expressed based on an anatomical approach, evokes an illusion as if looking at the fossil of a character. His interest in the body developed more specifically to the point of exploring vision. eye track The series, which explores the senses of the body which change according to the differences in the way of looking, manifests its desire to boldly go up the narrow border between the visual system and perception. In face tracing series produced by his passion for physiognomy, Lee transformed the face to create 12 new stories. His sculptural gesture, which attempted to recombine and transform his physiognomy, shows his determined attitude to reject a predetermined destiny. MEASURE The series is based on his new visual imagination which began with the act of “walking”. The whole process of his ritual to train his senses to move like a horse and practice riding is presented in Lee’s unique playful visual language. As Lee identified the shift in perception brought about by the body through all sorts of experimentation, he unfolded the body into an expanded space in Chemical and chemical volume series. Audiences will experience the “human body” as a kind of astronomical landscape and a microcosm at a given time by walking through Lee’s perspective that moved inside the human body.

The body, for Lee, is the object, the material and the medium of representation. The body does not result in a single realization, and is a source of questioning and inspiration for the artist who does not stop the persistent follow-up and exploration. The exhibition, which features more than 100 works from his earliest works to pink ship—his new play in 2022, also features the archives he has collected, including human models, objects and books on anatomy. We hope this will help the audience to understand his work in depth.

The new poetic and penetrating novel by Mieko Kawakami –