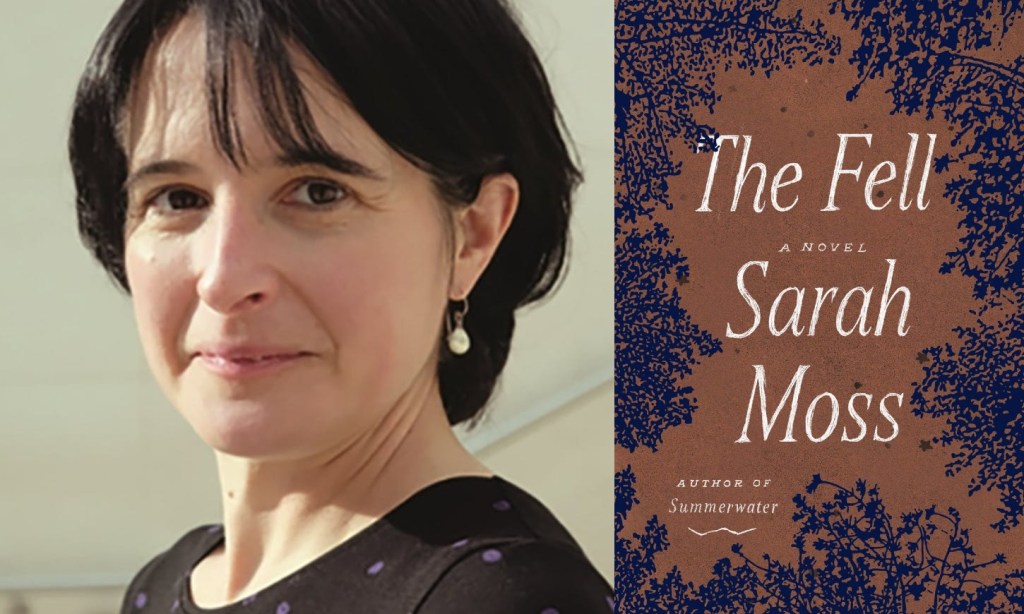 While writing “The Fell,” Sarah Moss realized she was working on a dystopian novel. Yet the British author’s latest novel isn’t quite like “The Handmaid’s Tale,” “Do Androids Dream of Electric Sheep?” or other such examples.

It’s not in the future and it’s not science fiction: ‘The Fell’, released on March 1, is set in 2020, in the UK and the pandemic that hit is clearly COVID-19 , although it is not mentioned by name.

“It’s exactly how you would write a dystopian novel, except it’s a realistic novel, apart from the talking bird,” she said in a recent video call from her home in Dublin, Ireland.

Related: Get more stories about books, authors, and bestsellers by signing up to the free Book Pages newsletter

Moss doesn’t dig into the specifics of the virus that has spent the past two years disrupting everyday life. Instead, she examines how individuals and communities responded to a public health emergency, asking questions that will linger long after we understand how to live with COVID-19.

“I think a lot of what we think of as COVID-specific is going to come back when we finally face the real emergency, which is climate change, because a lot of the issues will be similar,” Moss says. “When resources are limited, what counts as essential? How can we respond to an emergency without exacerbating social injustice? How do we combine a commitment to social justice and human rights with the need to conserve dwindling resources These are the pandemic issues, but they will also be the climate emergency issues.

‘The Fell’ follows its characters from different generations and backgrounds as they come to terms with life during lockdown. A crisis occurs when a woman goes missing, which raises the question of how to respond when a family member, friend or neighbor needs help and you are expected to keep your distance.

“I was thinking a lot about risk-taking and individual versus collective well-being and well-being,” says Moss, who moved from the UK to Ireland at the start of the pandemic. She wrote the novel at a time when people in Dublin were not allowed to travel more than three miles from home.

In particular, she looked at how the lockdown has changed people’s attitudes towards each other – and about kindness. “There was so much moralizing and judgment,” she says. “I wondered what we were losing.”

While there isn’t a single pandemic experience, the characters reveal what they miss about their former lives and how they really feel about the restrictions, which feature a range of feelings that apply to everyone.

“I know it’s been different from place to place, but in Ireland and England we weren’t allowed to leave the house for long periods of time, which meant that people who had been alone before felt lonely. People who were previously in family groups were smothered,” says Moss. “I think everyone I knew was either desperate to get away from the people they were living with or desperate to see people. didn’t really seem to be any common ground.

She adds, “There are four people in my house and we were together more than we ever were, really.”

Moss also reflected on how people answered the once-simple question of how they were doing. “Every conversation, every time you said, ‘How are you? “, the answer had to be:” Well, I’m very lucky. I am not in intensive care and I am not dead,” she recalls. “Yeah, we’re always lucky not to be in intensive care and not to be dead, but that doesn’t answer the question: how are you?”

Moss says that says a lot about the impact of the pandemic on society beyond the symptoms of the disease itself.

“I thought it was such an apolitical decision – to be put in a position where you just have to be grateful to be alive, to be denied permission to demonstrate, complain, oppose or protest “, says Moss. “I could see it was serving all sorts of interests in all sorts of pretty scary ways. So I was thinking about all these feelings contained in houses, the guilt of being privileged, it erases your right to feelings, the desire to get away from people, the desire to reach people and all of that escalated during containment. ”

All of this amplifies the fundamental question at the heart of “The Fell”, a question that could be applied to many different situations. “It’s really about knowing how to coexist under pressure,” Moss says of the novel. “The exact nature of the pressure, I think, is not crucial.”