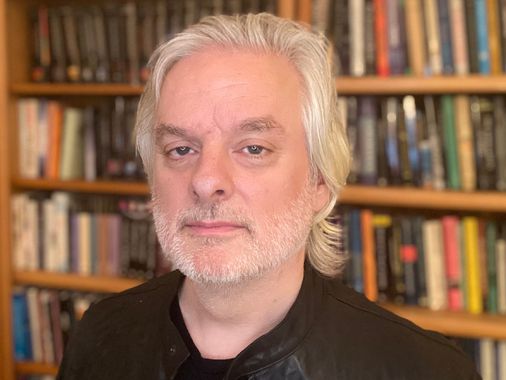 How real could virtual reality become?

The challenge of understanding virtual worlds is something David Chalmers has considered for some time. In 2003, Chalmers, professor of philosophy and neural sciences and co-director of the Center for Mind, Brain, and Consciousness at New York University, wrote “The Matrix as Metaphysics” for the official movie website “The Matrix”, that hooked audiences on a long-standing philosophical question: what is real?

In his new book, “Reality+: Virtual Worlds and the Problems of Philosophy,” Chalmers defends the counterintuitive ideas of “virtual realism”: that virtual reality is authentic reality; digital objects are not illusions; and possibly living in virtual worlds may be our best option. Our conversation has been condensed and edited.

Imagine we were conducting this interview in virtual reality – putting on headsets, logging into a virtual reality social platform, and having our cartoon avatars talking in a digitally rendered cafe. Since the avatars and cafe are computer-generated, it’s tempting to say they’re fictional, like the characters and settings in the novels and movies. Why do you believe they are real?

In a “Lord of the Rings” video game, we play fictional characters, but an ordinary conversation between two people in VR is perfectly real. There is nothing fictional there. Our avatars are real digital objects and the café is a real digital space. Digital objects are not the same as physical objects, but they are still real. They make a difference and they are not all in our minds. We really meet in a virtual cafe and have a real conversation. In the future, people could truly be employed in virtual worlds and establish real relationships. It’s not fiction!

Let’s further imagine that we sit our avatars on virtual chairs on opposite sides of a virtual table. Since we will perceive the table and chairs to be in physical space, it is tempting to say that virtual reality is fooling us. Why are these objects not illusions?

Imagine we are conducting this interview in the distant future. An AI-controlled avatar approaches us and says, “Forgive me for interrupting you, but I find your conversation fascinating.” You said you thought if science and technology got advanced enough, the avatar could be sentient, not just an intelligent chatbot. Since the avatar has no biological brain, how is this possible?

If the avatar looks like a current chatbot, it will not be aware. But if he has something like a simulated brain, I think he might be sentient. I don’t think there is anything special in biology. In principle, we could swap our neurons for silicon chips and still be conscious. In my opinion, consciousness is tied to certain information processing patterns and not to a specific biological substrate.

But how likely is a digital entity to ever match or approximate the complexity of human consciousness? After all, the biochemistry of the human brain plays a fundamental role in what we understand and experience.

The human brain appears to be a complex machine, with 86 billion neurons interacting in complex patterns. In principle, it should eventually be possible to simulate this machine by simulating its parts and their interactions. Complexity does not prevent digital entities from having the same type of consciousness as human brains.

Imagine that the avatar keeps talking and says, “It’s immoral that most humans treat digital beings like me like mere objects.” Why do you think the avatar deserves better if it’s conscious?

Let’s say that after you finish talking to the AI ​​avatar, you tell me that you find virtual reality so satisfying that you plan to spend most of your time there – perhaps downloading your mind in some way permanent and abandoning the physical reality. How would you defend this decision?

Wouldn’t it be scary to disappear into virtual reality and leave our physical bodies so vulnerable to abuse and neglect? And wouldn’t it be tragic to stop treating natural wonders, heirlooms and historically significant artifacts as irreplaceable?

How could virtual reality offer better possibilities for building and maintaining meaningful relationships than physical reality?

Friendships built in virtual worlds such as Second Life can already be as meaningful as ordinary friendships. They offer new possibilities: they allow old friends to stay in touch, and they allow elderly and disabled people who do not have full access to physical reality to form new friendships. Of course, sex is quite limited in current VR. But new technologies such as brain-computer interfaces will gradually expand the possibilities. A long-term possibility is illustrated in the “Black Mirror” episode titled “San Junipero”, in which a dying couple downloads into a digital world to continue their relationship there.

We talked about VR without mentioning Big Tech. Suppose companies like Meta Platforms (formerly Facebook) exert a powerful influence on how virtual worlds are designed and governed. Do you think we can avoid further degradations of privacy and the emergence of more powerful forms of harassment and intimidation?

Most virtual worlds are now corporatocracies, governed by corporations. The corporations are indeed the gods of these worlds, potentially omniscient and all-powerful. This has a much worse potential for manipulation and abuse of privacy than what we already find with social media. For this reason, I hope there will be a robust environment of virtual worlds, many of which are owned and controlled by users rather than companies. If there is a real choice between virtual worlds, there may be less abuse.

There is another way that the profit orientation of companies can limit the potential of virtual reality. Businesses can create markets where luxury products and services differ dramatically from commodities. Do virtual worlds risk exacerbating inequalities?

A big difference between virtual reality and physical reality is that material goods in virtual reality are abundant. It is almost trivial to duplicate a car or house in VR. This opens up the possibility of a post-scarcity economy where material goods are well distributed. I don’t think it will be an egalitarian utopia. Profit seekers will inevitably develop forms of artificial scarcity, such as non-fungible tokens that cannot be duplicated. And the relationships of power and dominance will always be there. But the inherent abundance of virtual worlds at least opens up new possibilities for social justice.

Evan Selinger is a professor of philosophy at Rochester Institute of Technology and an affiliate researcher at the Center for Law, Innovation, and Creativity at Northeastern University. Follow him on Twitter @evanselinger.