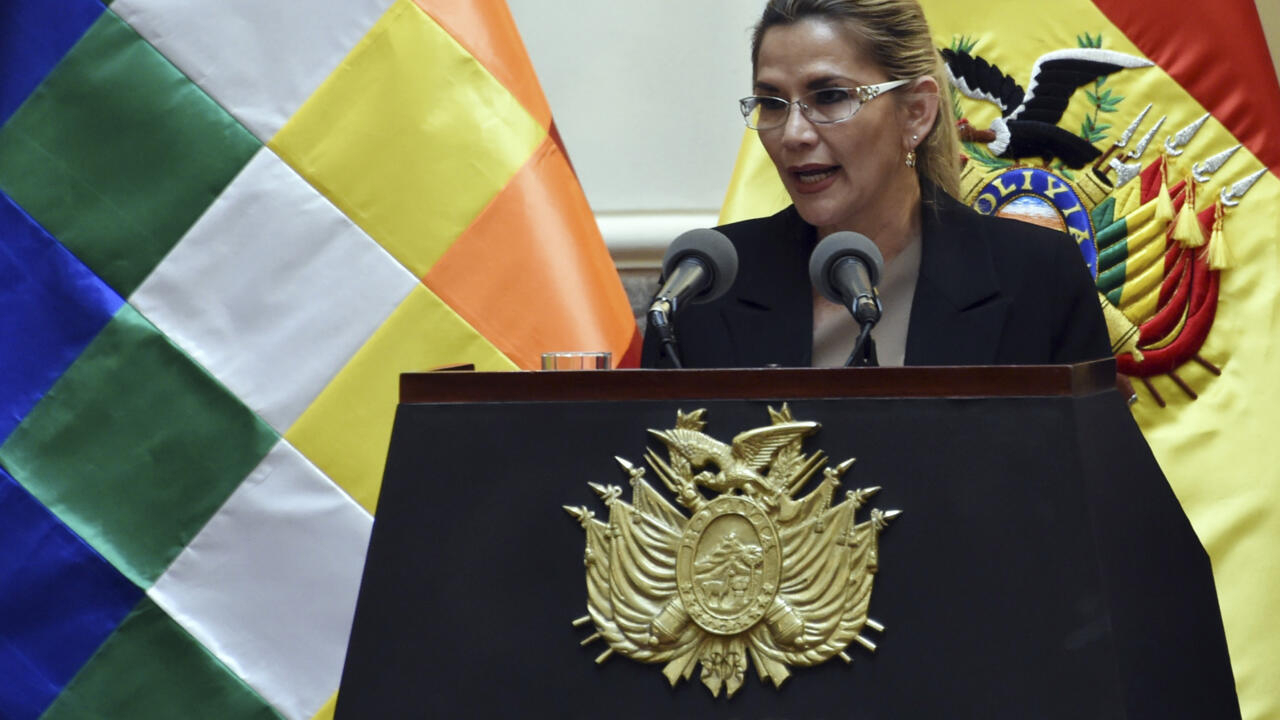 La Paz (AFP) Bolivia’s ex-president Jeanine Anez was sentenced to 10 years in prison on Friday, more than a year after her arrest for an alleged plot – dismissed as fictitious by many – to oust rival and predecessor Evo Morales.

Anez, who has been in pretrial detention since March 2021, has consistently spoken out against what she calls political persecution.

The former interim leader will serve 10 years in a women’s prison in La Paz, the administrative capital’s first sentencing court announced in a decision that comes three months after her trial began.

Convicted of crimes “unconstitutional and dereliction of duty”, Anez was sentenced to “a 10-year sentence” for charges stemming from her time as a senator before becoming president.

The prosecution had requested a 15-year prison sentence.

The former leader had previously announced that she would appeal if found guilty, saying: “We are not going to stop there, we will go to international justice”.

Anez still faces a separate pending court case for sedition and other charges related to his short presidential term.

Early in his presidency, Anez called in the police and military to restore order. The post-election conflict left 22 dead, according to the Inter-American Commission on Human Rights (IACHR).

For this, Anez also faces charges of genocide, which carries prison sentences ranging from 10 to 20 years.

Anez, from the right, became interim president of Bolivia in November 2019 after Morales, who claimed to have won a fourth consecutive term as president, fled the country in the face of mass protests against alleged electoral fraud.

The Organization of American States (OAS) said at the time that it had found clear evidence of voting irregularities in favor of Morales, in power for 14 years.

Many of Morales’ potential successors – all members of his MAS party – also resigned and fled, leaving opposition MK Anez, then vice president of the Senate, next.

Virtually unknown, the lawyer and former TV presenter proclaimed herself interim president of the Andean nation on November 12, 2019, two days after Morales resigned.

Elections were held a year later and were won by Luis Arce, a Morales protege.

With the presidency and congress firmly under MAS control, Morales returned to Bolivia in November 2020.

After passing the presidential reins to Arce, Anez was arrested in March 2021, accused of seizing power improperly.

The arrest took place in the city of Trinidad, located in the department of Beni, where she was born and where she returned after her term.

“I denounce before Bolivia and the world that in an act of abuse and political persecution, the MAS government has ordered my arrest,” she said on Twitter at the time.

In detention, Anez will continue his hunger strikes.

Shortly before the start of her trial in mid-February, she echoed the same sentiment by declaring: “I assumed the presidency of Bolivia without asking for it, without soliciting it and even less waiting for it… with the only mission to organize elections”. and calm a country in crisis.”

According to one of Anez’s lawyers, Luis Guillen, having multiple cases being pursued against her at the same time violates the law.

He further argued that the court that weighed in was not capable of deciding constitutional issues and that the former president should be tried in congress.

The IACHR called the 22 deaths that occurred early in Anez’s term “massacres” and found that they indicated “serious human rights violations”.

Unlike the other charges against Anez, the case will be dealt with by Congress, which will decide whether or not to hold a trial.