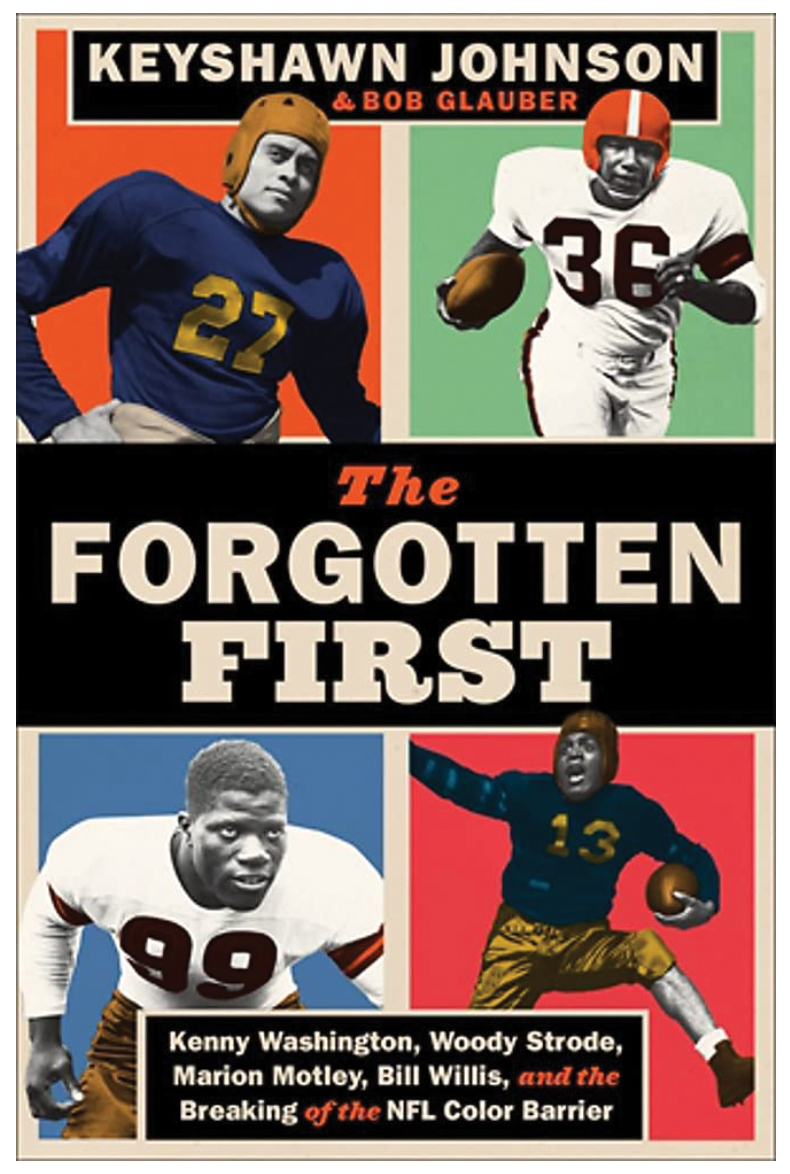 In this age of racial reckoning, it is not only fitting but meaningful that the stories of the NFL pioneers be told.

Keyshawn Johnson, the first pick in the 1996 New York Jets draft and now host of ESPN’s morning show “Keyshawn, JWill and Max”, did it.

Collaborating with Bob Glauber, Newsday columnist and 2021 recipient of the Bill Nunn Jr. Award from the Pro Football Writers of America for outstanding long-standing reporting, Johnson is the author of “Forgotten First.” The book is illuminating and often angering documentation on an ugly period in professional football history.

And it’s a tribute to four men who crossed the color barrier in a sport in which 70% of players are now African-American: Kenny Washington, Woody Strode, Marion Motley and Bill Willis.

â€œIt’s near my home. It is an educational vehicle for those with a lack of education on how minorities were reintegrated into the National Football League a long time ago, â€Johnson said.

Johnson and Glauber pay tribute to others who have helped bring the game into the game, especially Paul Brown, arguably football’s greatest coach and innovator. Brown never saw the color, and in 1946 he recruited Motley and Willis for his Cleveland team at the All-America Football Conference even as Washington and Strode were on the verge of making an NFL breakthrough.

“He never saw himself as doing anything other than recruiting the best players,” Bengals owner Mike Brown, son of Paul Brown, said in the book. â€œHe didn’t see himself as someone who deserved credit as a civil rights leader. He did it just because he thought he was doing the right thing.

The authors also make compelling observations on those who blocked integration, including former Washington franchise owner George Preston Marshall, the leader of the anti-minority movement within the league that other owners have silently backed. A monument outside Washington’s RFK Stadium in honor of Marshall was demolished last year.

â€œGeorge Preston Marshall was a shameless segregationist who had a huge impact on the NFL in terms of keeping African American players out of the league,â€ Glauber said. â€œBack when he owned the team, Washington was the southernmost franchise in the country, and Marshall was adamant that he didn’t have black players because he believed they would alienate his fan base. .

â€œThe other owners just didn’t push back, and after the 1933 season there weren’t any black players in the league. Looking back, Art Rooney Sr. called it the biggest mistake of his life as an owner.

Even after reinstatement began in 1946, Mar-hall refused to recruit African-American players. It was only after pressure from the upper echelons of President John F. Kennedy’s administration in 1961 that he finally gave in.

One of the best chapters of the book, published by Grand Central Publishing and available September 21, deals with the relationship between Jackie Robinson, famous black first Major League Baseball player in 1947, and his UCLA teammates Washington and Strode. . At one point, the trio were nicknamed “Three Dark Horsemen” in a play “Four Horsemen” by Notre Dame. They were so good.

For all of their successes, especially by Washington, the first Bruin to lead the nation in all-out offense and an All-American, the NFL wasn’t about to sign an African-American in 1939. Not even the best player in the game. the country.

There would, of course, be professional level success for Washington and Strode, but not like Motley and Willis, who were inducted into the Professional Football Hall of Fame after their exemplary careers. Strode became better known as an actor. Washington, plagued by knee problems, was the forerunner of backs like Bo Jackson and Gale Sayers, who were also otherworldly athletes with careers cut short due to injuries.

But Jackson and Sayers faced nothing like the racism that “Forgotten First” men did. Thanks to Johnson and Glauber, their stories – and hopefully some lessons learned – will be recorded with readers.

â€œWe didn’t write this book because of the racial calculation of the country over the past two years,â€ says Glauber. “We wrote it because these four pioneers have really been forgotten by history, and people must know the names Washington, Strode, Willis and Motley as much as they know Jackie Robinson.”