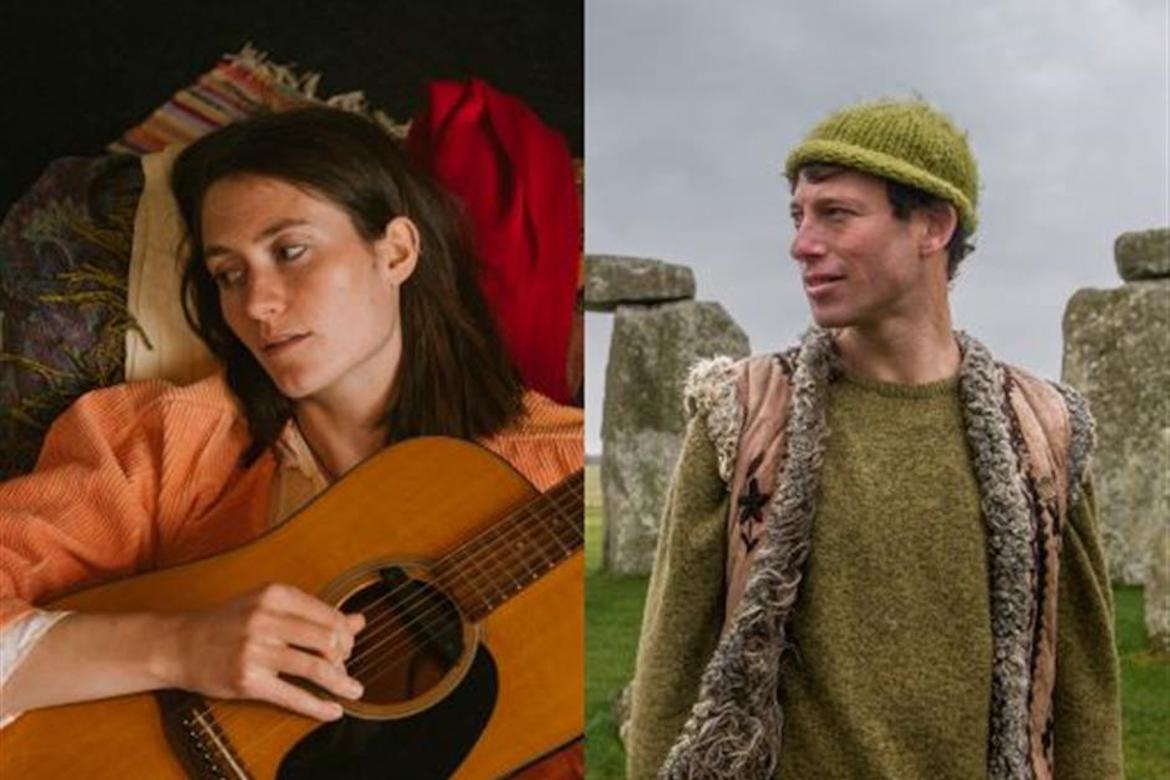 Sam Lee and Rachel Serman are in the spotlight FolkeFest: Folkestone Contemporary Folk Festival, a new folk festival for Folkestone to be held from 21-27 March 2022. The festival will feature 40 diverse acts as well as many diverse events including street theatre, film and dance, workshops, lectures and even clog dancing. It has an amazing range… if you love FRUK then this range is sure to appeal to many of you.

The week-long multi-site multi-arts festival will be closed by the winner of the BBC Young Folk Award Maddie Morris whose LGBTQAI+ political folk songs will also highlight the festival’s inclusive approach to folk music.

The week Folkestone Contemporary Folk Festival is centered around the city’s thriving creative district. It is funded by Creative Folkestone’s Festivals Fund and the Roger De Haan Charitable Trust, with further support from Kent County Council’s Build Back Better Fund.

The diversity of the festival’s programming sets it apart. It highlights his progressive approach to representing today’s artists and music and provides a platform to elevate unsigned and emerging artists.

Some of the lineup members you may know best include the Mercury Prize-nominated folksinger Sam Lee, a man of many hats, including writer, conservationist, song collector, award-winning promoter, broadcaster and activist. Sam has been instrumental in exposing new talent through bands like Nest Collective, and he is one of many young actors who have helped reshape the UK folk scene. His music is both unique and inspiring, drawing on a mass of influences and offering great relevance to the world we inhabit today, which is more than apparent on Old wow.

In truth, it’s great to see so many artists transcending borders and genres, something Rachel Serman is no stranger to something reflected in his music and out. Her curiosity and experience have spawned an inspiring podcast series that I encourage you to listen to – Rachel Sermanni’s Finger That Points to the Moon. His latest EP, swallow mewas a deep dive into motherhood and was praised for her vulnerability and honesty.

Margate’s “broken folk” duo Lunatraktors will make a welcome appearance. Their ‘missing starThe album was unlike anything we had heard before, which Billy Rough described as “A powerful commentary on the politics of our time, it deserves wider listening, and I for one would love to see that played live. A timely recording. We need that.” You heard it… a must.

One of the most memorable choirs I’ve heard is the Contemporary Voices of London (VUL). As mentioned above, there are many diverse activities during the week-long festival. Those who enjoyed Nathan Evans’ hit Wellerman will no doubt appreciate the Folk Songs and Shanties workshop led by singers from the LCV choir on Sunday 27and March.

It was thanks to Sam Brooke which I first heard LCV when he recorded a number of his songs with them under the Thames in the dramatic Woolwich Foot Tunnel. It’s recorded in full 3D binaural – so listen with headphones. Sam will also be performing at the festival, a singer we have declared a national treasure on these pages.

Another FRUK favorite is the Excavator Dance Collective, described as nurturing the story of the source material; they bring sensitivities drawn from the drone, improvisation and metal. In doing so, aiming to uncover proto-feminist narratives and queer histories and to elevate the voices of workers who created and are creating the world’s wealth. In his review of their Offcuts and Oddities release, Richard Hollingham completes his review of “Offcuts and Oddities”, there must be more to come – please. Isn’t that a big enough push to go see them live?

The lineup for this festival is so up our street…another FRUK favorite that pops up is Milkweed. Thomas Blake reviewed their debut Winter-themed EP which he describes as a kind of aberration… They seem determined to revive the more wacky and eccentric traditions of folk music, where old and new religions intertwine and strange and haunting sounds proliferate.

More artists join the incredible inaugural Folkestone Quarterhouse line-up on the 26thand March will feature award-winning local violinist and composer Anna Phoebe of Deal (a regular collaborator of Nitin Sawhney) and renowned folk musician Martha Tilston. Martha certainly hit new heights recently when she not only raised the funds to make a movie called The Tape, but she also wrote, starred, and directed. She knows no limits!

As mentioned in our recent The Tape album review, the soundtrack is a glowing testament to his burgeoning songwriting, musical and vocal genius.

Also appears the folk-rock band from Faversham Green diesel released their fourth album last year, reviewed here. Mike Davies concludes, “Like the eco-friendly biofuel they are named after, drawing on the organic components of their influences, Green Diesel brings a renewable energy source to the world of traditional and progressive folks. Fill your tank.

Young pioneer of the folk recorder Finn Collinson and dreamy Nepalese singer-songwriter Yugal Gurung will support the main acts – Folkestone has long been home to a large Nepalese community due to the nearby barracks of the Royal Gurkha Rifles.

As mentioned above, the Folkestone Contemporary Folk Festival intends to act as a platform to elevate unsigned and early career artists, as well as raising topics such as ‘Future Folklore’ at the era of AI, virtual reality and multiculturalism. Artist and researcher Dr Lucy Wright will discuss BIPOC and feminist representations in folk traditions, while the Syrian oud virtuoso Rihab Azar will wow the public at Folkestone Parish Church.

Of note is the number of LGBTQAI+ artists performing at the festival. Festival director Didier Rochard, who previously co-directed Folkestone Pride, said:

“LGBTQAI+ people have been left out of many history books, but we know they were there. Our new festival is helping to reintegrate homosexuality into folk, complementing many other good works done by pioneering folk groups in across the country. The folk scene should not be a museum space – it should be a dynamic space that anyone can move into and call home; a place to experience our cultural heritage and to document and celebrate the culture of today. today through many creative mediums. The enthusiasm for our first festival has been absolutely heartwarming – the artists are excited to once again show their work in public.

Solidarity and community through song has long been associated with folk music, so it’s exciting to see a festival like FolkeFest being so embracing and progressive in its approach.

The festival is timed to coincide with the vernal equinox and is expected to see the people of #FolkestoneMusicTown emerging from a lockdown hibernation to embrace live performing arts. Tickets for the main Quarterhouse show are priced at just £25 for seven top performers. Other events throughout the week Pay what you want.