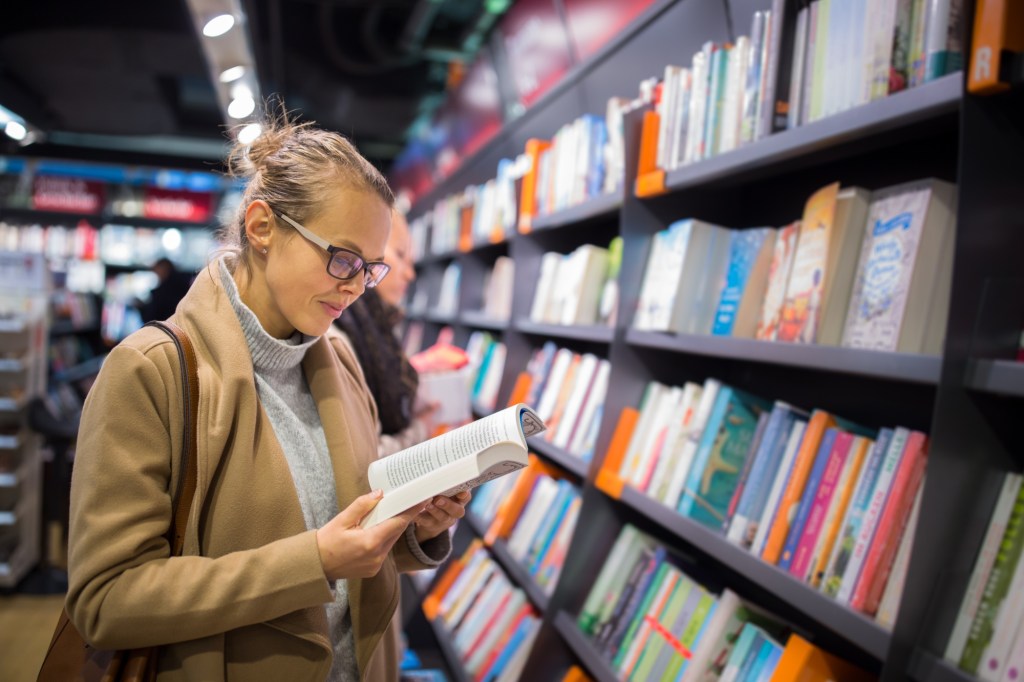 In the pre-internet era, in the era when the caterpillar of a dial-up modem was still just an incredibly irritating dream, books were the place to go when we wanted to explore provocative material.

Like lists. (What did you think I meant?) Lists are provocative for the following reasons: 1) What’s on them; 2) What remains.

Back then, if you needed a gift for someone you didn’t know well or just didn’t want to walk more than five steps in the store, there were books – sometimes small and thin , other times chunky and cluttered – filled with the kind of empty factoids we now google and find on the internet: things like topic lists, “fun” facts, world records, 5s or 9s or 117s data points you need to know about that thing you love. Or anything about golf.

These days, type something completely random into your browser like “best bacon books” and there’s plenty to choose from (including, oddly, twice Colson Whitehead, Pulitzer Prize Winnerfrom the poker non-fiction book, “The Noble Hustle”, because I assume the subtitle mentions beef jerky).

Or if you need a list, there’s so many online there’s even a top 100 list of jokes – and it’s from there flirty clickbait trap known as The New Yorker.

In the primordial pre-Internet, the Guinness Book of World Records, the standard text for vacation rentals and guest bathrooms, was regularly thrown into the back of moving vehicles to entertain children before it there are things like tablet computers or iPhones.

Nowadays, we don’t need that kind of stuff anymore, do we? Or so I thought.

On a recent Saturday, despite some 47,000 books I already have or want or need to read, I stopped in the crowd Books lost in Montrose (down the street from another good bookstore, Once upon a time) to scan the shelves.

That’s when I came across a book that made me snort, I’m embarrassed to admit (and yet I still admit), just a little.

The book, may I add, is not funny or bad or silly. No, it was like seeing an old friend. I remembered how many list books I had looked through and enjoyed with friends and realized that the internet had probably killed off most of those kinds of books, the ones you used to find in stores all the time.

The one I found was called “Books: The Essential Insider’s Guide” edited by poet Mark Strand, which was part of the City Secrets series edited by Robert Kahn. Bound in cloth with heavy blank pages and stitched silk bookmarks, the cover promised: “Award-winning novelists, poets, journalists, comedians, critics and booksellers – among many others – reveal important but little-known works of literature.”

Interestingly, this book of lists published in – believe it or not – 2009, long after the internet supplanted tomes like the very real “The World’s 500 Greatest Golf Holes”, is terrific as far as I’m concerned. leafed through. Writers like Anne Applebaum, Jim Harrison, Oscar Hijuelos, Radhika Jones, Peter Orner, Jane Smiley, Calvin Trillin and more (including what seems like a lot of magazine journalists) offer favorites that more often than not I don’t. never heard of.

There’s even Buck Henry, the screenwriter of “The Graduate” and co-creator of “Get Smart,” who writes about Polish sci-fi novelist Stanislaw Lem — and I probably would have bought him just for that.

It was the kind of book I didn’t think I’d be interested in, or even like, but it was.

Is this a slightly retro book that you must own? No. Is this a book I will read cover to cover? I doubt. Am I glad I bought it for $5? Yeah. (And second-hand bookstores seem to have plenty more, should you decide to pick it up.)

Maybe there will always be something appealing in the lists of things you love, whether online or in physical form. (Although maybe not for things you don’t like, like the very real “The 776 Stupidest Things Ever Said” and its sequel, which I also saw on a used book shelf, but I didn’t feel the need to be ecstatic.)

Do you have any recommendations for me? Please send them to [email protected] and we may include them in the column.

Thanks, as always, for reading.

Los Angeles writer Jeff Bishop is the author of the first comic novel, “A Heavy Dose of Allison Tandy,” about an injured teenager whose medication causes him to have visions of his ex-girlfriend in a coma. Bishop will be in conversation with Suzanne Park at Chevalier’s Books on July 12 at 7 p.m.

Q. Is there a book or books that you always recommend to other readers?

Anything by Samantha Irby. No other writer makes me laugh as much as her. We both went to Evanston Township High School, just north of Chicago. So unfortunately I will never hold the title of “Funniest Wildkit”. (Our mascot was the Wildkits) (Evanston is where Northwestern University is) (It’s the Wildcats) (You got it)

Q. What are you reading now?

Q. How do you decide what to read next?

At this point, I’m at the mercy of the BookTokkers. They recommend; I read as I am told.

Q. Do you have any favorite book covers?

Apart from mine? (Pause for laughter) Erica Waters’ “The River Has Teeth” is pretty cool. “Exit, Pursued by a Bear” by EK Johnston is another that I have always loved.

Q. What genre do you read the most and what would you like to read more?

I love thrillers because I have absolutely no brains to write them. It’s the only genre I can really relax while reading since my brain doesn’t constantly compare it to my own work.

Q. Do you have a favorite book or books?

“How to Talk to a Widower” by Jonathan Tropper

Q. What books do you plan or hope to read next?

I have “The Agathas” by Kathleen Glasgow and Liz Lawson in the queue. Then Casey McQuinston’s new book, “I Kissed Shara Wheeler.”

Q. Is there anyone who has had an impact on your life as a reader – a teacher, parent, librarian or someone else?

Two professors stand out; the first, Ms. Mull, was my third-grade teacher and the first person (other than my family) who encouraged me to pursue a career in writing. The other was my first-grade English teacher, Mrs. Hartley, who urged me to lean into writing with my own voice.

Q. What do you find most appealing in a book: the plot, the language, the cover, a recommendation? Do you have any examples?

If there is a character named Jeff. I don’t know what it is, but I just find something so relatable in there.

Q. What is a memorable literary experience that you are willing to share?

Somewhere in my parents’ house is a copy of Tina Fey’s “Bossypants” filled with notes. I stopped writing as a teenager and didn’t pick up until I was in college. I was an Econ major; we weren’t learning exactly the structure of jokes in class. So “Bossypants” became my de facto textbook.

Q. What is there in the writing of your book that no one knows?

I almost gave up on the project in 2020 when I couldn’t figure out how to fix the plot. Fortunately, my agent and editors believed in me more than I believed in myself. And so today we have “A Heavy Dose of Allison Tandy”. And it’s good as hell.

How LA influenced the latest novel by Gabrielle Zevin, the author of “The Storied Life of AJ Fikry”. READ MORE

‘Friends’ and ‘Cheers’ director James Burrows looks back on his television career in a new book. READ MORE

The bestsellers of the week

The best-selling books at your local independent bookstores. READ MORE

What’s next on ‘Bookish’