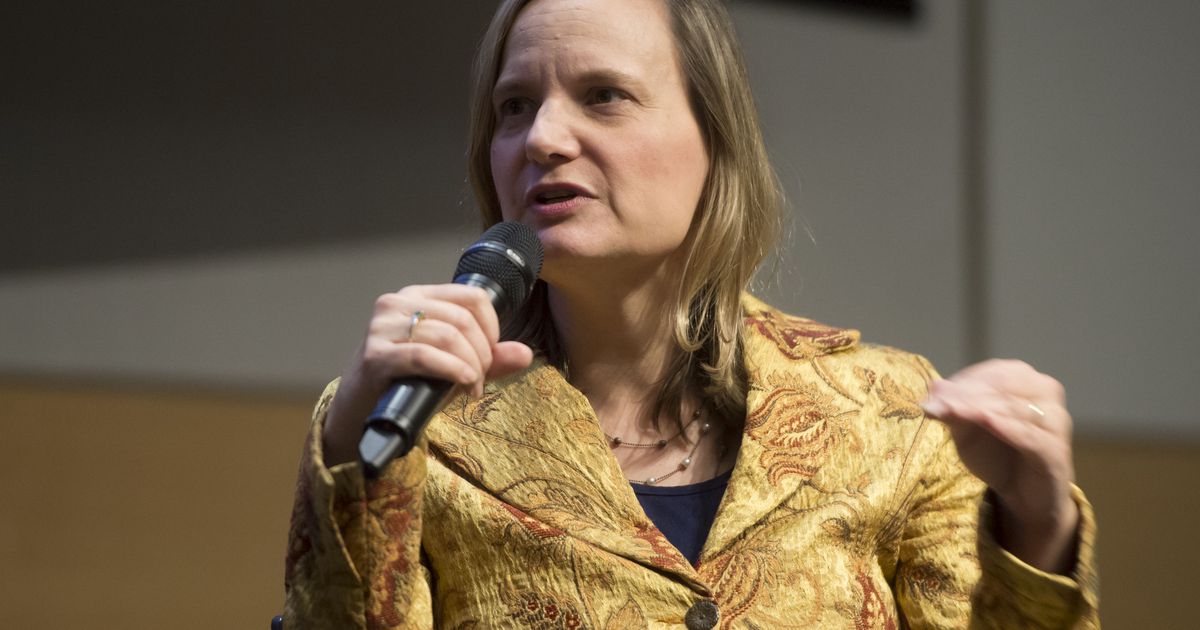 When Louise Paulsen was a child in Denmark, her mother joined The Church of Jesus Christ of Latter-day Saints. A working single mother, Paulsen’s mother didn’t quite fit the mold of womanhood as presented in the US-led church, but she was by no means unusual in Denmark.

“Growing up, I only knew working women, working mothers,” Paulsen, now 31, told Religion News Service. Her mother was “very willful, very powerful” and she loved the Relief Society for women. The problem was less her mother’s conformity to a particular feminine ideal than Denmark’s isolation from the rest of the Church.

“It was difficult for him to access virtually any network, hardware or resource beyond his local service [congregation]Paulsen said. Instead, friends from the United States would send transcripts from the Brigham Young University Women’s Conference or other materials for her mother to enjoy.

Years later, Denmark remains a small outpost of the church, with 4,417 registered members, and much less regular attendance. The landscape has improved in some ways: Church websites, podcasts, and downloadable materials provide better access to inspiration and conversation. In other respects, however, the isolation continues. As in any nation where church membership is a tiny percentage of the population, wards and branches, or small congregations, can be far apart, making alliances and networking difficult.

Paulsen has made it his mission to do something about it. While studying at BYU and the London School of Economics and Political Science, she recognized the power of Latter-day Saint women coming together for solidarity and strength.

For her master’s thesis, she interviewed women church leaders in Europe and heard the same thing over and over: European women lived in a different context than American church members. Their needs were different and they needed to be in conversation with each other.

Paulsen was herself a church leader. Living in London as a young single professional, she was called to serve as the stake (regional) Relief Society president at the age of 28.

“It was a very unlikely cultural choice; let’s put it that way,” she said with a laugh. “The married grandmother usually leads the stake Relief Society. She immediately saw that the needs of women in the stake, representing more than 150 nationalities, were both unique and numerous.

“I remember seeing everywhere a gamut from curiosity to deep pain at the lack of dialogue on some touchy topics and I knew we had to do something,” Paulsen said. “Maybe because of my background, I’m not afraid of conflict. The Danes are quite direct. So, with my Relief Society team, I began to mobilize more women and began to hold women’s conferences where we talked about real and often difficult issues.

Nothing was on the table. “We talked about motherhood and careers, sexuality and race, and whether to come out of the church when there were so few men in the church so far. .”

Now married, Paulsen lives in rural Britain and is no longer the stake Relief Society president. Her efforts to mobilize Latter-day Saint women have only grown, however, because she now organizes conversations with women across the European continent.

By women, for women launched in October 2021. Although officially open to everyone, it is a virtual community where most European Latter-day Saint women share their joys and struggles. They have a book club. They organize dialogue evenings on important topics for European women. They hold town hall meetings where they listen to what others think and determine future topics for discussion or guest speakers.

A recent evening of dialogue focused on careers and motherhood, with women from a wide variety of backgrounds sharing their experiences. Upcoming topics to cover include infertility, intermarriage, and Heavenly Mother.

While the dialogues are only open to registered members, other personal stories are publicly available. In March, for Women’s History Month, a series of personal stories was launched under the hashtag #HearHerStory, boosting the group’s social media presence on Facebook and Instagram.

“It’s a collection of stories from living women, based on interviews with women across Europe, as well as historical stories from many different countries,” Paulsen said. “We’re digging into attics and newspapers to try to tell the stories of these women, the ones who didn’t go to Utah – the ones who stayed and built the church here in Europe.”

Another important part of what the website has to offer is a resource library, with pages and pages of links to materials by, for, and about Latter-day Saint women. With such a wealth of material, Paulsen’s mother’s experience of limited resources should be a thing of the past.

Paulsen noted that By Women, For Women is not in competition with Relief Society or any other church program. On the contrary: Although officially unaffiliated, the leaders of the group work hand in hand with the church, happily sharing their findings with church leaders as they go.

One of the sources of these findings comes from “inclusion dialogues” in which a team of volunteer therapists set up “small confidential spaces around different or marginal experiences of women in the church”. The knowledge gained from these sessions is then transformed into training materials for leaders By Women, For Women and interested leaders in the church, to help them better understand the lived experiences of women.

The next phase of By Women, For Women is more in-person community gatherings. Now that the pandemic is entering a less acute phase in most of Europe, the organization is dreaming of events and conferences.

“We don’t know if we’ll do this pan-European or just regional,” Paulsen said. “There are very big cultural differences between being a woman in England, Spain or Albania.” But whatever they plan, they are sure to fill a need for Latter-day Saint women in Europe.

(The views expressed in this opinion piece do not necessarily reflect those of Religion News Service.)