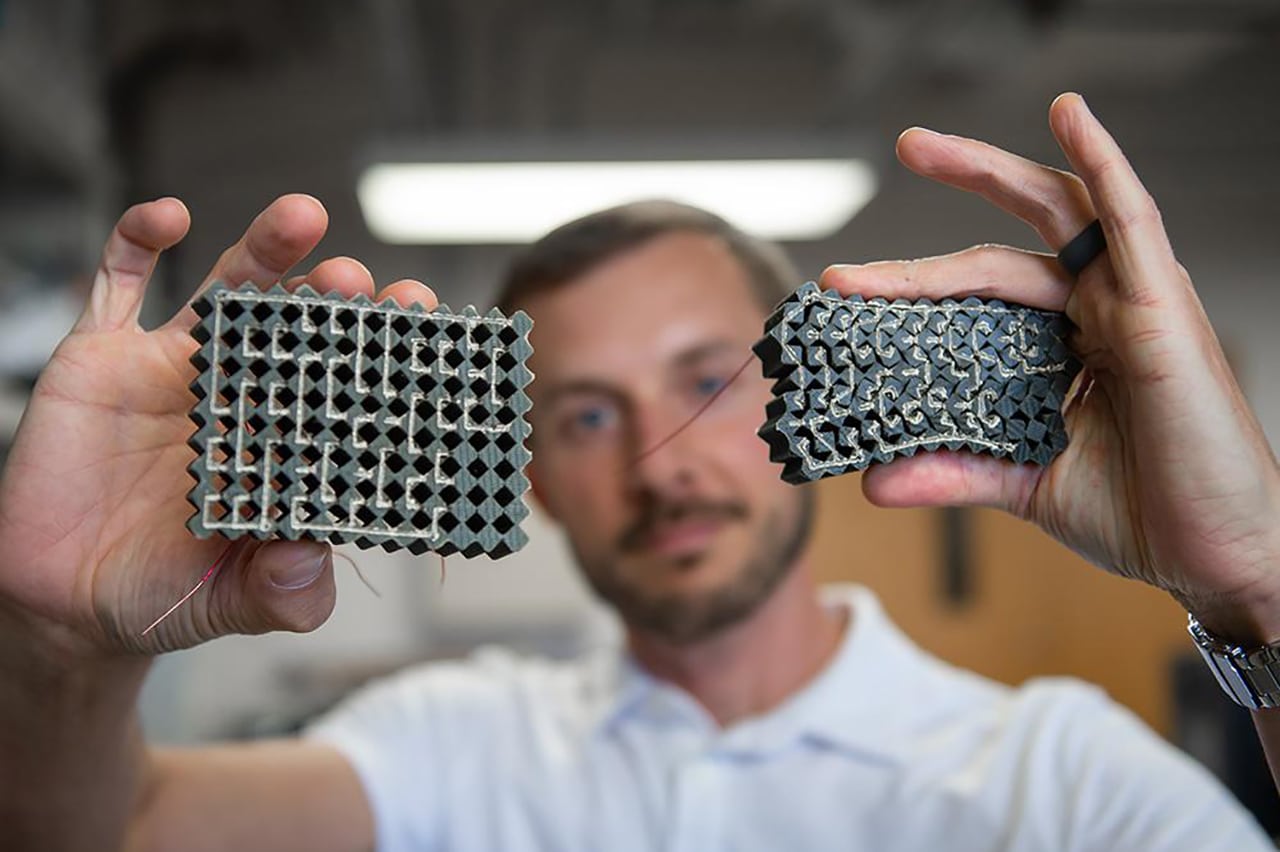 Engineers are developing a new material that can think and feel

Penn State engineers, in collaboration with US Air Force researchers, have created a flexible polymeric material that acts like a brain, simultaneously sensing, thinking, and acting on mechanical stresses without requiring additional circuitry to process those signals.

The new discovery revealed the possibility for almost any material that surrounds us to act as its own integrated circuit: to be able to “think” about what is happening around it. “We have created the first example of an engineering material that can simultaneously sense, think about, and act on mechanical stresses without requiring additional circuitry to process these signals,” said Ryan Harne, associate professor of mechanical engineering at Penn State.

The soft material contains reconfigurable circuitry that can perform combinatorial logic. When the material receives external stimuli, it translates the input into electrical information which is then processed to produce output signals. The material could use mechanical force to calculate complex arithmetic or detect radio frequencies to communicate specific light signals.

The researchers say the mechanical integrated circuit material uses a “reflection” process similar to that of humans and has potential applications in autonomous search and rescue systems, infrastructure repairs and even in bio-hybrid materials. capable of identifying, isolating and neutralizing airborne pathogens.

In order for polymeric materials to process and reflect information in the same way as the brain, they must perform complex internal calculations. When researchers subject their engineered material to mechanical information – an applied force that deforms the material – it digitizes the information into signals that its electrical network can advance and evaluate.

The research team is now evolving the material of the mechanical integrated circuit to process visual information as it does for physical signals.

“We are currently translating this into a way of ‘seeing’ to augment the sense of ‘touching’ that we have currently created,” Harness said. “Our goal is to develop material that demonstrates autonomous navigation through an environment by seeing signs, following them, and moving away from the opposing mechanical force, like something stepping on it.”