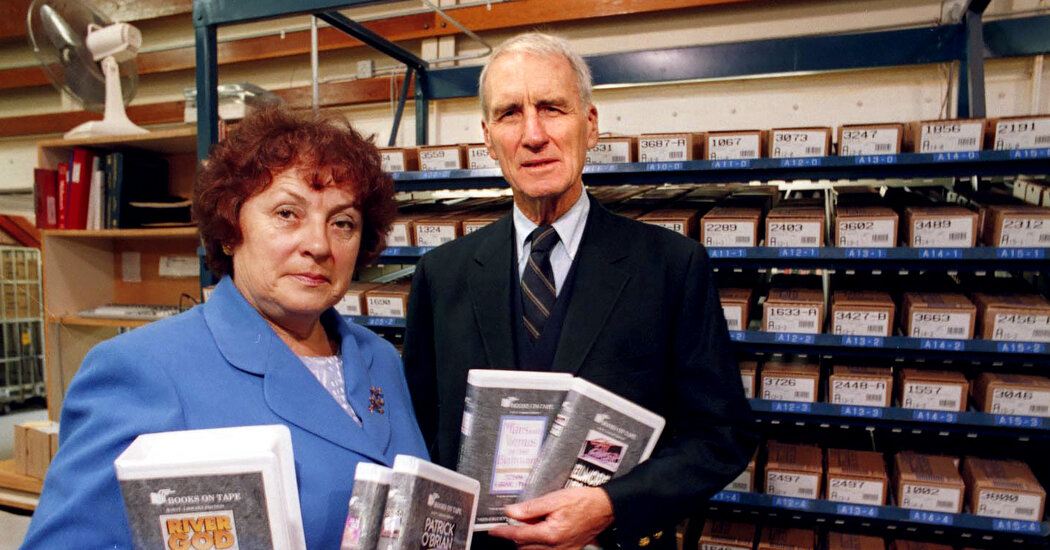 “Books on Tape was the vendor to consider if you were selling to libraries because they created a lot of content,” said Michele Cobb, executive director of the Audio Publishers Association. “Everyone saw Duvall and Sigrid as industry leaders.”

Duvall Young Hecht was born on April 23, 1930 in Los Angeles. Her father, John, was a stockbroker and her mother, Clarabelle (Young) Hecht, was a homemaker. After graduating from Beverly Hills High School, where he was an indifferent student, Duvall attended Menlo College in Atherton, California for a year before transferring to Stanford University.

While studying for his bachelor’s degree in journalism, he was drafted for Stanford’s rowing team; he excelled quickly enough to earn a place to compete for the United States at the 1952 Olympics in Helsinki shortly after graduating. He and teammate James Fifer competed in coxed pairs, in which each rower uses an oar on either side of the boat, which is steered by a coxswain. They did not win a medal.

Mr. Hecht joined the Marines, where he was a fighter pilot, but continued his training in rowing, this time for the 1956 Summer Games in Melbourne, Australia. He and Mr. Fifer won the gold medal in pairs, this time coxless, beating the favorite Soviet team by eight seconds.

He served in the Marines for another year before being hired as a commercial pilot by Pan American World Airways. But he was bored – flying a plane, he said, was like driving a bus – and left after a year. He taught English in Menlo, where he also founded and coached a rowing team; shortly after earning a master’s degree in communications from Stanford in 1960, he began working as an investment adviser at the first of several firms before joining Bateman Eichler.

He continued in the investment world for a while after launching Books on Tape with four titles, including “Paper Lion: Confessions of a Last-String Quarterback”, George Plimpton’s 1966 account of his attempt to play for the Detroit Lions and “Zelda”. The biography of Zelda Fitzgerald by Nancy Mitford in 1970.

Mr. Hecht remained passionate about rowing even as he ran Books on Tape and worked in the investment world. He founded the University of California, Irvine rowing team when the campus opened in 1965 and served as its first coach. he left in the 1970s to coach the University of California Los Angeles rowing team for six years, then returned to Irvine, where he coached the team from 1992 to 2001.