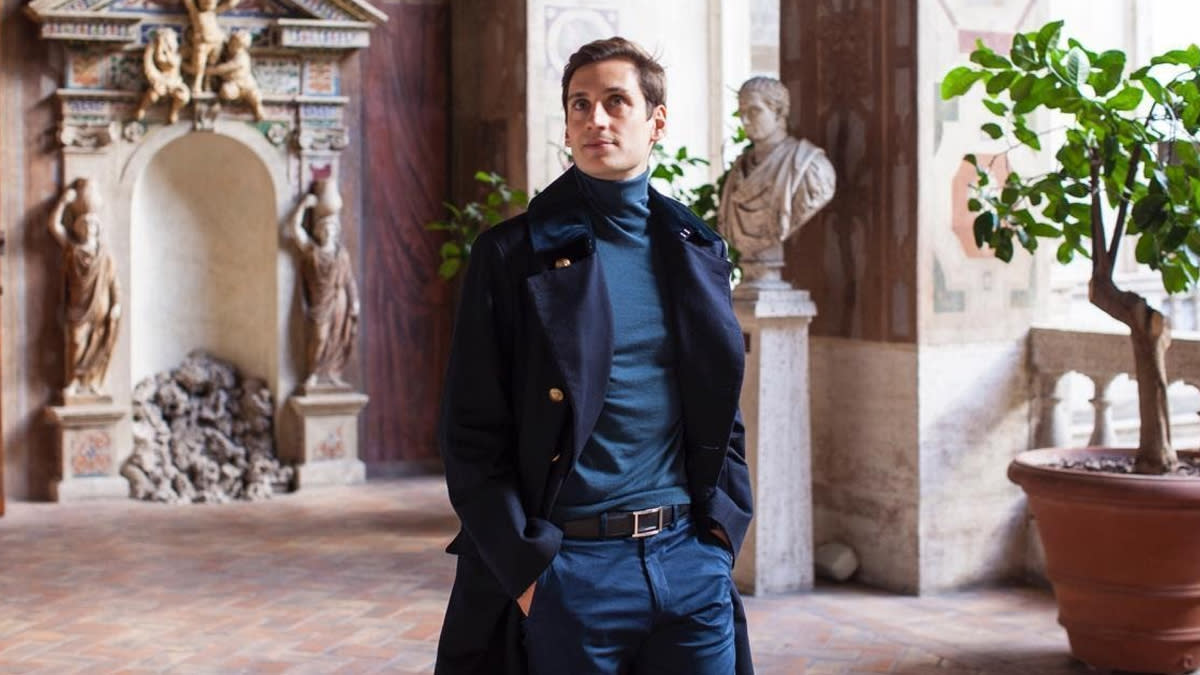 One of Cristiano Leone’s many artistic and curatorial efforts is to encourage dialogue between contemporary creation and historical and artistic heritage. The Italian philologist is a renowned curator, artistic director and playwright and has gained mass recognition for his medievalist works. Through a two-pronged strategy that combines philology with contemporary art, Leone pursues an active and metamorphic approach to embrace the ever-changing cultural flows of the present.

With a doctorate in Roman philology, Leone has held teaching positions at Bocconi University and at Sciences Po Paris. He was also professor of Romance philology and linguistics at the University of Namur.

After obtaining an Executive Master in Management (Solvay Brussels School of Economics and Management), Leone successfully contributed to the merger of Paris-Sorbonne and Pierre and Marie Curie universities to create a world-class multidisciplinary university. It welcomes teacher-researchers who have coordinated many interdisciplinary projects related to digital innovation. For three years, he was responsible for cultural programming and communication at the French Academy of Rome – Villa Medici. During her time there, Leone exercised her managerial and artistic skills and led a team of 15 agents. Leone single-handedly coordinated all cultural aspects of the Academy. From the design and production of exhibitions to didactic activities and publications, Leone has also liaised with other artists and researchers, led the internal and external communication of the Academy and redefined its visual identity. He was also in charge of the artistic direction of the Villa Aperta (Open Villa) festival, in which visual arts and electronic music intermingle, notably inviting the Nobel Prize for Literature, Gao Xingjian, for the 2018 edition.

Subsequently, he embarked on an innovative project for the National Roman Museum to promote dialogue between contemporary creators and historical heritage. This project was called ÅŒ. It took place in the monumental archaeological complex of the Baths of Diocletian and involved around fifty international artists (including Anna Calvi, Seth Troxler, Francesco Tristano, Francis Kurkdjian and Omar Souleyman). The success of this project led to the creation of the second edition of the festival, which this time took place in the fabulous museum of Palazzo Altemps for several months. . Tempo di Design, Danza, Musica, Teatro, Cinema e Fotografia was born. The architecture, statues and objects that inhabit Palazzo Altemps have come to life thanks to the creative actions of the artists, suggesting a relationship of continuity between antiquity and contemporary Rome.

In 2019, he designed the dramaturgy for Euripides’ play Les femmes de Troie, presented at the Greek Theater in Syracuse. In the same year, he also worked for television and became the author of a television program for Rai Tre, broadcast to commemorate the 30th anniversary of the fall of the Berlin Wall.

After gaining a solid experience in the sector, Leone created his own production company in 2019: Cristiano Leone Productions. In 2020, he created a series of audiovisual projects designed to showcase Rome’s historical heritage through dance.

Leone is an expert in the critical and rigorous confrontation of texts. He adopts a disciplined approach that also allows him to interpret more dematerialized forms of creation such as performance art. Since 2021, he has been teaching artistic direction at Sciences Po Paris and performing arts management at Bocconi University in Milan, a privileged opportunity to confront the younger generations and challenge methodological assumptions. Leone strongly believes in the power of art as a means of decoding current socio-political implications and in its ability to function as a time bridge in which a plurality of eras, styles and meanings collide. It diligently promotes a cultural vision focused on encouraging dialogue between contemporary creation and historical and artistic heritage. Through this unique dialogue, he feels that he can revitalize the artistic heritage and explore new paths of creation. Its mission is to nourish reflection on the contemporary through the study of the past and to explore how contemporary art can help us see our cultural heritage with new eyes.

In the near future, he hopes to focus on the design and development of artistic projects with high social impact that will leave a mark on the urban landscape of our cities. To develop new strategies so that art, in its many manifestations, can inhabit the center and the periphery of our cities, it brings together a network of creators, cultural agents and institutional and independently managed spaces to empower an uncensored space in which critical thinking and diversity belong. What better remedy for our existential anxieties than the cathartic experience of art?

NON-FICTION: THE FALL OF ABRAAJ – Journal

A luminous sanctuary with a printed word