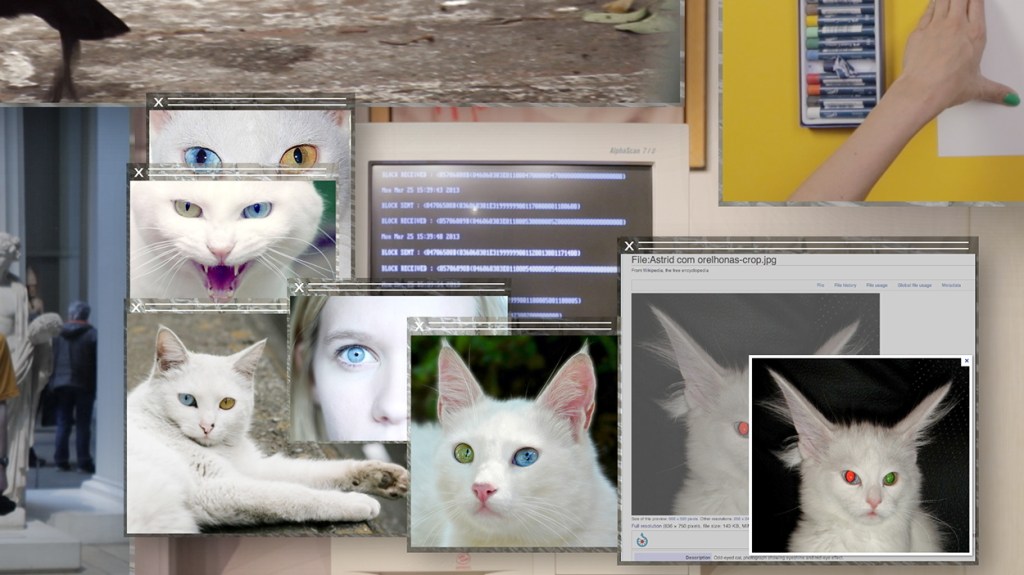 Contemporary art by Janet Kraynak and the digitization of everyday life – ARTnews.com

In Contemporary art and the digitization of everyday life (UC Press, 2020), Janet Kraynak paints a grim picture of a world where the imperatives of surveillance capitalism have overtaken democratic ideals. Thanks to social media, the public sphere has been replaced by emotional outbursts and opportunities for consumption. Museums have followed suit, abandoning their mission of enlightening and challenging the public and instead offering simple content. The only ray of hope is art, which Kraynak says is unique as a vehicle for complex critical thinking. She gives in-depth readings of works by Bouchra Khalili, Camille Henrot, Glenn Ligon and others, demonstrating how they approach the reshaping of technology and the imposition of power. An antagonistic counterculture of contemporary art, says Kraynak, is a bulwark against a dark digital age. But it does not take into account the limits of the criticality of art: its poor record when it comes to fomenting large-scale social change, in part because of its constituency in small places like the University. Columbia, where Kraynak teaches in the art history department, and the Venice Biennale, where she encountered many works she writes about.

Contemporary art and the digitization of everyday life treats contemporary art as a relatively static category. Examining the works produced over the past three decades, Kraynak offers a narrative not of how art evolves, but of how art registers social and technological change. She is interested in some texts on the history and theory of art, but the main body of work she cites is the literature of critical technological studies, the work of thinkers like Tara McPherson, Lisa Nakamura, and Shoshana Zuboff, who describe how technology reinforces and exacerbates forms. racial and economic inequality. When Kraynak draws on Claire Bishop’s critique of participatory art – that its 1960s ties to emancipatory politics were severed as institutions re-use it as prescriptive entertainment – she contextualizes it in terms of how Techno-utopian visions of an open and networked society have been exploited to build large-scale mechanisms for corporate oversight and control. Kraynak is not interested in the use of digital media as a medium or artistic material, and how this has affected the practices of artists. Instead, she deliberately chooses to view works in a variety of mediums, arguing that by avoiding categories she advances the understanding of digitization as “an historically evolving social form.”

For these reasons, Kraynak’s book is less interesting as a study of contemporary art than as an examination of the art world and the evolution of its institutions in step with the digitization of life. daily. The most compelling chapter is the third, “Therapeutic participation and the museological user”, which describes a shift in museum priorities from exhibiting art to providing services. This transition, she argues, began in the late 1990s, driven by the growth goals of development departments and encouraged by curators and artists whose experiments with relational aesthetics accelerated the transformation from viewer to user. . (Perhaps this is why conventional models of art history are not useful for Kraynak: in the 21st century, the avant-garde is the bad guy.) The weather project (2003), Yayoi Kusama’s Infinity Mirrored Rooms and other immersive installations that have become the most popular museum attractions over the past two decades create environments where art is not an object of contemplation but an object of contemplation. backdrop for self-actualization, where the collectivity of the museum audience breaks down into the individualities of “museum users” who take selfies. By becoming more “democratic and accessible,” Kraynak writes, the museum becomes indistinguishable from other venues in the experiential economy, rather than “an active productive public sphere.” It exposes the insidious nature of pleasure with such rigor that readers will think back to times when they had fun in a museum with guilt and regret.

Despite all of Kraynak’s rigor, she leaves aside any consideration of the weaknesses that made the museum vulnerable to these profound changes. If the museum was effective as a public sphere, so why has it succumbed to the encroachment of digitization? Kraynak does not subject the museum to the same skepticism that it applies to digitization, even though it is an epistemological technology in its own right, as Donald Preziosi and others have argued. Instead, she blames social media and the crowd mentality it promotes. In the introduction, Kraynak despairs that museums bow down to cancel culture. His exemplary example is the controversy surrounding the Guggenheim Museum’s exhibition “Art and China after 1989: Theater of the World”. The museum withdrew the work of Huang Yong Ping from which the exhibition took its title – a terrarium sculpture where lizards and amphibians fight to the death and eat each other’s remains – following a online campaign by animal rights activists to protest the cruelty of the work. Kraynak also mentions calls to withdraw Dana Schutz’s Open casket of the 2017 Whitney Biennial and the Walker Art Center’s decision to dismantle the monumental sculpture by Sam Durant Scaffold (2012), who recreated the Minnesota gallows where 38 Dakota men were hanged in 1862. But these stories are relegated to endnotes, where Kraynak tells them in a dry and factual way – a dexterity that saves him the difficulty of taking a stand against the protests of black artists and Dakota nations that could be interpreted as racist or reactionary.

Kraynak insists in her introduction that she has no romantic nostalgia for an analog past. But the main flaw in his book is not nostalgia but gullibility – an unconditional faith in the traditional museum as a bastion of democratic values, despite its occasional and rigorous acknowledgments of the museum’s roots in colonialist extraction and l oligarchic accumulation. This faith goes hand in hand with his dedication to hermeneutics. Kraynak’s thoroughness gives his arguments unwavering seriousness, but it also seems to blind him to how elitism is undemocratic in its own way, or how dense academic prose like his could hamper the exchange of knowledge. . “I don’t tweet,” she wrote in the first words of her introduction. “I don’t share and I don’t like. I am not a friend and I am not a fan. Maybe this prevents him from understanding the double consciousness of those who do. If skepticism is the strongest remedy that art can offer us, why not devote some of this demanding attention to learning how it inhabits the arenas of digitalization, or how it generates new forms of collectivity and criticality, in addition to insisting on the relevance of the old ones?