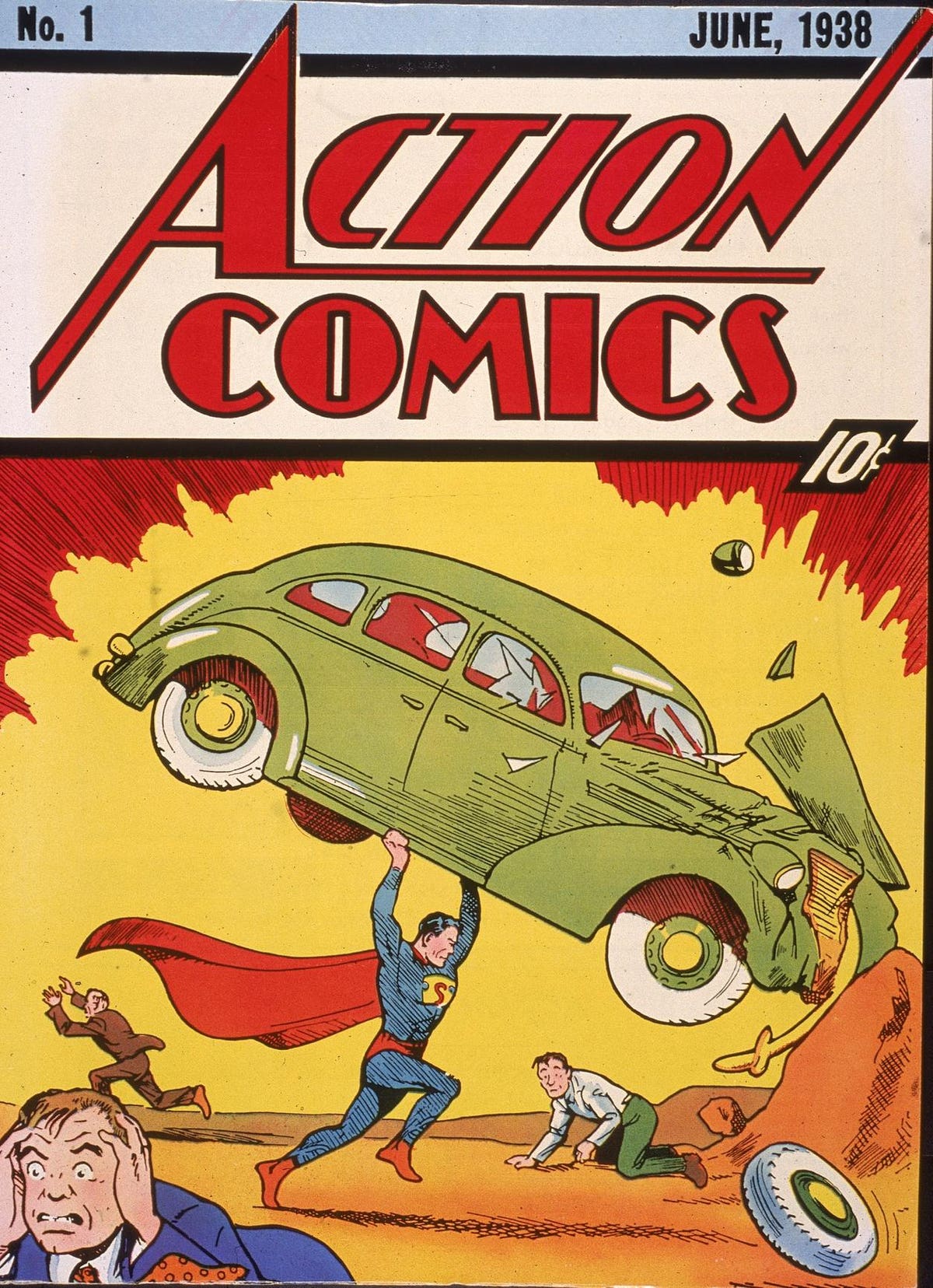 Eighty-four years after his first appearance in Action Comics #1, Superman remains a sufficiently enduring force in pop culture that his 1938 comic book debut just fetched over $3 million at auction. A private buyer paid $3.18 million, to be exact, for the so-called “Rocket copy” of the comic book issue in which creators Jerry Siegel and Joe Shuster first introduced the man steel to readers.

Eight decades removed from that singular moment in popular culture — when American audiences were introduced to Krypton’s Last Son, sparking an explosion in superhero-centric entertainment — it’s not just the 7-figure price tag that the comic was able to order at auction today it’s so extraordinary. Other forces at work to ground this staggering here-and-now figure include the fact that the coronavirus pandemic has triggered a kind of gold rush in the wholesale purchase of comic books and original artwork.

News related to Superman, the brand, also continues to make headlines on a fairly regular basis. And even unleash a storm of controversy from time to time.

The auction price is an example of the first. On the back of a year where vintage and original comics cartoon art have been able to achieve higher and higher prices, this latest sale – of what is considered one of the most important pieces of comic book history – shows that this trend doesn’t seem to be slowing down.

The Action Comics #1 sale was handled by Heritage Auctions, and collectibles market Goldin purchased the comic on behalf of a private buyer. “It was fun to bid and win a $3 million+ item,” Goldin founder Ken Goldin said. tweeted after the sale. “I know it goes in a big house!”

It’s also worth noting why this issue is called ‘rocket copying’ – it has to do with the stamp of a rocket that a young boy affixed to the comic when he bought it in a newsstand when it was released.

As for the occasional controversy we alluded to above? It’s a function of Superman stories today plowing very different thematic ground than they did in the heyday of Action Comics. When the character’s original vision featured an alien strongman whose costume was bathed in American reds and blues, and whose motto became one of the most famous catchphrases in comic book history: Truth, justice, and the American Way.

DC Comics, meanwhile, is taking the narrative around Superman today in a much different direction. The entertainment media giant took the remarkable step in the fall, for example, of announcing that the superhero – whose original alter ego was more or less a Kansas country farm boy – will no longer fight for “The American Way”. But, rather, the more innocuous “a better future”.

This change, of course, only applies to the Clark Kent version of Superman. The same version, in a 2011 Superman comic, who also renounced his US citizenship. “I’m tired of my actions being interpreted as instruments of American politics,” he said in that Action Comics issue from a decade ago. “Truth, justice and the American Way — it’s not enough anymore. The world is too small. Too connected.

The character who currently wears the Superman mantle in modern comics, meanwhile, is actually Clark Kent’s son – Jon Kent, whose storyline also recently made headlines, for another reason. He came out as bisexual in a recent issue of the comic. “The Superman symbol has always stood for hope, truth, and justice,” a DC press release read in conjunction with this issue. “Today, this symbol represents something more. Today, more people can see themselves in the most powerful superhero in comics.”