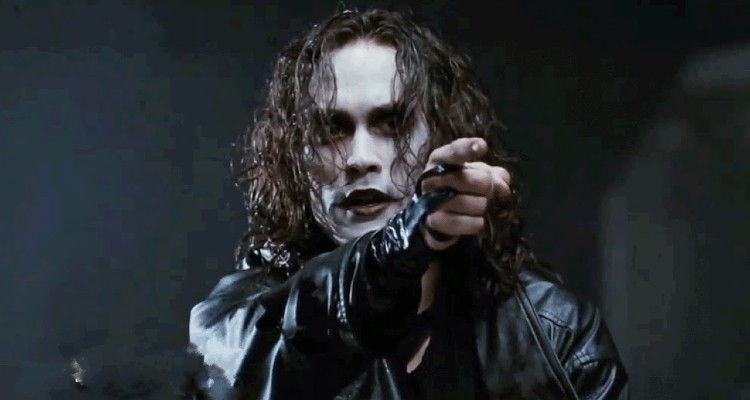 Alex Proyas’ 1994 adaptation of James O’Barr’s graphic novel of the same name, The Crow has a distinctly excellent color scheme that’s often imitated but never quite replicated – a soggy city and expertly crafted Gothic miniatures have come together. come together to create the kind of hell no one would want to live in.

It’s a feat of pure cinema, but what’s often overlooked is the reality that the film’s iconic atmosphere is the result of Proyas and O’Barr’s attempt to find a visual workaround after their initial requests to shoot the film in black and white were turned down. .

They originally wanted the movie to be more like the mostly colorless chiaroscuro comic book to better reflect the wasteland and sense of loss that Eric Draven was getting his revenge on, even outside of the flashbacks, but those pesky – and now disgraced – Miramax producers know the Weinsteins said no.

Anyway, according to an interview with The Crow production designer Alex McDowell for the behind-the-scenes featurette on the film’s DVD (via Movie Slash), Proyas was determined to find a way around them.

“From the first meeting I had with Alex, we discussed removing greens and blues and having full palette control,” he said at the time. “So rain and steam help a lot because they bleach out any color, but that was definitely a very important part.”

McDowell continued. “We censored on all levels, all cool colors, all blues, greens or something like that. We really tried to create a monochromatic palette with red, and so in terms of color, red is a bit the color of revenge.

O’Barr was apparently pleased with Proya’s style, as he claimed during production: “When I drew the book, I drew it in storyboards and always wanted it to be in black and white with the flashback sequences in technicolor and Alex does pretty much exactly that.”

“He uses filters and special optical effects to take out pretty much all the colors to keep that, make it a really dark movie, and then the flashbacks will be in this bright technicolor, vibrant reds and yellows,” the creator added. by The Crow. .

While the monochromatic palette is a lost cause and darker colors work, one important figure would have relished the chance to film in black and white: star Brandon Lee.

Sadly, the late actor had no influence and blamed the realities of Hollywood for creating a lost opportunity. “I would have deeply loved to shoot the whole movie in black and white, personally I love black and white, I think it’s wonderful,” Lee said.

“It would have been great to do that and show, maybe, just the flashbacks – which are part of Eric’s real life, his life when he was alive – show those in color, as a contrast,” he said. -he declares. “But, unfortunately, due to the realities – the very shitty realities – of the film world, we haven’t had the opportunity to do that.”

Marked by Lee’s tragic death, The Crow was completed after his passing with the encouragement of his family and has stood the test of time, thanks in large part to the heaviness of Lee’s haunting performance.

In fact, it’s because his performance is beloved and immortal that a number of fans and those who worked on the film — especially Proyas — want Hollywood to leave the property alone.

However, their wishes aren’t stopping a reboot that’s been going on for a few years now from moving forward.

In the latest project update, IT actor Bill Skarsgard replaced Jason Momoa as Draven, and filming is set to begin this summer in Prague under the direction of Rupert Sanders (Snow White and the Huntsman).

Besides, The Hollywood Reporter says production cast British performer FKA Twigs as Draven’s fiancée, Shelly Webster, and cast the character as a “co-lead”, saying this indicates she’s doing more in the film than just die.

Could there be two resurrected Avengers of the Night in a departure from O’Barr’s graphic novel and Proyas movie?

Stranger things have happened, but before too much is overdone on this report, keep in mind that no one can guarantee their latest attempt to reboot The Crow won’t fall apart like the others.

Would you have liked to see The Crow shot in black and white? Let us know your thoughts on social media or in the comments below!

‘Breaking Ranks’ is a new book attacking ‘US News’