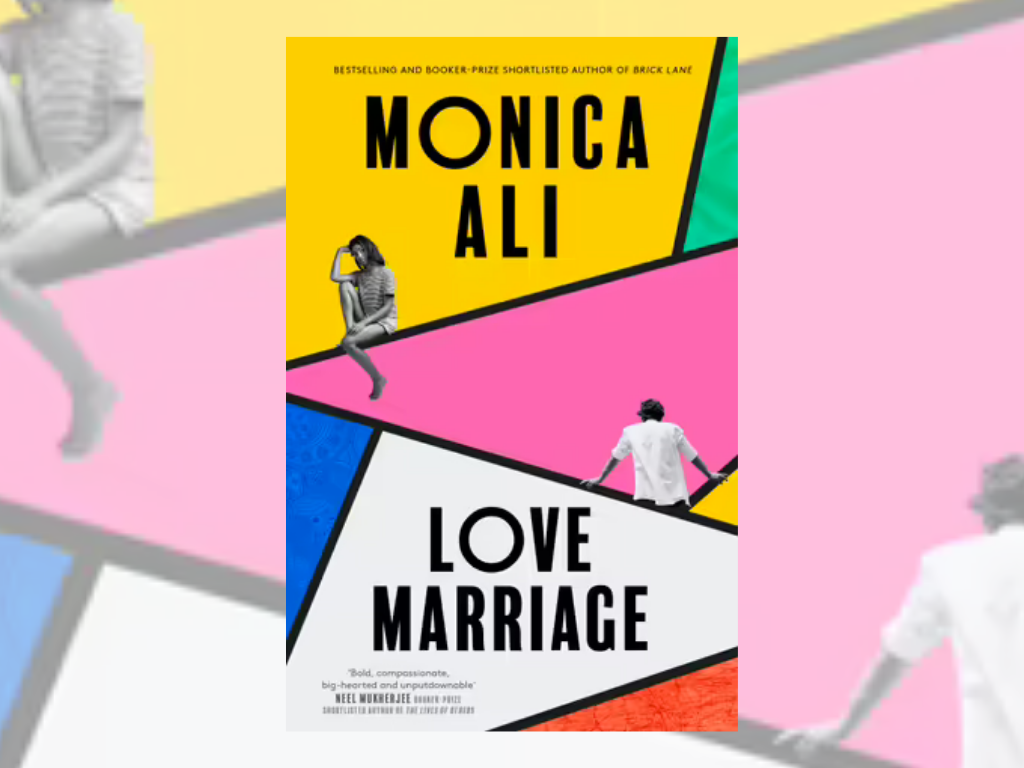 Love marriage is the fourth novel by the author shortlisted for the Booker Prize, Monica Ali; and her first novel in a decade. This is the story of Yasmin, an English doctor whose family is of Indian Muslim origin, and her engagement to obstetrician Joe.

Race, class, religion, and gender all play major roles in the unfolding of this clever and often funny novel. But it is sex, desire and the repression of carnal impulses that take center stage from the first page. The novel opens with the phrase “In the Ghorami household, sex was never mentioned”, but by the end of the novel, Yasmin and her family will know much more about each other’s sex life than they knew. would never have wanted it.

Love marriage consists of a number of short chapters, and although the book is around four hundred pages long, it reads quickly. It is populated by dynamic and unique characters, such as Yasmin’s future mother-in-law, Harriet Sangster, a prominent HIV-positive author and intellectual.

Harriet is a powerful force in the novel, and it is the meeting between her and Yasmin’s conservative parents that provides the story’s inciting incident. Harriet’s lack of self-awareness is most evident in her relationship with Anisah; beginning with his enthusiasm for the “authenticity” of Yasmin’s mother and her insistence on having a traditional Muslim wedding for the young couple in her backyard, despite Yasmin only wanting a small ceremony. Yet despite her flaws, it is also Harriet who sees Anisah most clearly, outside of her roles as wife and mother, and teaches Yasmin to do the same. It is these three women and their experiences that form the core of the book.

The novel largely sticks to a limited third-person style related to Yasmin, Harriet, and (somewhat oddly) Joe’s therapist, Sandor. Unbeknownst to Yasmin, her seemingly perfect fiancé is being treated for a sex addiction caused by his unconventional relationship with his mother growing up, which the therapist describes as “incestuous.”

While there is nothing technically wrong with the inclusion of these other viewpoints, I hesitate to say that they were strictly necessary, as most of the information they contain is revealed to Yasmin from other ways at some point in the book anyway. Joe’s infidelity, for example, might have been more shocking if we had learned about it at the same time as Yasmin; Harriet’s point of view was largely just to explore her character. These sections, while fun and well-written, only served to lengthen the book.

There’s a lot to love about the novel, though. From the chemistry of hate to the love of Yasmin with the arrogant doctor on his ward to his amazing friend Rania, struggling with the constraints of being Muslim in Britain in 2019 (because yes, this book is set before the pandemic ), to his immature younger brother marching to fatherhood, to Russian émigré Zlata, living his last days in hospital and mourning his lost first love. Difficult to summarize the book, which must be experienced as a whole to be appreciated.

Love marriage is a book that will make you think about big issues and the relationship between parents and adult children in a new way. It’s often funny to laugh out loud and populated with a host of lovable supporting characters. Although it’s a big book, it’s a quick read and worth the time expenditure. Read it if you like Zadie Smith, Bernardine Evaristo or Marian Keyes. It is also a perfect choice for book clubs.

FOUR STARS (OUT OF FIVE)

At Monica Ali’s Love marriage is available now at Hatchet Australia. Get a copy of Booktopia HERE.

More to explore on the AU: