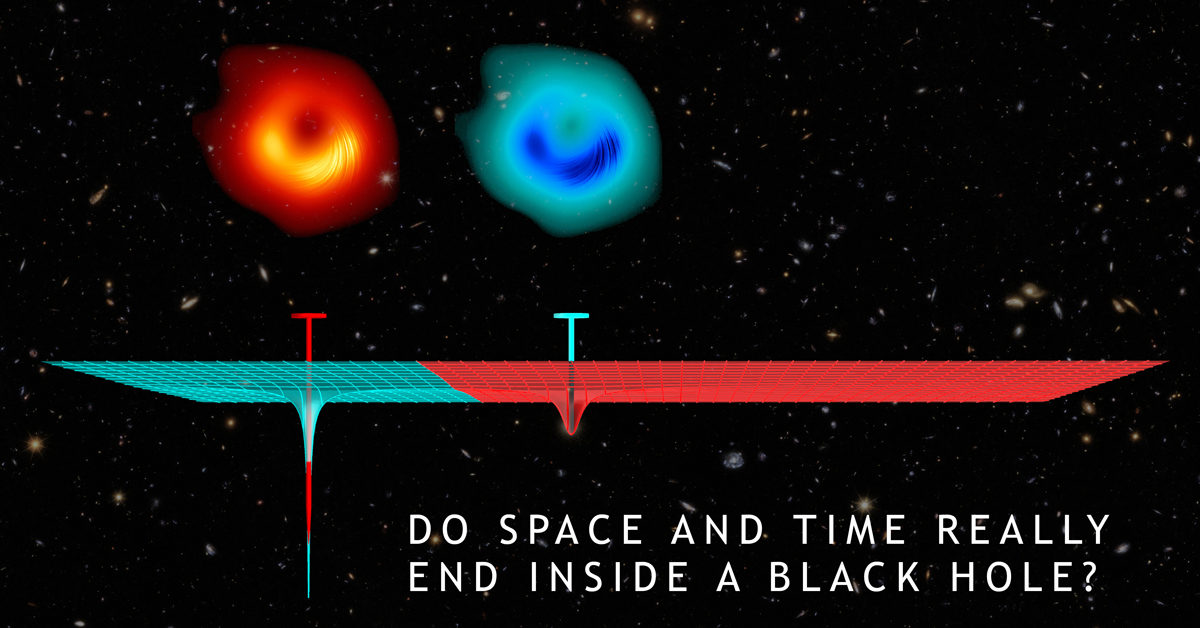 “The good thing about black holes is that they were the subject of science fiction novels,” he said. “These mysterious objects in space. Once you have fallen into it, you cannot get out of it. Yadda yadda. We’ve all heard the stories.

The black hole specialist’s career as a physicist grew as black holes moved from the “theoretical” column to the “observed” column in the register of natural phenomena. In 2015, while Boos was a graduate student at the Perimeter Institute in Canada, the LIGO collaboration announced the detection of gravitational waves from the collision of two black holes. The Event Horizon Telescope Array documented its first black hole in 2019, while a graduate student at the University of Alberta.

“But now there is a huge problem, isn’t there?” Albert Einstein’s theory of gravity predicts the existence of black holes, and now they have been observed, ”said Boos. “It’s fantastic, but it also means you have to take them more seriously. “

Boos and other theoretical astrophysicists take black holes seriously, very seriously. They are working on potential explanations of the physics inside a black hole. The edge of a black hole is known as the event horizon, and inside the black hole, Boos explained, is something called a singularity. But it’s a bit problematic to refer to a singularity as a “thing”.

“It’s a place in space and time where something bad is happening,” Boos explained. “This is where space and time cease to exist. This is how I like to think. “

He explains that physicists consider space and time as one concept: space-time. “Those four digits, latitude, longitude and altitude, then the time on the clock – the combination of those digits makes up space-time,” Boos said.

Space-time is at the heart of causality itself, Boos writes in his summary, enabling us to “distinguish past from future, and cause from effect.”

In short, the rules of space-time. Except when and where it doesn’t work, like the singularity inside a black hole. Mathematically, Einstein’s theory describes gravity as the curvature of space-time. For example, massive bodies orbiting a star are not actually attracted by a gravitational force: they roll in a curved and tilted gravitational field.

“And what happens at the singularity is that the slope becomes infinitely steep. Not big, but really infinite, ”said Boos. “And we physicists think it’s not physical at all. How can something really be infinite?

He explained that “infinity” is a common bugaboo for physicists. Infinity has never been observed and may not even exist in the physical world. Boos said that the mathematics in many theories of physics leads to infinity and that theorists are working hard to refine the theories in order to remove this problem.

“People think that these infinities inside black holes, these singularities, are just an artifact of Einstein’s theory,” Boos said. “Einstein’s theory might be incomplete. It is a classic theory; he does not know the quantum.

Boos said that he and many other theorists believed that a fully realized theory of quantum gravity would solve the problem of infinity.

“The problem is not so much to find a theory of quantum gravity, there are several promising candidate theories that people have come up with,” he said. “But you have to think of a way to test them experimentally.”

Boos’ thesis suggests a potential way around the singularity-infinity paradox. Instead of inventing an entirely new theory, he focuses on a concept called “non-locality”.

“The laws of physics that we know of, almost all of them are local laws of physics,” he explained. “This means that if you want to predict what is happening at any given time and in space, all you need to know is what is happening now or at some point in the past. If you see waves in a pond, for example, you know someone has thrown a stone. That sort of thing. But when you have the non-locality, it can all be very different.

He went on to explain that the concept of non-locality had been part of physical theory for some time. “People were talking about non-locality in the 1930s,” he noted. At a basic level, Boos said that non-locality means conceptualizing a state in which you can no longer distinguish two neighboring points.

Boos approaches non-locality through what he calls “mathematical sandpaper,” drawing on mathematical concepts such as Green’s functions and incorporating elements of string theory and non-geometry. commutative.

“Non-locality takes away all the sharp angles, doesn’t it?” ” he said. “It makes everything smoother. And that’s the idea. If you take the idea of ​​a singularity like an infinitely sharp needle piercing a hole in spacetime, you could take your mathematical sandpaper and make it duller. It would still be sharp – but not infinitely sharp. But that’s all we want. We don’t want infinity, and space-time will be safe.

At William & Mary, he also applies the concept of non-locality to particle physics, in collaboration with another theoretical physicist, Professor Chris Carone.

“What I love about non-locality is that it challenges the way we think about space and time, in many different areas of physics – not just gravity. It really keeps you going. on your guard! ”said Boos.