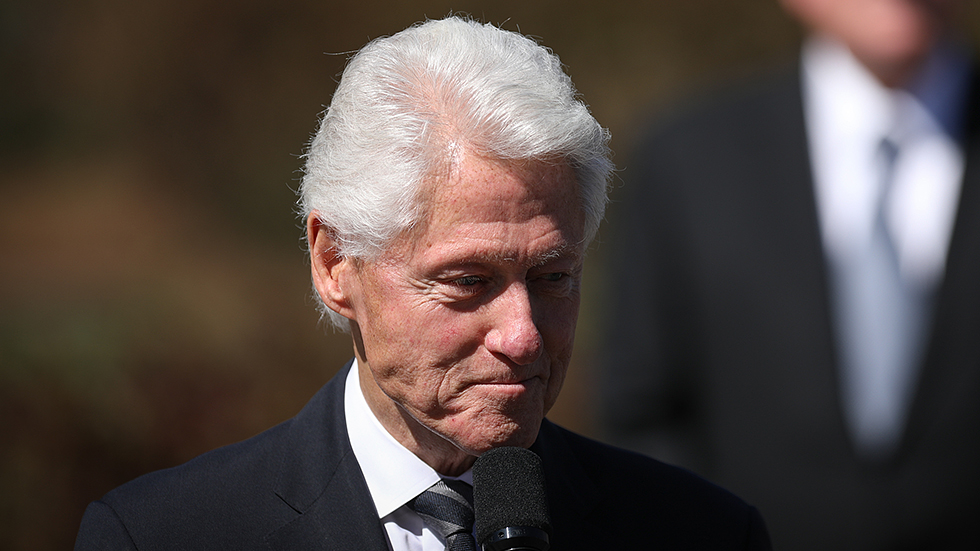 Bill Clinton says Donald Trump is one of his favorite “fictional” presidents, pairing the real-life former commander-in-chief with some of the most famous movie and TV characters who have occupied the Oval Office.

The former president hit out at Trump during a lighthearted segment titled “Ask a President” on CBS’s “The Late Late Show” on Wednesday night.

“Oh man, there have been so many good ones,” Clinton said when asked to name her favorite fake POTUS.

Clinton checked off a list of actors, including Tony Goldwyn, who played President Fitzgerald Grant in “Scandal,” and Martin Sheen, who took on the role of President Josiah Bartlet in “The West Wing.”

“And Morgan Freeman. And Donald Trump,” the deadpan 42nd president said to laughter from host James Corden and the audience.

Bill Clinton Offers Advice For Talking To Gun Rights Activists: ‘Don’t Speak To Them In A Demeaning Way’ Bill Clinton: ‘A Good Chance’ The US Could ‘Completely Lose’ Its Democratic System

Clinton has been a fierce critic of Trump, who beat his wife, former Secretary of State Hillary Clinton, in the race for the White House in 2016.

In remarks to the 2020 Democratic National Convention, Bill Clinton said Trump defined his job as president as “spending hours a day watching television and zapping people on social media.”

“Denying, distracting, and demeaning works great if you’re trying to entertain and inflame. But in a real crisis, it collapses like a house of cards,” Clinton said at the time.