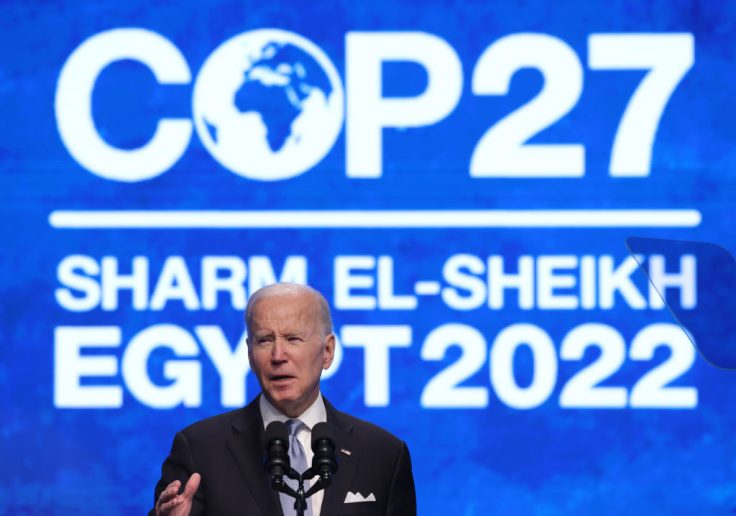 On Friday, President Joe Biden followed former President Barack Obama’s lead and apologized to other countries for the actions of the United States.

“I apologize that we pulled out of the deal,” Biden told international leaders, referring to the 2016 Paris climate accord. The president apologized at a conference on the global warming in Egypt as the United States celebrated Veterans Day.

The United States joined the agreement, intended to reduce greenhouse gas emissions, under the Obama administration. In 2020, however, the Trump administration pulled out of the deal, along with then-Secretary of State Mike Pompeo. saying the deal creates an “unfair economic burden on American workers, businesses, and taxpayers.” Critics of the deal said it did not affect China, the world’s biggest emitter of greenhouse gases, as much as the United States.

Biden’s apology recalls Obama’s much-criticized “apology tour” in 2009, during which he struck down his own country for being “arrogant” and “disdainful, even mocking” towards other nations.

Biden made several blunders even before arriving at the conference, the New York Post reported:

When a reporter asked him if he hoped the Russian-Ukrainian war would end soon, the president confused “Russia” with “Ukraine”, “Colombia” with “Cambodia”, and falsely said he was visiting “Cairo” in Egypt rather than Sharm el-Sheikh, about 300 miles away.

‘If Masterpiece Means Anything, It Means Cat’s Cradle’: Kurt Vonnegut’s Novels Everyone Should Read | Books