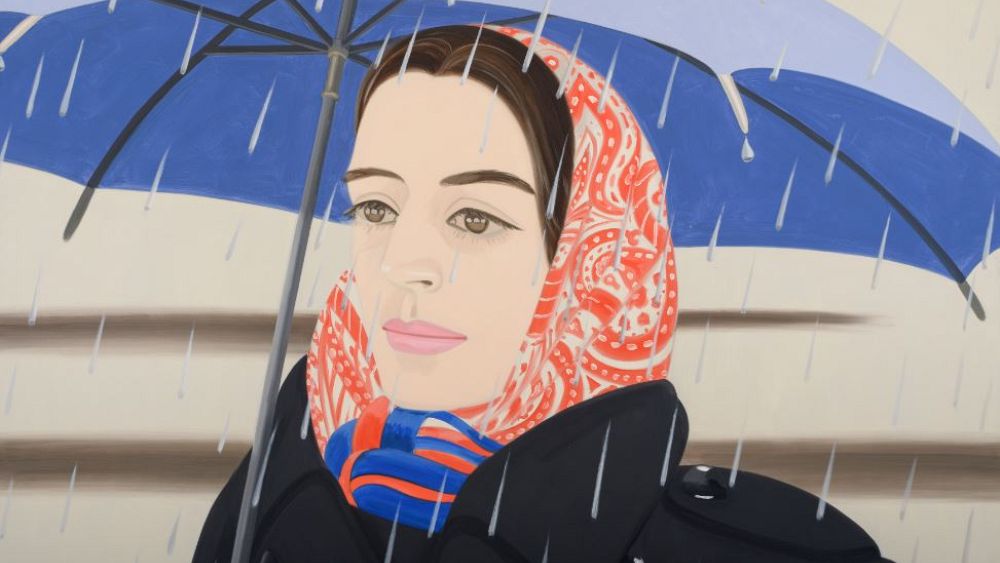 Shaken by the arrival of abstract art in the 20th century and threatened with being made irrelevant by much of contemporary art, figurative artists have long been used to having to fight.

In recent years, however, the growing importance of new figurative works – or at least pieces with strong figurative elements – has been a notable feature of exhibitions in top galleries and institutions. The effect was such that many players in the industry spoke of a “resurgence” of figurative art.

In truth, it is a genre that has never disappeared and certainly has not given in to the recurring threat that â€œpainting is deadâ€. Even at a time when non-figurative art dominated the spotlight, new trends in figurative art such as pop art and photorealism, and prominent individual artists – from Lucien Freud and David Hockney to MichaÃ«l Borremans and Wilhelm Sasnal – ensured continued relevance. That being said, it’s clear that figurative work is currently basking in the sunny highlands of the art world.

High-level figurative exhibitions that recently opened and will continue in 2022 include a double major David Hockney exhibition at the Palais des Beaux-Arts Bozar in Brussels (until January 23); works exhibitions Jenny Saville at the Museo Novecento in Florence and other places around the Renaissance city (until February 20); and the Tate Modern’s large-scale exhibition of recent work by Lubaina Himid, alongside career highlights (until July 3).

In June 2022, one of Spain’s leading art museums, the Museo Nacional Thyssen-Bornemisza in Madrid, will host the country’s first-ever retrospective for veteran figurative maestro Alex Katz (born 1927). Considered a forerunner of Pop Art, Katz first emerged with his daring figurative style in the heyday of Abstract Expressionism and is well aware of how the reception of the new figurative art has increased and decreased over the past half century or so. more.

In an interview with British magazine Apollo in 2014, Katz noted that for much of his career people in Europe rejected him as a bad pop artist or a bad photorealist. â€œMy job:â€ he told interviewer Matthew Sperling, â€œfell right between the cracks of these twoâ€.

Having seen this perception start to change from the late 1990s, Katz has now grown accustomed to seeing her work regularly exhibited in galleries across the continent. The Thyssen-Bornemisza exhibition, however, will undoubtedly mark a highlight, with the artist firmly lifted out of the cracks to be celebrated at the top of the European art world. It will also likely be a relief when it finally opens, with the original summer 2020 opening being postponed due to COVID-19.

Summarizing Katz’s place in the history of art, Leticia de Cos, technical curator of the exhibition, notes that â€œKatz is a figurative artist and it is a continuation throughout the history of art that doesn’t seem to end anytime soon. There will always be artists who follow this path. His subjects are the traditional ones: landscapes, individual and group portraits, flowers. Katz’s approach to these topics fits very well with the language of today’s visual culture: advertisements, bright colors, solid color areas. “

Among the younger generation of figurative artists working today, one artist who has been particularly influential is Peter Doig (born 1959). The painter of Scottish origin spent long periods of his life in Trinidad, but had a great impact on European art, notably through his post as professor at the famous Academy of Fine Arts in DÃ¼sseldorf.

Among those who have benefited is the German artist Florian Krewer (born 1986) who studied in DÃ¼sseldorf under Doig. Part of a wave of emerging artists who contributed to the idea of â€‹â€‹a ‘resurgence’ in figurative art, Krewer achieved considerable early success, including hosting solo exhibitions in 2021 with the Michael Werner Gallery. in New York and London.

Discussing the idea of â€‹â€‹a resurgence and Krewer’s place in contemporary painting, Gordon VeneKlasen, partner at Michael Werner, says: â€œFirst of all, I have to take into account the more than 50 years of history of the Michael Werner Gallery with figurative painting, a story that recognizes many changes in tastes and trends in art, and the so-called “death of painting” over and over again. The artists that the gallery has defended throughout its history, AR Penck, Baselitz, Polke, Immendorff, LÃ¼pertz, Doig or even Kirkeby have all dealt with figuration throughout their long careers. In this context, I see Florian as a contemporary figure with a long history. That the paintings are figurative is less important to me than the way the paintings are done. What is powerful for me about his work is that in the history of painting the paintings are incredibly contemporary and current. There is a sense of urgency in the paintings and a need to exist which I find exciting and admirable.

VeneKlasen adds that learning directly from Doig has been a key point in Krewer’s development. â€œThe look of the paintings, the way they are done, is very much Florian’s,â€ explains VeneKlasen, â€œbut Peter’s advice was, and remains, crucial to Florian. Having worked with and gotten to know other painters in Peter’s class including Raphaela Simon, Tim Breuer, Stanislava Kovalcikova, and Christoph Matthes, they all have a work ethic, innate confidence, and willingness to paint that couldn’t come. Besides. I’m sure it’s satisfying for Peter to see so many artists he taught so present in the world of contemporary painting.

Rather than trying to make predictions about how Krewer’s practice will now develop, or try to categorize it into particular trends, VeneKlasen ends by saying, â€œThat’s the beauty of making art. , we won’t know until the artist does. I think we can expect a lot from him and I know he will live up to it.

The free and strongly expressive nature of Krewer’s work and its bold use of color, as well as the way it combines figurative and abstract elements, are characteristics often seen in the types of figurative work that currently hold the attention of the artist. Warning.

While the new generation of artists rightfully brings their own approach and produces captivating work, their contribution, as VeneKlasen and Leticia de Cos suggest, is the final chapter in a long story. Different threads can be traced from the younger artists working today through artists only a decade old, like the Romanian Adrian Ghenie, to Doig, then to the imminent figure of Francis Bacon.

On a different path, the pop artists who worked at the same time as Bacon, in a surprisingly different style, also have a great influence on many of the artists working today. All of this, of course, is just the tip of the iceberg, with contemporary painters often having monographs of Old Masters lying around in their studios.

With the aim of studying how contemporary painters living and working in the UK use this medium, the Hayward Gallery in London recently organized its exhibition Mixing It Up: Painting Today (until December 12, 2021). Showcasing works by 31 artists, many from other countries, a key part of the exhibition, according to Hayward’s assistant curator Thomas Sutton, is the “vibrant diversity” of painting today.

â€œThe term ‘figurative’,â€ Sutton tells Euronews, â€œcould certainly be applied to many of the works in the exhibition, but for most artists the idea of â€‹â€‹separate genres of abstract and figurative art no longer holds. Influential figures like Lubaina Himid and Hurvin Anderson inspired a new generation of painters to draw on references to the world around them while including more abstract elements.

Others, like Rachel Jones and Vivien Zhang, both overlay referential images in otherwise abstract compositions. It is a composite way of making paintings which is common to several artists in the exhibition.

Sutton’s point of view is certainly correct and applies to most paintings produced across Europe. Nevertheless, the current openness of the art world to the “vibrant diversity” of painting probably means that the public can still expect to see many works with a figurative touch when they visit exhibitions year round. next.