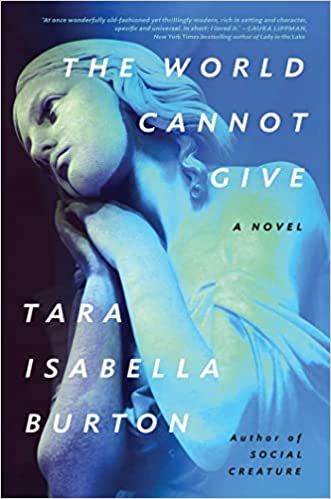 Early in my freshman year at a quirky liberal arts school, some students organized an extracurricular reading of Plato. Symposium in our teacher’s apartment. For practical and legal reasons there would be no wine, but to compensate for this lack of authenticity it was agreed that we would all be present in togas. I don’t remember what conclusions we reached together, if any, but a photograph survived and now lives on my hard drive. These faces look through 25 years with both the sincere desire to walk among robed immortals and the conscious deception of student life. Today, we might borrow a term from the world of movie and game fans and call it LARPing (live role-playing).

Residential education allows for these rapid changes in emotional and intellectual costume. Academic enthusiasms, experiences of identity, and personal or political passions can all flourish on campus. People can do and be many things that they couldn’t do before and maybe can’t do afterwards. They can be serious and they can pose, and they can certainly lose sight of the difference. In Tara Isabella Burton’s new novel, a clique of aesthetes at a Maine boarding school lose sight of the difference between a serious conversion and a political pose. But the consequences go far beyond the embarrassment of an adult taking themselves too seriously and taking their concerns too seriously.

Beginning with the arrival of Laura Stearns, an empty and sensitive freshman transfer student from Nevada, the story takes us into the college atmosphere of St. Dunstan’s. Laura is obsessed with a novel by a former student who died during the Spanish Civil War after writing about – it’s true – student life at St. Dunstan. Anachronisms of the place, like compulsory attendance at the weekly Evensong choir, are as dusty and irrelevant to much of today’s student body as the romantic novelist. But they fascinate Laura, who aspires to aesthetic transcendence, to the “shipwreck of the soul” of which her hero spoke.

The chapel choir, led by a virtuoso, disciplined and domineering student named Virginia Strauss, attracts an awestruck Laura. Virginia, too, is in love with the old novel and its writer. She sees her polemic against “the ossified modern world” (a phrase that goes so far as parody) to be embodied in the struggle of the choristers against the forces of change at school.

A Christian catechumen far more driven by ideas of order and “moral realism” than anything about Jesus or the church, Virginia envisions a future at a right-wing think tank and leads a revolution of some kind. She studies late at night and runs early in the morning with a severity that Laura admires, but it’s unclear what her budding bossy personality wants. Even so, Virginia’s impassioned vagueness drew the other members of the choir, all boys, into her concerns and shaped the group into a recognizable campus faction.

On the other side, a student activist asks to make Vespers optional and to remove the statue of the novelist who, when he died during the Spanish Civil War, was fighting alongside the fascists. St. Dunstan’s turns out to be a microcosm of our contemporary culture war over program and commemoration.

As social creatureBurton’s first electric novel, The world can’t give is driven by the overwhelmed emotional needs, the dynamics of dominance and submission, and the unspoken conflicts that can haunt intense friendships. As Laura tries to become Virginia’s perfect sidekick, she finds herself embroiled in the intrigues and rivalries of the group, avoiding her true desires and courting danger. Breakups, personal and aesthetic realignments, a sex video, and finally a body count are coming.

Laura is not the first impressionable fictional person from the American West to go east for school and find herself in the midst of a sectarian group bound by yearning for transcendence and rejection of the mundane world. that surrounds them. At Donna Tartt’s The secret story, a circle of classics-obsessed students dig so deep into their subject matter that they end up killing a local farmer in a Dionysian frenzy. Tana French borrowed the frame of an island group of graduate students for her mystery The resemblance, in which a murderer justifies his actions on the basis of a kind of Nietzschean commitment to a life of the spirit. This intellectualized murder plot, which may have its roots in the story of Leopold and Loeb or even Raskolnikov, struggles to make the crimes conform to their intellectual and emotional stakes. Everyone in these books better lounge around in bedsheet togas looking silly once in a while.

Burton’s characters in The world can’t give talk about tradition and “the democracy of the dead”. They are afraid of succumbing to the “sclerotic modern world” and swear to become “historical of the world” by fighting it. There is no depth in these shots. The characters pronounce sentences that they have heard or read somewhere. They are, in the strictest literal sense of the word, a reaction, masking the true desires and unexamined motivations of the characters.

And so the story ends up not being about ideas of beauty, religion or the modern world, but about a disturbed and manipulative person’s ability to exploit those ideas – and the sincere aspirations on the surface of which they rest, for any purpose or none. at all. The ideas themselves don’t matter; only the incongruity between ideas and reality counts.

This incongruity is horrifying, and at this level The world can’t give succeeds. But as the plot took its late, dark turns, I found myself wishing it had gone in a different direction. Incongruity is also the basis of comedy, and this tableau of adolescent conflict, yearning and identity crises could have turned into satire.

It’s kind of funny, after all, to have teenage reactionaries (even in boarding school) quoting GK Chesterton and really getting into traditionalist Anglicanism. But why wouldn’t they? Many rare species can grow in a single greenhouse. A cleverly ambitious writer like Burton could give them all a place. But the betrayals and mortifications that these characters suffer are ordinary. Choral Evensong and catfishing, think tanks and sex tapes, love and LARPing: our best and worst mingle at source, and a great benefit of living it all in dorms around a quad is that you’re usually lucky enough to have a laugh after you’ I cried.

The long-dead author of St. Dunstans “wrote a mediocre book and died on the wrong side of history, for no other reason than he was rich, young, and bored,” observes a character toward the end, “and the modern ossified world was the same as it is now, and always will be; world without end.” Amen and amen. It’s a lesson better taught by failure and disappointment than by madness and chaos. But somehow the knowledge only comes when we take off the costume.